Some relationships are just a royal pain

Humor: A prince and pauper 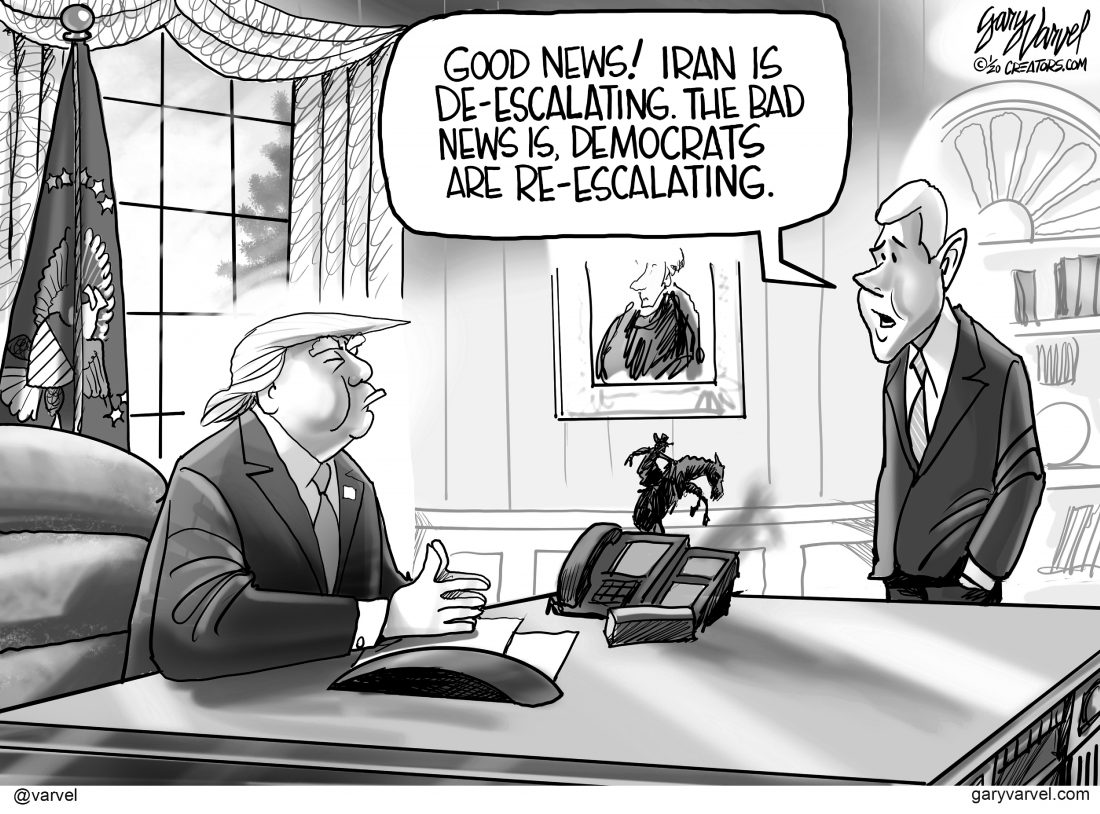 Unless you’ve been in a cave for the past few months, you probably know that Prince Andrew was a pretty good friend of Jeffrey Epstein. That’s almost as bad as being a good friend of Bill Clinton. Being a friend of Epstein will not help you get a job working as a high school cheer leader advisor. A resume defining one as a friend of Epstein doesn’t work out too well for one’s reputation. Ask the many of the Washington D.C. swamp trying to hide that info from coming out.

It seems as though the Queen of England doesn’t like Andrew’s friendship with Jeffrey, either. The Queen, known as mummy to her children, recently fired her son Prince Andrew from his princely royal duties. Is that really such a good idea? That affords Andrew with a lot of extra time on his hands which might not be a beneficial to sign school-aged girls around the kingdom.

I didn’t realize a Prince could be fired, did you? I figured that once you’re a prince, you’re a prince for life. Didn’t being born a son of the Queen automatically make Andrew a prince? Maybe he’s still a prince but without princely duties. Is he still the Duke of York or has he been deyorked as well as being dedubbed as a Prince. I assume you get dubbed a prince or is dubbing just for knights. If he’s been demoted, Is he now a baron, or a count? Maybe he’s a vassal. I don’t know. This royalty stuff is just so confusing.

Does the Queen have to take dubbing lessons or was she born with the natural royal talent to dub? There are simply so many questions about the royal family that I don’t know. My research staff is going to have to look into these matters and I’ll report back to you.

All may not be lost for Prince Andrew. In this day and age of Kaitlyn Jenner and gender fluidity, Andrew may have a new opportunity. ( By the way, whatever happened to Kaitlyn?)

If Andrew is a dedubbed Prince, couldn’t he declare himself a princess? He could be redubbed wearing a tiara and gown and become the Duchess of York and Princess Andrea. That’d be cool. He’d be back in the Royal Family with new princessy duties to do. Yeah, but then the Queen would catch on to what is really happening and dedub him/her of his/her royal duties and he’d/she’d be just sitting around the castle again with nothing to do but polish his/her tiara.

Now that Andrew’s been relieved of royal duties, he probably doesn’t have much to do. What do you say Chautauqua County hires him to be our prince? I think we could use one. He could be Andrew, Prince of Chautauqua.

Just think of what a tourist attraction he would be? Imagine that his less-than-royal-lowness was going to toss the ball at the opening tip off at the Dunkirk-Fredonia high school basketball game. Of course, we’d have to keep him away from the cheerleaders, but people would flock to the game from all over the state. One could get a picture taken with him at halftime for $20 bucks a crack. He gets $10 and we get $10 to help lower our taxes.

Andrew could be a major attraction at the county fair in Dunkirk. There’s the Prince of Chautauqua smashing the first fender bender in the Demolition Derby. We could have a dubbing tent. For a hundred bucks you could do some dubbing of your own. I , —— , dub thee Andrew, Prince of Chautauqua and Duke of Stockton. I dub thee Knight of Bubba, and the King of Crash.

It’s going to be a royal old time

I’m sure that you know that President Trump has been impeached for abuse of power, obstruction of congress, meanness, rudeness, and generally being a tooty patooty. It all started with his phone call to the President of Ukraine because that Russian thing didn’t work out as expected.

That phone call was described by Trump as a “perfect phone call.” Well, I doubt if it was perfect. Nobody makes a perfect phone call, especially when you’re on the phone seeking tech support with a blank TV screen mocking you. Believe me, my phone calls have been much less than perfect.

The first call that failed to meet perfection was Adam calling Eve. Yup, the Garden of Eden had phones and voice mail. Adam made the first call and boy did he ever mess up, as Trump would say, “big league.”‘ Here’s the transcript of the message that was left on Eve’s voice mail..

“Hey, Eve, after you get done looking for your navel, which you don’t have, I’ve got a job for you.

Go over to the Garden and pick some fruit. Get some from the Tree of Wisdom, the Tree of Happiness, the Tree of Wonder, The Tree of Surprise and the Tree of Knowledge of Good and Evil. I know that God told me not to eat the fruit from that good and evil one, but hey, what can go wrong? For crying out loud, it’s Paradise.

And, by the way, sweetie, there’s a serpent out there by those trees. He looks a bit slimy but he’s OK. I’ve checked him out and he’s a pretty good guy. You can trust him. See ya later.”

Moving right along in Biblical history, we come to the sad story of Goliath. You remember him, right? He was that big galoot, giant from the Philistine army that was aiming to put a big hurt on the Israelites. Goliath called up the Israelite general and this is the transcript of that less-than-perfect phone call.

“Yo, punk, this is Goliath, the guy who’s about to crush you bunch of, chicken-livered, soy boy pansies. If you all don’t want a dirt nap, send out a man to kill me, and if he does,(ha-ha, lots’ a luck,) then we will be your servants. Excuse me for giggling at the thought of that. That’s because I will crush your man like a grape and you will be our servants, you silly, itty bitty, girly men.”

“As a matter of fact, I hear you’ve got a little munchkin name David who thinks he can take me down. If he’s stupid enough to show up, tell him to bring that slingshot so I can shoot his head back to you wimps as a gift. See ya in the valley, you punk-ass nerds.” (Here’s little known historic fact. It is believed that Goliath was the first to ever label someone a nerd until Barney Fife came along.)

Here’s another historic less-than-perfect phone call. This was left on President Lincoln’s voice mail. It’s from a guy named Morty. My research staff concluded that he was the art director of Washington’s Ford Theater. This is the transcript of that phone call found in the blunders archives.

“Abe, darling, how’s it feel to be done with that pesky ole war? You dear man, you must be exhausted. Those darn old wars will do that to you. So how about coming to the theater tonight as my guest. You and Mary will have seats in a private box. They’re the best seats in the house. You will be delighted by the production of Our American Cousin. It’s a real hoot. John Wilkes Booth is the star. He is an absolute jewel in this comedy. It’ll be a laugh riot and a pleasant brake from that naughty old shooting nonsense. In fact, following the performance, I’ll introduce you to Boothy. He’s a real pussycat. Maybe we’ll get a shot of you two for the paper. It’ll make a great picture. You can pick up your tickets at will call, sweetheart. See ya later you ole log splitter, you. Ciao.

Finally, my research staff tracked down this less-than- perfect call from Captain Edward Smith. He was the captain of the Titanic. This phone call will go down in history as a huge “oops”. It was a call to the office of the lifeboat manufacturer.

“Hey Tim, this is Captain Ed from the White Star Line. Do you remember that order I put in for 200 life boats for the Titanic last week? Well, forget about it. The builders tell me that ship could blast through a mountain with no problem. So there ain’t no little old iceberg out there that could touch this baby. This ship can cut through any old chunk of ice like a hot knife through butter. So send us about 10 just in case we need them for some life boat races. That’d be scream for the passengers. They’ll love it.”

Nin Privitera is a Fredonia resident. Send comments to editorial@observertoday.com

I came home from playing another exciting five-hour session of Dungeons & Dragons at my brother Gareth’s ...

Bipartisan days are gone — for now

I am a Democrat, so it might seem strange for me to be concerned about the future of the Republican Party in Albany ...

Getting the word out

Too late to learn new things? Never! I love words. I keep a special spiral notebook of words new to me. Once, of ...

What happened during the night?

I noticed an unrecognizable number displayed on my telephone. Along with countless others, I received robo calls ...