With clinic, no more ‘looking the other way’ 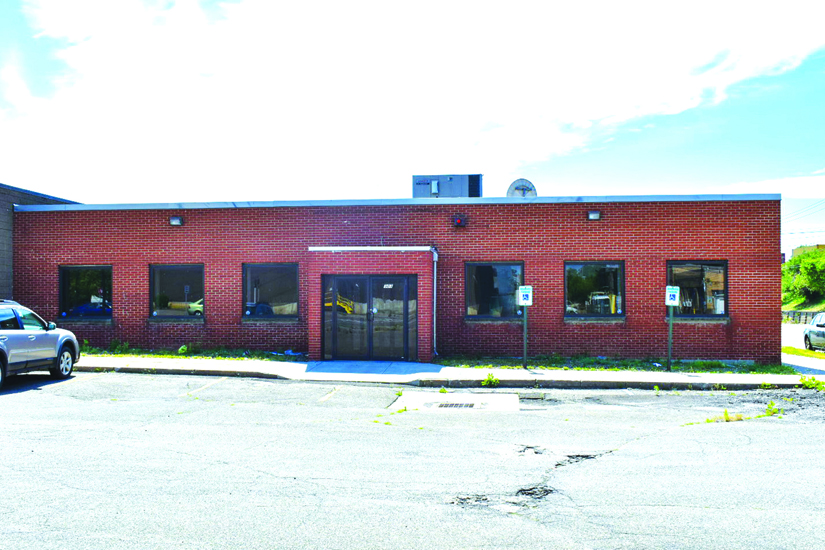 OBSERVER Photo The methadone clinic is slated to go at Third and Main streets in Dunkirk.

In this segment of REBT, we will be looking at the “clinic,” treatment coming into Dunkirk, the nature of the field of chemical dependency in 2020 and the dedicated counselors that remain in the trenches without much of a voice to help set policy, even though they deal with the disease daily.

First, the clinic. As the articles in the OBSERVER state, the clinic will distribute methadone and also treat chemical dependency. The fact that Hispanics United will run both isn’t news. I’m sure they are capable, having run other clinics in various locations. I was never settling on any one agency supervising a clinic. I’m really glad that clients are going to benefit from having a methadone clinic in Dunkirk, instead of having to drive to Buffalo daily. Good job!

Secondly, the overriding thoughts that can stall this clinic are “contempt before investigation.” The arguments against the methadone clinic have already begun. It appears that Hispanics United has a plan in place to bring the clinic to fruition. If this were a cancer clinic, heart disease clinic, dialysis clinic, probably no debate would start. Unfortunately, because of being a chemical dependency clinic, people will be allowed to take their shots and probably affect its opening.

Chemical dependency isn’t put into the line-up with heart disease, diabetes or cancer. Noted, the disease concept still rages on as to whether it should be classified as a disease. I’ll make it simple. More than 650,000 people have overdosed and died in our society since 2015. If this is not a disease with dire effects, then I don’t know what other effects and proof can be presented to educate the public that in the end, “jail, institutions and death” are the final behaviors to look forward to. Drug dealers do not hang around drug clinics. They already have their procedures set up. They have their own customers,

But those against clinics will appeal to people’s emotions, and season that with irrational thinking to create fear. Agencies like Hispanics United have been through this before, because of lack of knowledge, prejudice or any other set of irrational beliefs, helping centers like the methadone clinic will continually be under fire.

One city resident wrote to me and stated, “the only reason you are in support of this clinic is because you want a job there.” It’s really humorous, because at 79 years old, if I wanted a job in CD, I’d have one. Watching people suffer in their recovery or the powers to be that “run the show” leaves 36 year counselors sad that common sense doesn’t prevail. Furthermore, if I wanted a job in the clinic, I wouldn’t have turned my CASAC license in to OASIS this past June.

All clinics have their own philosophies about addiction and recovery. I’ll give the clinics a sample of what used to be solid recovery. As an out-patient counselor, I had no control of what came through our doors for treatment. Treatment was counselor-based with client participation in treatment planning and following the counselor’s treatment plans. In terms of self-help. AA and NA were highly recommended. “I don’t want to go, or I tried both, they don’t work, or I don’t like telling people my problems,” wasn’t in the cards, because to get better, people need a program that covers mental, physical and spiritual conditions in their recovery. Volunteer work, getting a GED, work experience were all a part of the program. Abstinence was the goal. We didn’t terminate anyone in early recovery. Relapses were expected, however people were strongly urged to use AA, NA, sponsorship and recovering people to get better. If a person kept relapsing, he or she would have 1:1 increased, group therapy increased, or levels of care changing from out-patient treatment to 28- to 40-day in-patient treatment. If the disease had progressed further, halfway housing from six months to a year or more would be an option. Some of my clients went beyond halfway housing to supportive living for two years or more. That included work experience, college completion under supervision. Many, many clients at Friends of Caz Manor are still sober today because of programs such as these. Notice I have presented to you a structured program based on counselor-client relationships, with the counselor in charge guiding the client. All I will say about today’s treatment is that it doesn’t resemble where we came from.

In terms of today’s treatment, “harm reduction” is going to kill our field and bring numerous lawsuits in the future. Harm reduction, simply put, is that if clients are in treatment, say getting methadone daily for heroin use, then there is no other drug like cocaine that should be showing up on their drug screens. One counselor told me that, “as long as they are not testing positive for heroin, I don’t worry about it, because it is not their drug of choice.”

Talk about “looking the other way.” It helps keep people sick and prevents them from taking responsibility for their behaviors.

Being on time for groups, 1:1s and other meetings used to be a key in building self-worth that “I can do this.” In many treatment centers, these behaviors are never referred to.

REBT and my treatment programs have been based upon the golden rule that states, “treat others the way you want to be treated.” Recently in speaking with counselors and supervisors, aggressive behaviors toward counselors and clients has appeared without having the individuals accepting consequences for this type of irrational thinking and behaviors.

Our motto at Tri-County was always, “random acts of kindness,” because if one is truly going to recover, then their treatment of others is crucial.

Finally, I feel sorry for today’s counselors because of the lack of guidance they are receiving. They are given things like “harm reduction” and whether they agree with it or not, are expected to work with it. A new counselor told me, “I know what you are saying about abstinence, and I agree with you. If I want to keep my job and this is the path my agency goes down, what do I do?”

Good question. No answer here. Let your conscience be your guide. I had 14 jobs in my lifetime. I’ll leave it there.

Mike Tramuta has been a CASAC counselor for more than 30 years. Call 983-1592 for more information.

Our area in Western New York state is a most beautiful and productive geographic location. Today in our column, we ...

Schools need funds to be ready to open

New York’s Health Department has released an extensive list of guidelines that schools will need to follow before ...

In case you were wondering if they still exist, they do. There are still honest and caring people in the world. I ...

For the last six months I have sat back, watched and listened to what has happened to the city of Dunkirk since the ...

Like all of us who live and work here, I am proud to be a Western New Yorker. Part of what makes Buffalo the City ...

Steady readers know I welcome the returning geese each spring, waiting – and documenting – how many hatch and ...