Lake Erie levels, like other Great Lakes, are rising.

Dunkirk’s waterfront, like so many other rust-belt cities, is a victim of its past industrial era. During the city’s heyday, waters were treated as an asset for transportation of raw materials and products.

But when those same manufacturing plants and the steel mills were running full throttle, Lake Erie’s health was going unchecked and gradually became a cesspool. Toxic waste from those businesses normally flowed into the waters with great disregard. It took a toll on the body’s beauty and its aquatic life.

Stricter regulations and an exodus of many of those businesses over the last 50 years have brought an environmental change of improvement. When it comes to fishing and the outdoors, Lake Erie is a major destination — from across our country and worldwide.

Thousands trek to our region each year in search of a fish synonymous to Dunkirk: the walleye. You see the boats at the marina from late spring through early fall, so the anglers are here.

Our next step, with the lake in a healthy state, is to start building on that surge in tourism. The first step to doing that is taking a close look at the waterfront.

Dunkirk and Rebecca Yanus, the city’s development director, have done a lot right in recent years. There have been improvements to Point Gratiot, Wright Park and plenty of community involvement regarding a comprehensive plan.

Where action appears to be lacking, especially in the last three years, is on Lake Shore Drive where the waters are the most evident to many community members. Take away the summer festivals and Music on the Pier and there remains plenty of potential.

There also is a significant road block: the former NRG Energy Inc. plant. With the company giving up on its city site last summer, Chautauqua County, the Industrial Development Agency and city recently announced the Appalachian Regional Commission awarded a $60,000 grant through its Partnerships for Opportunity and Workforce and Economic Revitalization — POWER — Initiative, which is to be matched with $60,000 of local cash and in-kind contributions, to undertake a feasibility study to investigate opportunities for repurposing the mothballed facility in the city of Dunkirk.

While NRG may be on the sidelines when it comes to Dunkirk, company officials are upbeat regarding the possibilities. “We share the community’s desire to see the site repurposed and will watch with interest the Appalachian grant study to see what ideas may come out of that effort that could help inform and ideally attract developer interest in the site,” said David B. Knox, company spokesman.

Since NRG controls the property, it is reassuring to see they do have an interest in what the future entails. While here, the company did a great deal to reduce emissions and be a caretaker for the waters.

“Our hope is that we might find a well-qualified and responsible buyer that would be able to either utilize the existing infrastructure or redevelop the site for another use, as may be appropriate as quickly as possible,” Knox noted. “Toward this goal, Dunkirk has been and remains open to engaging with entities that may be interested in the site.”

For many of us, it is impossible to picture our shores without the mammoth facility. Once a key cog to the community, however, it is now — more than ever — a nuisance. High costs will come with any site cleanup as well as any proposals for the plant even if it does produce power.

In a February meeting on the city’s comprehensive plan at Dunkirk High School, some suggested the location as a potential casino. U.S. Rep. Tom Reed said earlier this week he is open to that and other “creative” options.

“I don’t want to limit that discussion,” he said. “I want to let the creativity of the professionals as well as the community step forward and see what is a viable use for that facility going forward.” 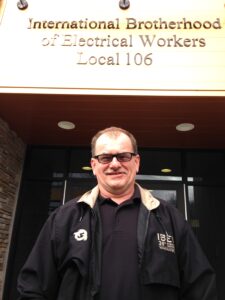 Stockton display at fair gets ribbon

‘Big hit to us all’: County offers help after traumatic week

Stockton display at fair gets ribbon