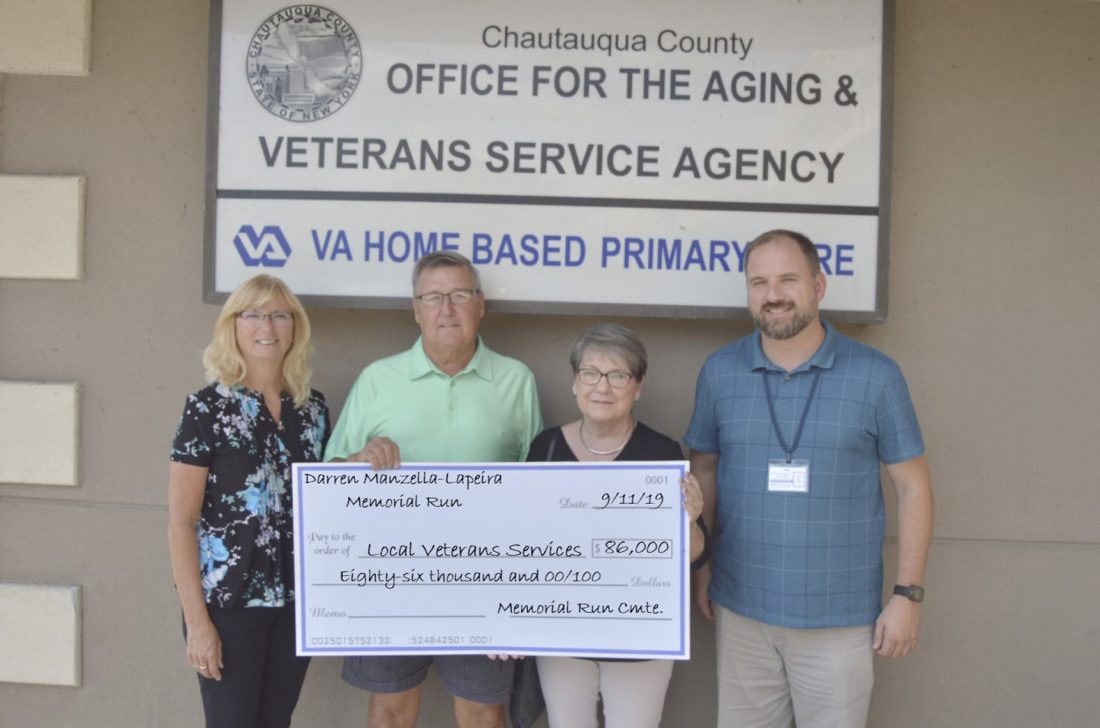 Darren Manzella-Lapeira defines an American hero. He bravely served our country. He then proudly challenged the military’s “Don’t Ask, Don’t Tell” policy that was repealed in 2011 in the United States. Upon leaving service, the U.S. Army medic and civilian used his military experiences to help veterans and current service members.

A native of Portland, Manzella-Lapiera died in an unfortunate automobile accident in 2013 near Rochester. Family and community members from the Brocton area mourned — and then created something that will leave a lasting legacy: Darren Manzella-Lapeira Memorial Run.

For six years, the event raised funds to go back to U.S. veterans — for assistance with paying rent, utility bills, medical bills, day-care costs, car repairs and more — as well as a scholarship for students with a family connection to the military. All told, more than $86,000 has been raised in those events.

This year, the family and committee announced the event has reached its finish line. “We are grateful to our sponsors, donors, volunteers and community organizations that have contributed in any way, shape or form, their time and effort to support the run over the past six years,” Nancy and Mike Manzella, parents of Darren said in a joint statement.

Those funds raised, which are held by the Chautauqua Region Community Foundation, will be helping veterans and community members for years to come. That is a tremendous, heartfelt gift and tribute.

Some area school district budgets reflect tough decisions. Those made by Cassadaga Valley Central Schools, which ...