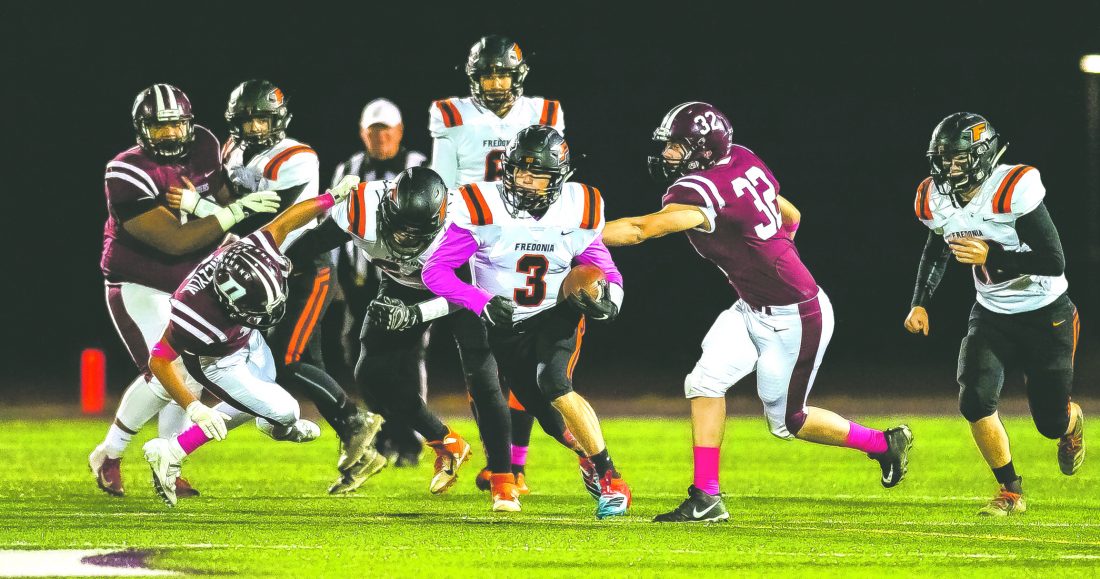 What a way to rain on a Homecoming. Fredonia’s Dalton Gardner had a night many will not soon forget.

The Hillbilly running back tallied almost 400 yards of total offense in leading Fredonia to a 45-16 victory over rival Dunkirk on Oct. 18. Almost all of his scores were sudden bursts that went from 55 yards to 70 and 74 yards.

“I’m a wrestler, but honestly there’s nothing that compares to Friday night lights. I wanted to give everything I had to play against this team one last time,” he said following his spectacular evening. “Wrestling is the greatest sport to prepare you, especially for football, but for life in general. I’ve been through a lot tougher things in terms of weight-cutting or wrestling matches where this seems like nothing. … In wrestling it’s one on one, if you’re down, it’s up to you to come back to win that match. That’s how I felt today, I took it personal. I took it into my own hands when I got the ball.”

As the fall sports wind down, we salute Gardner and all the athletes who have contributed to the season.

A recent report card offers a mixed bag regarding how our local governments are doing when it comes to transparency ...