U.S. policy regarding the granting of asylum to would-be immigrants ought to be based on the facts of their situations — not on technicalities. Yet, according to an Associated Press report, many asylum seekers are falling victim to just that.

According to the AP, the new policy “forbids anyone from applying for asylum at the U.S.-Mexican border if they traveled through another country to get there.”

In other words, a family whose life is threatened by Islamic militants in, say, Syria would have to find a way to travel directly to Mexico in order to apply for asylum at the U.S. border with that country.

When one is fleeing potential danger, one’s first thought is simply to get away from the point of that hazard, not to plan a non-stop trip to Mexico.

Many legitimate asylum seekers travel through other countries on their way to the U.S.-Mexican border. Denying them refuge based solely on their itinerary makes no sense. President Donald Trump should order that the new policy be reconsidered.

American Red Cross officials are making an annual call again this winter: blood supplies are low and there is an ... 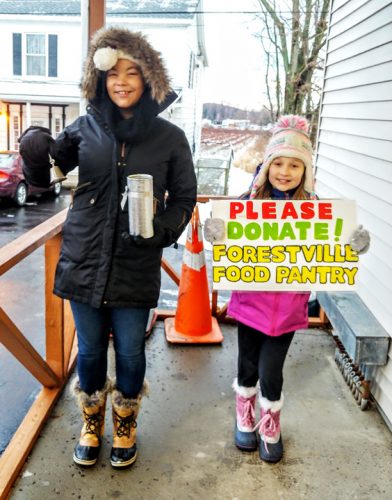 Brocton’s major eyesore — and dangerous structure — will be coming down by the middle of March. Located at 14 ...

Puerto Rican Gov. Wanda Vasquez is fighting back against the corruption and inefficiency that hindered efforts to ...

It is doubtful there has been any sort of healing that has happened in this community since Friday’s announcement ...