Our fellow Americans in Puerto Rico just can’t seem to catch a break. Still attempting to recover from Hurricane Maria in 2017, many on the islands have been affected by a strong earthquake this week.

In comparison to the hurricane, which killed nearly 3,000 people and caused nearly $100 billion in damage, this week’s quake was not serious. Just one death has been reported by authorities.

But the 6.4-magnitude quake was bad enough. By Wednesday, about 250,000 Puerto Ricans were without water. The homes of many were damaged badly or destroyed.

Perhaps the worst aspect of the disaster is that is sets back efforts to recover from the 2017 storm.

President Donald Trump already has pledged to send aid to Puerto Rico. The quicker it can be delivered, the better.

These are our neighbors. We, their fellow Americans, want to help. 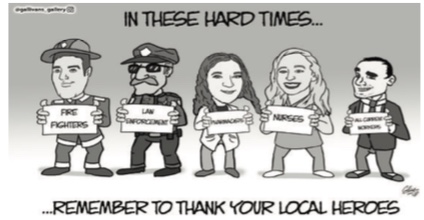