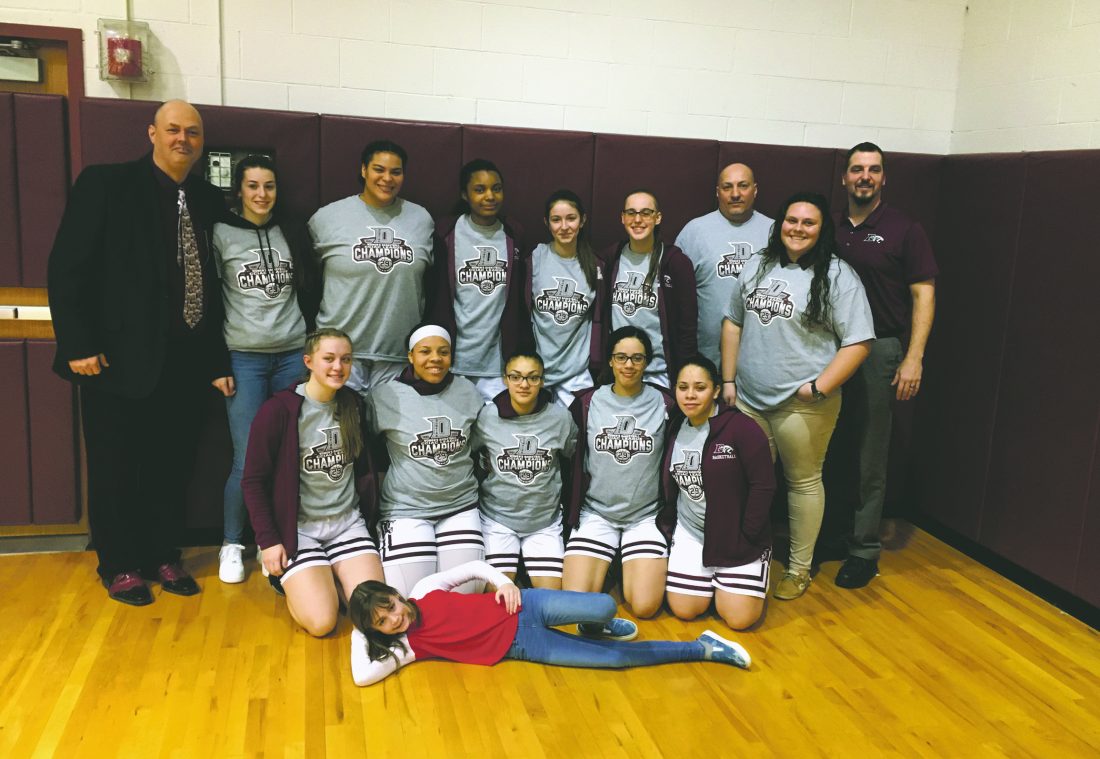 There was plenty of Marauder Pride on the afternoon of Feb. 15. For the first time in 19 years, the Dunkirk girls basketball team won a league title. In addition, a second player went over the 1,000-point mark.

Without question, this is a season to remember for this talented group. “They put in a lot of work,” said Coach Ken Ricker following the win over Olean on that banner day. “They took a lot of lumps earlier in their career, but they’ve really worked hard. … There is a lot of resiliency in that class, there is a lot of character, and it’s nice to see them reap the benefits.”

Losing only once all season, Dunkirk has a lot to look forward to as the sectionals begin this week. Seniors Jessica Beehler, Amari Carter, Kymi Nance, Nadara O’Dell, Olivia Smith and reserve Kaitlyn Davis have plenty of reason to be proud.

And more memories may be in store for this special group.

Some area school district budgets reflect tough decisions. Those made by Cassadaga Valley Central Schools, which ...