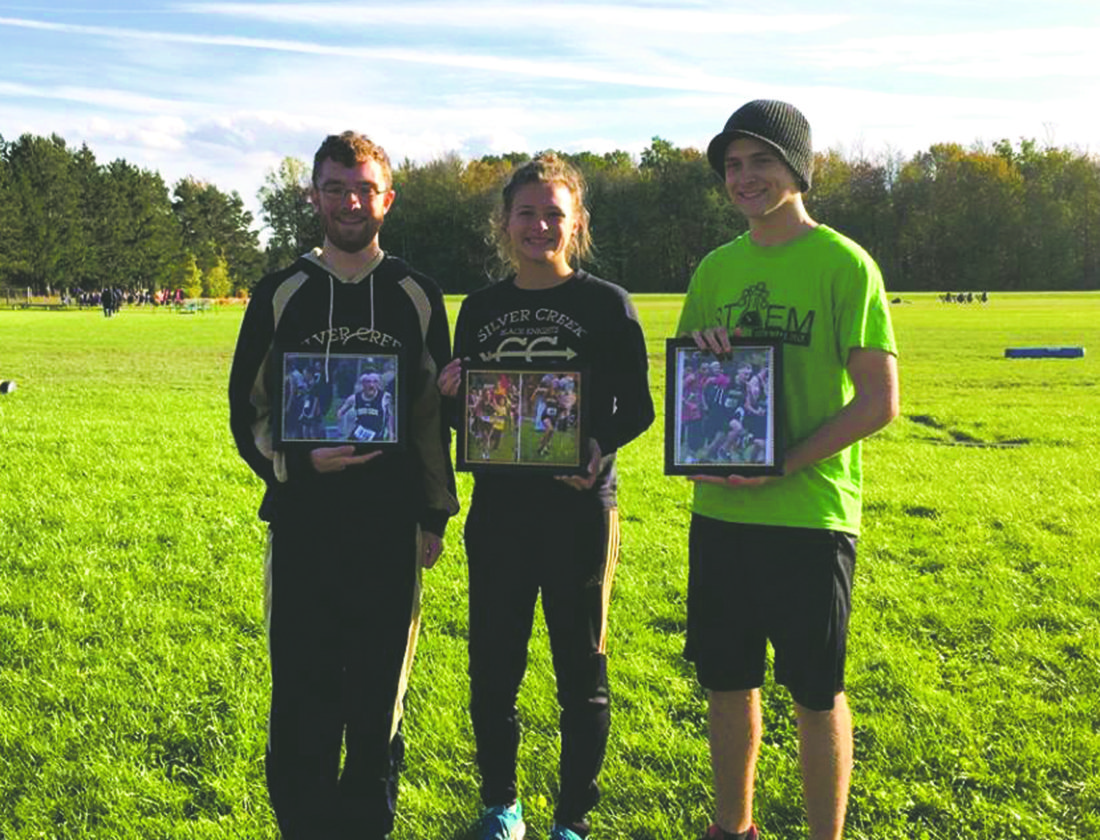 “They have grown so much over the past six years and become such positive and influential members of the Silver Creek Community,” says assistant coach Raymond Graf. “It was special to recognize them publicly and give them an opportunity to run on their home turf in front of family and friends. It takes a community to care and I think the opportunity yesterday has inspired others to grow into the kinds of young men and women our three seniors try to be and live up to.”

Wilson, who is active in performing arts at Silver Creek (he starred in school productions as Gaston in “Beauty and the Beast” and “Snoopy” in “You’re a Good Man, Charlie Brown”) is looking to have a career in music, possibly at the State University of New York at Fredonia.

Dole is joining the National Guard and has been very motivational this year, running only his second race ever on Oct. 22.

League, who was “Knight of the Year” for personifying the Character Strengths emphasized by the district, has been accepted into Jamestown Community College’s Pre-Occupational Therapy Program.