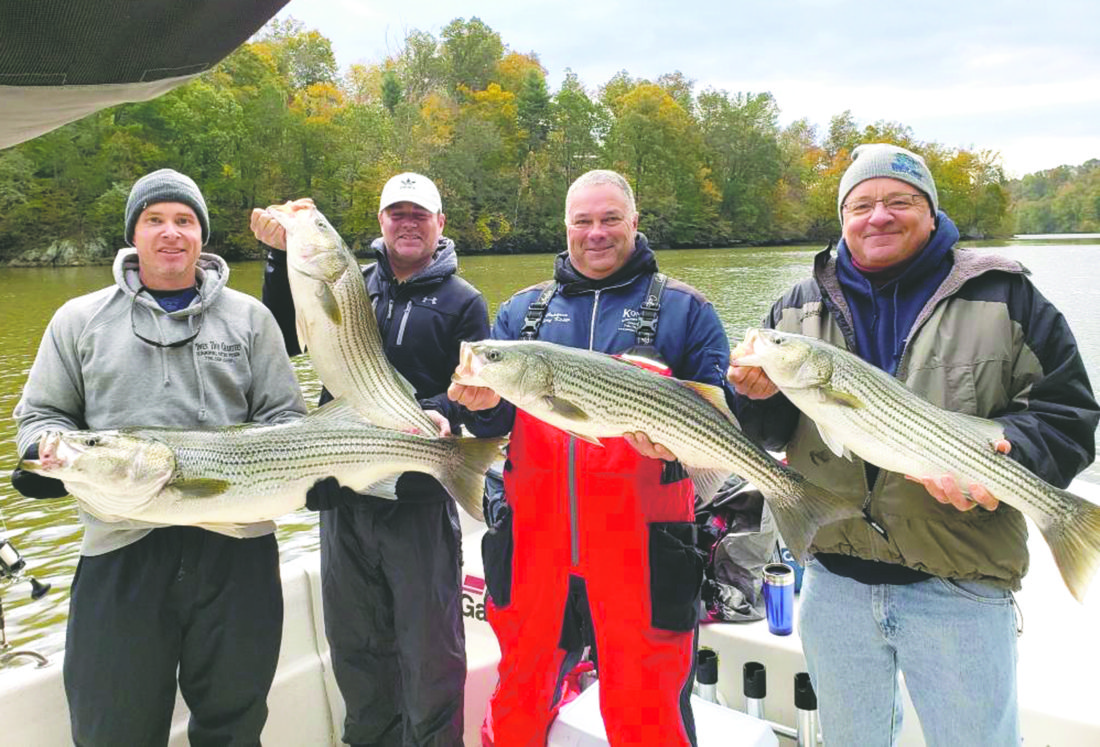 It is after Halloween, the temperature is getting colder, the leaves are falling, and the rut is showing signs of it’s arrival. It’s GO Time.

Most of the hunters I talk to admit that it is not very enjoyable to be sitting up in a tree 20 feet from the ground, in a driving rain, with the wind making you want to hold on for dear life. That is what has been the norm for weather patterns lately, but in less than two weeks it will be fire arm season. Officially firearms season opens on Saturday, Nov. 17 and lasts until Dec. 9. Archery season opened on Oct. 1 and will last until Nov. 16, with the late season reopening from Dec. 10 until Dec. 18.

On Saturday, Cross bow season opened, offering a piece of both worlds. Die-hard archers will argue that a cross bow is not archery, even though the hunter uses a short arrow type projectile some times called a bolt that is tipped with a razor sharp broad head. The bolt is propelled by a string mechanism, that locks into place, when fully drawn. A cross bow, however, is not even considered archery equipment in New York. You are not required to take a bow hunter course to use a cross bow, but you must be at least 14 years of age to hunt with a cross bow, while youth archery starts at age 12. If you want to hunt with a cross bow you must purchase a muzzleloader stamp/tag, even if you don’t intend to hunt with a muzzleloader.

A cross bow is equipped with a stock and held like a shot gun or rifle, and with a good scope, a new hunter can become pretty accurate at ranges up to 40 yards in a relatively short period of time. I, personally, don’t think that is a bad thing. When cross bows were first introduced into effect in NYS it was a savior for those with infirmities, like bad backs or shoulder injuries, or those plagued with arthritis. Now, a new segment of the hunting force has joined the cross bow movement, the farmer. One of my contacts who works selling the implements divulged that over 1000 cross bows were purchased in the last two years, by hunters who wanted a crack at those big bucks a few weeks before the firearm season starts. And who can blame them. The cross bow is another management tool. We need to keep after our legislators to have the cross bow afforded the same privileges as archery. It has reportedly been held up again in the State Assembly. Our hunting fraternity is dwindling, and we are fighting amongst ourselves over hunting privileges. There are plenty of deer out, there for the taking.

Just a reminder, additional DMP (formerly called doe permits) went on sale on Nov. 1, where hunting licenses are sold. There were a number of permits available in our local units too! Hunt safe. If you do purchase a cross bow, be sure to have a knowledgeable salesperson show you how to safely utilize this implement and read the hunting regulations booklet.

Calendar: There is an outdoors show at the Cattaraugus Little Valley Fair grounds today. Show times are 9 a.m. until 3 p.m. Admission is $5. For more information contact Jim Miller at 938-6928.

The monthly meeting of the Bear Lake Rod & Gun Club is today, starting at 4 p.m. Dues are due.

Conservation Club members are asked to bring a non-perishable food item to the club on Tuesdays during hunting season for the Hunters Helping the Hungry program. All canned food items will be donated to charity during the Christmas holidays. Thanks!

The Lakeshore Longbeards our local chapter of the National Wild Turkey Federation will be having their next meeting on Tuesday Nov. 20, at Liberty Vineyards Winery located on Route 20 in Sheridan. The agenda will include the introduction of the new Regional Director Brain Gottfried, as well as a look at what will be available for the 2019 membership drive/fundraiser. The banquet date has been set for Saturday, Jan. 19. The meetings are always open to the public.

Free Monday night fly tying instruction has resumed on Monday nights at the Northern Chautauqua Conservation Club, located at Mullet Street in Dunkirk. Classes are for all levels of fly tying, but especially for beginners. No equipment is necessary. All participants get to keep their productions. Classes are from 6 p.m. until 8 p.m. The classes are open to the public. Sometimes they even have homemade cookies!

The Children of the Stream Youth Fly Fishing Program will be starting its 18th year of providing weekly free fly tying and fly fishing classes to both youths and adults in our area. Note that classes will switch from Wednesday evenings from 7 p.m. until 8:30 p.m. to Tuesday evenings at the Costello Community Room (P84) in the new addition to the Rockefeller Arts Center at SUNY Fredonia. You do not need any prior experience to attend these classes, and the course is geared towards ages 10 and older. For more information contact Alberto Rey at 410-7003 or alberto@albertorey.com.

On Dec. 8 and 9, a gun show at Harbor Creek Fire Dept. Social Hall, located at 7275 Buffalo Road, US Route 20 located between North East, PA and Harbor Creek, PA. For details or information, contact Larry Spicer at 716-792-9972 or go to LRgunshows@gmail.com.

Just a reminder that I am always looking for a good hunting, fishing or trapping story, to share with our readers. I am usually available for photos too by calling 366-1772 or 467-2079. Good luck and enjoy your next outing.