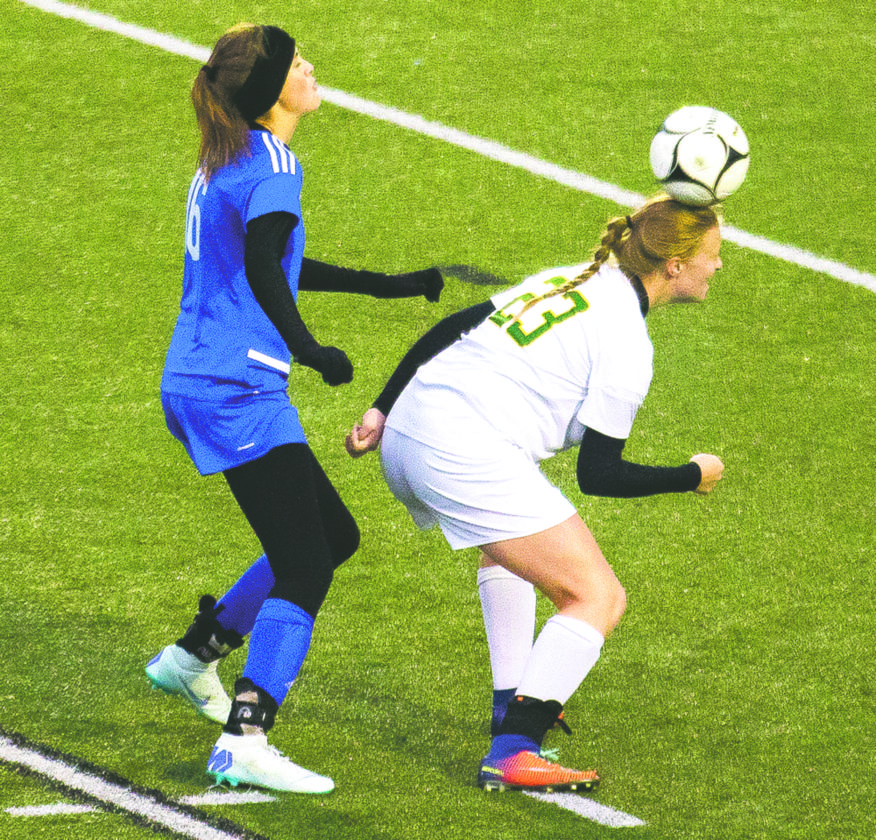 WEBSTER — North Collins went into Saturday’s Far West regional game without having to play Wheatland-Chili, who beat them the last two years, because they moved up to Class C.

This time, the North Collins Lady Eagles girls soccer team was competitive against an unfamiliar opponent on Saturday night in the Class D Far West Regional, matching everything that Section V’s Kendall did. However, a late goal was just enough to lift Kendall to a 1-0 victory at Webster Thomas High School.

“We had many opportunities and chances, but they actually had the shots put on net,” said North Collins coach Vince Fininzio. “They are a solid passing team and did a good job to get open.”

The first half was evenly matched, with both teams having multiple chances. North Collins started strong with the possession. Kendall then had their chances in the middle of the half. Myah Gabel played aggressive in net, coming off the line and to retrieve the balls from many of the shots that came her way from different directions.

North Collins also had their own opportunities, dominating the last ten minutes of the half, but were unable to connect. 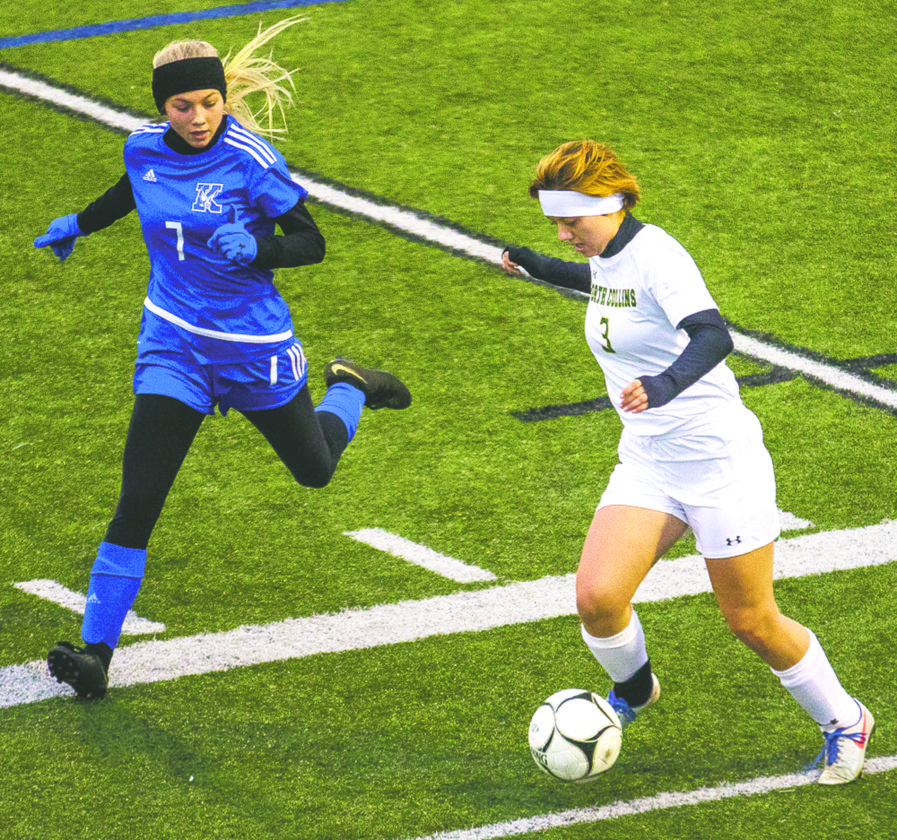 In the 30th minute, Becky Holmes received a pass from Destiny Neamon around the 18 yard line, but her shot was also saved by Kendall goalkeeper Katherine Pearson.

The Eagles continued to keep the possession of the ball and a free kick by Emily Winter was headed on target in the corner of the net. Kendall’s Pearson made the save, which resulted in a corner kick. The corner was on target to an Eagles player in the box, but the shot was blocked by Kendall to eliminate any threat to score.

Kendall picked up the pace in the second half, controlling the possession with precise passing and working together to get the ball up the field. North Collins tight defense in the box forced many long shots, which Gabel was in perfect position to come through with the save. In the 67th minute, Kendall was awarded a free kick just outside the box. The shot went off Gabel’s hands, hit the crossbar, and the rebound was then saved by Gabel.

On the counterattack, North Collins brought the ball up the field quickly where Madison Turnbull placed a perfect pass in the box that could not be finished. The Eagles dominated the next five minutes. North Collins received two corner kicks, where the second corner kick brought out the goalie with the ball being loose, but the shot sailed wide of the net. Lina Young also made good contact with the ball, but a quality save deterred the possibility to score.

In the 76th minute, Hailee Mitchell dribbled through three Eagles defenders to get a shot from the 10 yard line that she buried into the corner of the net.

“She is a great player that can get off a shot on her own,” said Fininzio. “We did a good job containing her most of the game, forcing many long shots, but in the end, she got through the defense to get the goal.”

North Collins recorded ten shots on goal, while Myah Gabel made 21 saves in defeat. “Myah has done a great job getting herself into position and making it difficult for her opponents,” Fininzio added. “With many quality saves and good movement within the box, she helped keep us in the game.”

Kelsey Mallaber, Emily Winter, Destiny Neamon, Bella Williams, Kaitlin Yetter, and Veronica Maciejewski will all graduate this year and played their final game for the Eagles.

Fininzio said, “Some of these girls have been part of three sectional championships and that achievement is something to be proud of because it shows their commitment and dedication.”