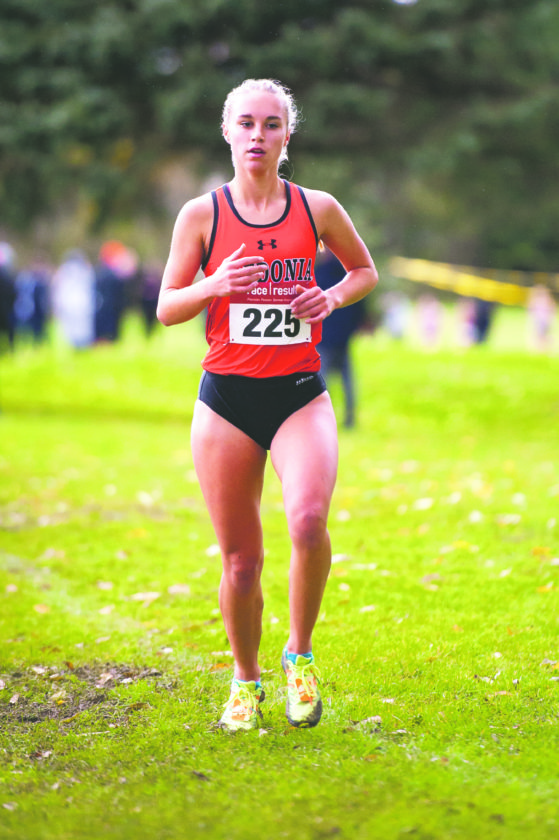 After another cross country season was put in the books, the Chautauqua Cattaraugus Athletic Association announced the 2018 All Stars for large schools and small schools. Dunkirk and Fredonia each had a runner take home the title of “Runner of the Year,” as Dunkirk’s Anthony Ruiz and Fredonia’s Emily Brown claimed the honor.

Ruiz, a senior, was regularly among the area’s top runners on the season. The Dunkirk standout finished first at the Lake Erie State Park course against Fredonia, Silver Creek and Catt./Little Valley; Collins Conservation Club course against Gowanda, Franklinville and Frewsburg; over Southwestern in Lakewood and over Jamestown and Olean in Jamestown.

Fredonia’s other state finalist, Diego Rey, highlighted the First Team All Stars, among boys runners from large schools. Rey, like Brown, also earned a medal for a top 20 finish at the state championship meet. Rey also was selected to compete in the New York State Federation race, but the meet was canceled due to poor weather conditions.

Among small school runners, Maple Grove’s Peter Auer and Ava Crist each earned Runner of the Year honors. Riley Auer, Frank Colburn and Darius Jones all made the First Team for Maple Grove, while Nick Brunenavs and Drew Kelleman made the Second Team and Tyler McPhearson earned Honorable Mention.