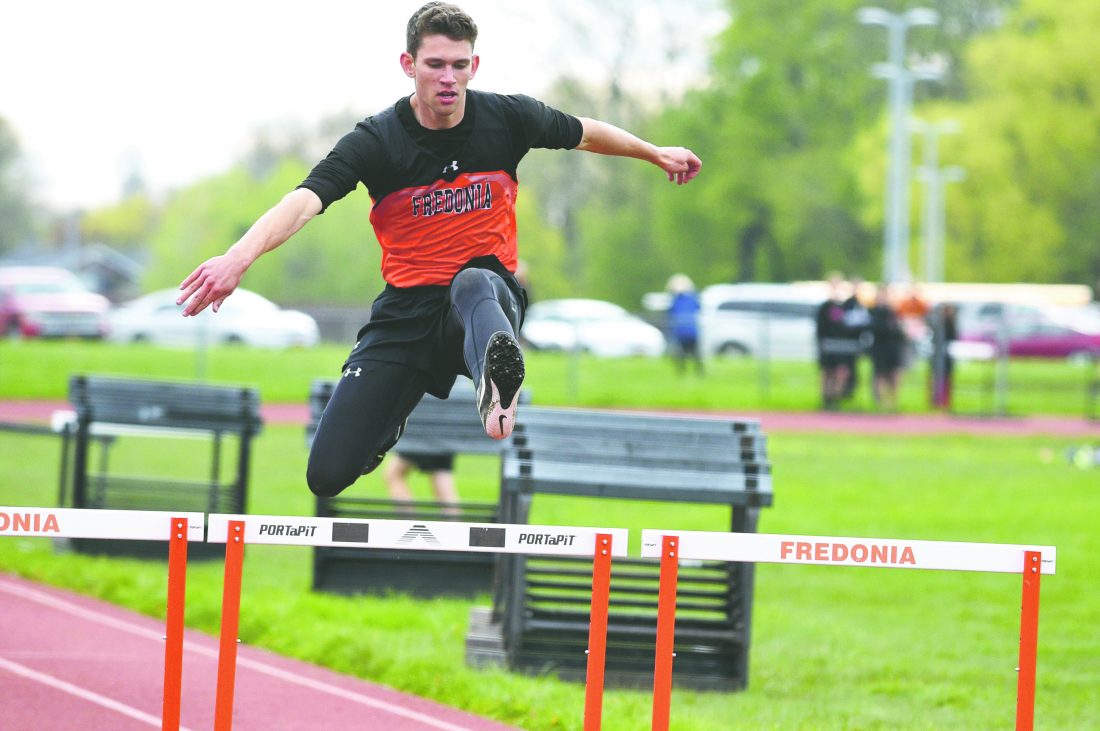 OBSERVER File Photo Fredonia’s Rian Budzinski, above, is shown competing in a track and field meet earlier in the season. Budzinski will compete in the 400m hurdles today, at the League Championship meet, in Olean.

OLEAN — The Fredonia track team traveled to Olean High School for the first day of the CCAA League Championship Meet.

The Hillbillies saw two boys compete in the finals of an event on Friday. Jack Carlson placed sixth in the 800m with a time of 2:05.32, his season best. Nate Shuart took 6th in shot put with a season best tie of 39-feet-1-inch.

The ‘Billies saw four athletes qualify for the finals in their events today. Oliver Madariaga earned the 2-seed in the 400m with a time of 52.22 — his season best — Madariaga will be the 3-seed in 200m today, after posting a time of 24.18.

The finals for the CCAA League Championship Meet will resume today, at Olean High School.