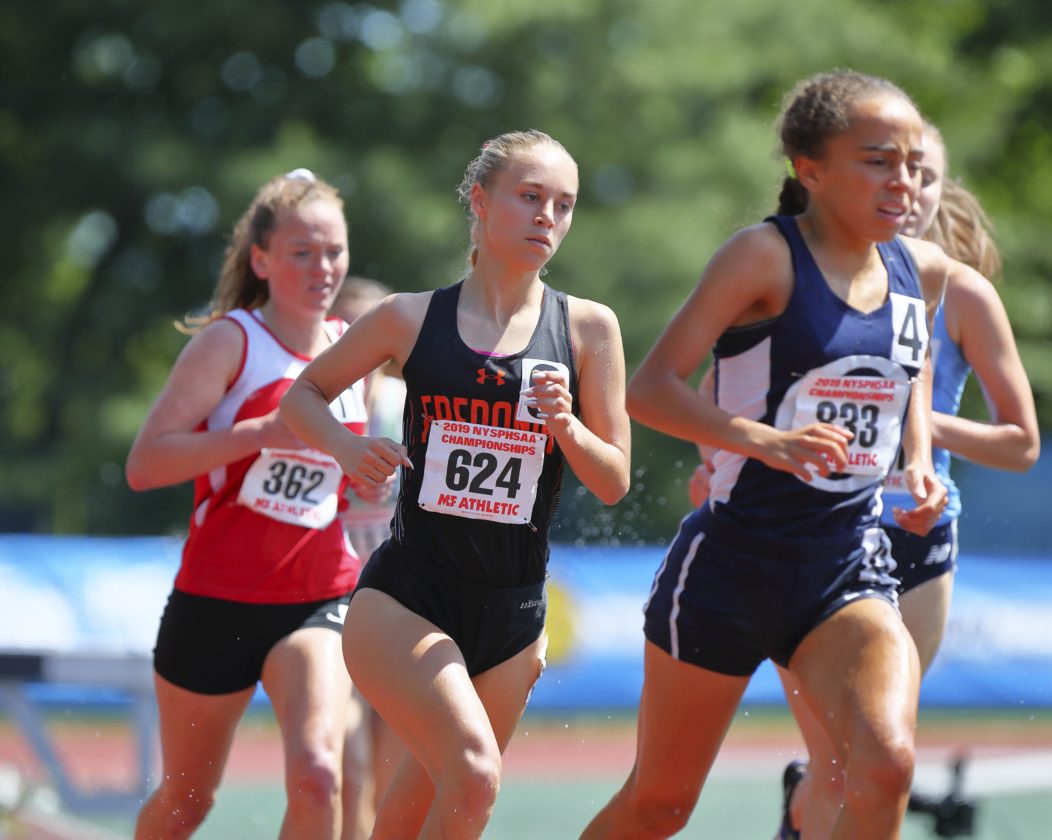 Petrella came off a big personal record at the sectional meet to make her way into the state meet, and proved she could do it again. Petrella seeded third in the 400m final and ended up moving up a spot with a personal record time of 57.55 — besting the school record she set last week. Petrella also ended up 10th overall in the Federation.

“Nothing but pride from the coaching staff this season for her,” said Dunkirk Coach Adam Woelfle. “All year long she has proved she is a special athlete with gifts, and that she knows how to use them running smart races whether it be 3.1 miles, or 400m. We were happy to see her success and hope it continues to her senior year.”

Brown represented the Hillbillies in the 2,000m steeplechase and broke her own personal best with a time 7:05.30. 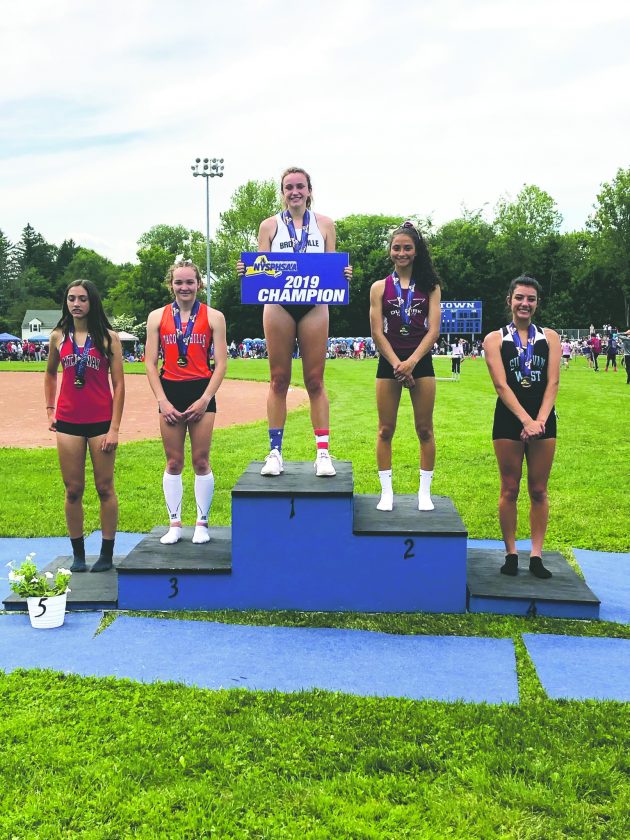 Submitted Photo Dunkirk’s Jericha Petrella standing on the right after a second place finish in the NY State championship girls 400m dash this weekend, in Middletown.

“Emily has worked really hard all year,” said Fredonia Coach Tom Stokes. “This weekend’s success is something Emily has been working toward all year. She has really been dedicated and has been willing to put in the practice that helps her continue to improve.”

Brown’s season does not end in Middletown, as she will compete next Saturday in the New Balance Scholastic National Track and Field meet in Greensboro, N.C.