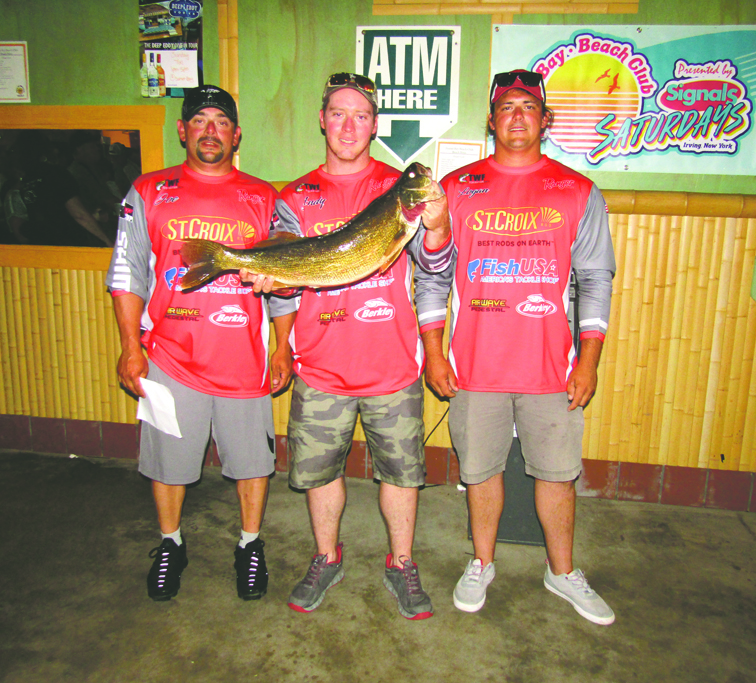 The Sunset Bay ShootOut 2019 Big Fish Friday is history. For those of you who are not familiar with either event, continue to read on.

The Sunset Bay ShootOut, over the last few years, has become one of the richest walleye tournaments in the Western basin. Teams pay at least $500 to enter this event with other money options. There are over 100 teams entered annually, with the cut-off growing over the past few years, while there is a lengthy waiting list to get in on this event. The ShootOut is a walleye only fishing event and the main event takes place today.

All the contestants will leave from the same port today with a shotgun start. They must report back to port at a given deadline. Each team has an entry number, which must be displayed on their boat and on their cooler when they weigh-in their catch. The winners are determined by total weight of a maximum of six walleye per team. There is also a big fish award today that will pay out for several places. Bigger is better.

Big Fish Friday is an option for the ShootOut. Anyone entered in the ShootOut today could have paid an additional $100 entry fee to compete for bringing in the largest walleye on Friday. Teams were not restricted to where they launched. However, they are required to bring to the weigh station one walleye only. Other restrictions also apply.

This year, the weigh-in was held inside the Sunset Bay Beach Club. At 4 p.m. the place was packed. Forty-five teams opted to weigh-in fish. Teams are selected at random for who will weigh-in first. Teams 21, 75 and 79 were the first at-bat. Mr. Henderson of team 21 set the bar high with a walleye weighing in at 8.79 pounds. Team 75 followed with a 9.62 pound entry. In a steady fashion, a train of coolers were slid towards the scales which were provided by Jim and Diane Steel of Innovative Outdoors. This is state of the art equipment with LED display and computerized printouts. 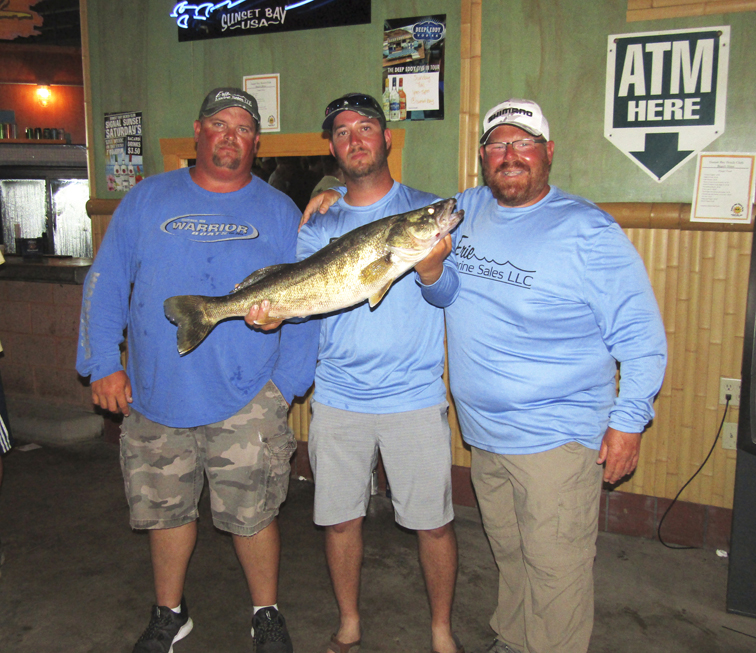 This year, there were cash payouts for the top seven heaviest walleye on Friday. In the top 30 teams, the leaders were all heavy 9-pounders. This contest is a gathering of the top walleye fishermen in the area, so with 13 more coolers to be weighed, anticipation was high for the first 10-pounder to appear.

Joe Papalia, Andy Tradis and Logan Morley from team “Hog Hunters” broke the ice to a round of cheers when their “Hawg” pulled the scales down to 10.35 pounds. Expectations were high for the trio, but they cautioned that there were still over a dozen more coolers. Yvan Charrios, the commentator, did a masterful job of moving the line and keeping the audience in suspense.

Captain Curtis Loveless of team “Evil Eyes,” got everyone’s attention weighing in a suggestively sinister sounding walleye weighing in 6.66 pounds. Bradley Booth of team “Aqua Holics” took the bottom slot with a weight of 4.31 pounds, and the Big Dawg Walleye Tournament winner Mark Lewendowski missed out of the No. 7 cut off by a tenth of an ounce with a 9.57 walleye. The Kucinski brothers of team “Got Glizdas” took the final pay out spot with 9.58 pounds. Brian Ranken reported with a 9.61 walleye followed closely by Jake Konstabel with 9.62. Kyle Kokanovich of “Ship of Fools” had a 9.74 entry while Papalia settled for the third spot at 10.35.

James Gywnn of team “Water Logic” weighed in a second 10-pounder at 10.69 pounds, but it took an 11.49 pounder to win the Big Fish Friday event taken by team “Current Obsession,” led by Captain John Lignos.

Many of the anglers reported that the water got rough on Friday with a steady breeze helping to cope with the heat, but creating swells and white caps in the 3 to 5 foot range at times. Locations and techniques for the prize winning fish will remain under wraps until after today’s event. 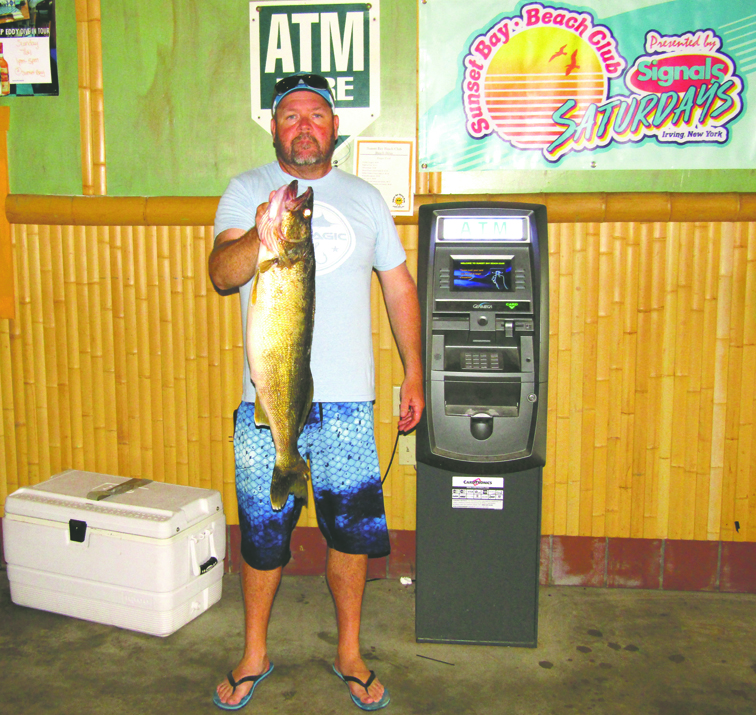 Check out the action and pageantry of the Big Money Derby today at the stage, on the beach, in front of Cabana Sam’s at Sunset Bay beach. The weigh-in will start after 4 p.m. and be prepared because it will be HOT. Look for photos and the results in the OBSERVER Sportman’s Journal on Sunday.