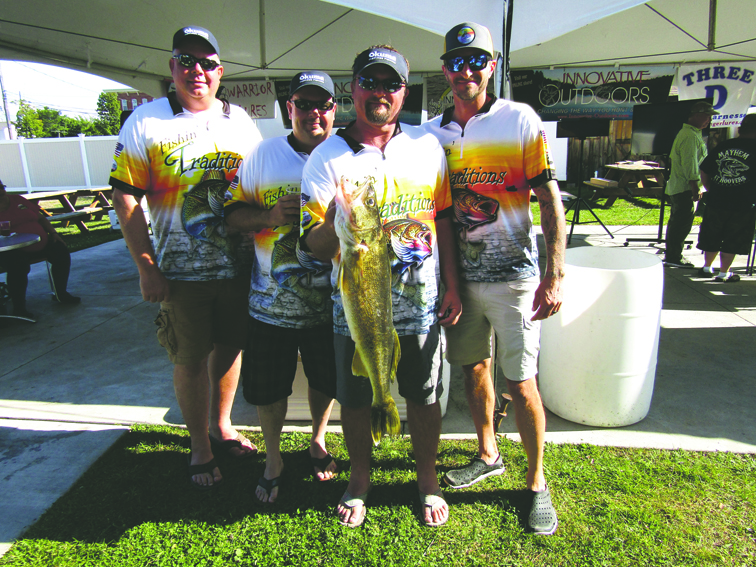 The 2019 Innovative Outdoors Walleye Challenge took off with Big Fish Friday yesterday. This will mark the fourth year that the IOWC has taken place out of Dunkirk. Innovative Outdoors is a family owned business based out of Western New York that, as they put it, “is dedicated to meeting the needs of hunting and fishing enthusiasts everywhere, (and) this is another aspect of supplying the demand.”

Jim Steel and his wife, Diane, are familiar faces on the local walleye tournament circuit, supplying a state of the art weigh-in system. This event is usually the last local event, and like many other events, they feature a Big Fish Friday. Anglers are allowed to bring to the scale one walleye. Bigger is better. The weigh-in is held at Rookies, located on Lake Shore Drive in Dunkirk. The weigh-in started at 4:30 p.m. There were 15 teams that opted to weigh-in fish on Friday. Team Fishin Tradition, led by captain Darin Baron, put up an impressive walleye weighing in at 8.11 pounds. On a windy cool day for late August, that fish would prove to be tough to beat.

There are lots of familiar names in this event, like James Gwynn of Team Warrior, posting a 7.26 entry. Nick Nekoui, of Vision Clinic, followed with a 7.19 entry, and close behind was Tournament Chairman Jim Steel, the “Dream Catcher,” with a 7.15 fish. Some other names new to the scene were Justin Emerling, of Main Street Pizza, with a 6.80 pounder and Chris Green to Team Clearwater, with 6.75 and John Rogers, of Team Day Drinkin, with a 6.33 entry. Scott Spier of Team Fishin Nutz and Captain Jeff Philips of Team Knot Right posted weights of 6.31 and 6.18, respectively.

Sporting one of the best walleye team shirts is Team Body Count with Aaron Teijeria, his young, red headed son Owen and their fishing partner “Kaz.” The guys posted a 5.95 pounder and Darren Hurlburt of Team Rubber Duck weighed in a 3.86 entry. Karl Eisner of Team Bite Me posted a 7.25 pounder. There were only two 8 pounders entered on Friday and Team Dances with Fish, led by Captain Ron Duliba, took second place with an 8.01 entry. That left third place prize money up for grabs and Peter Smith III of Team Reely Jerkin It, rose to the occasion with a 7.38 pounder.

Big Fish Friday allows the teams to start fishing at 6 a.m. out of any port and the deadline to report for the weigh-in at 3:30 p.m. at Rookies. 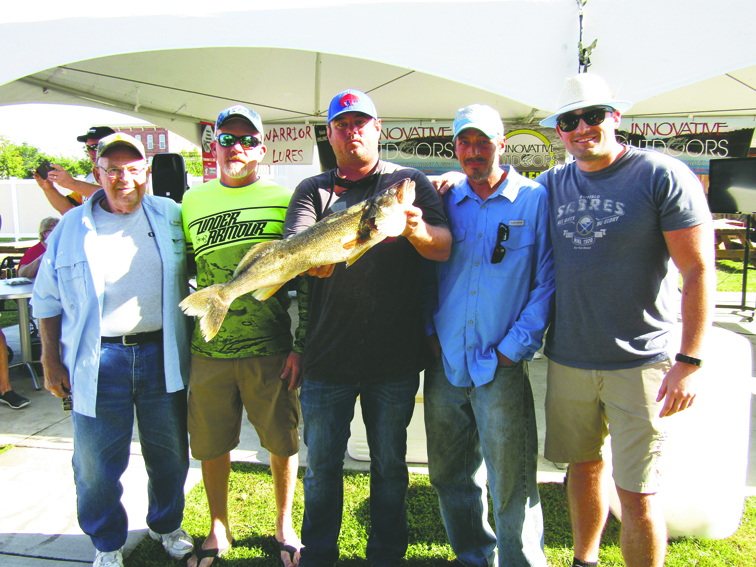 Today is the main event. All the boats competing will leave the Dunkirk Harbor, starting at 7 a.m. with the deadline 3:30 p.m. All waters of Lake Erie and the Niagara River are legal fishable waters including Canadian waters. Boats must have 2 to 5 angler per boat. A maximum of 9 rods is allowed. Teams are allowed to bring to the scale six walleye.

The largest walleye from each team is to be detailed with a provided plastic zip tie. Only walleye are allowed in the cooler and only six. Walleye must be a minimum length of 20 inches. Only blocked or bagged ice may be in the coolers. No water/ice baths. Standard rules, including State limits, apply. Today will pay out for eight places for the top total weights of six walleye per team. In addition, the event will pay out cash for the top three heaviest walleye caught today. First place total weight will pay out at least $6,000 and Big fish will pay out $1,300. Bigger is better!

The weigh-in today will be 5 p.m. at Rookies. The public is invited to attend and cheer on their favorite team. Look for tournament coverage and results in the Sportsman’s Journal OBSERVER on Sunday.

Note: Future coverage of similar weekend tournaments will be covered on Mondays with the new OBSERVER format. 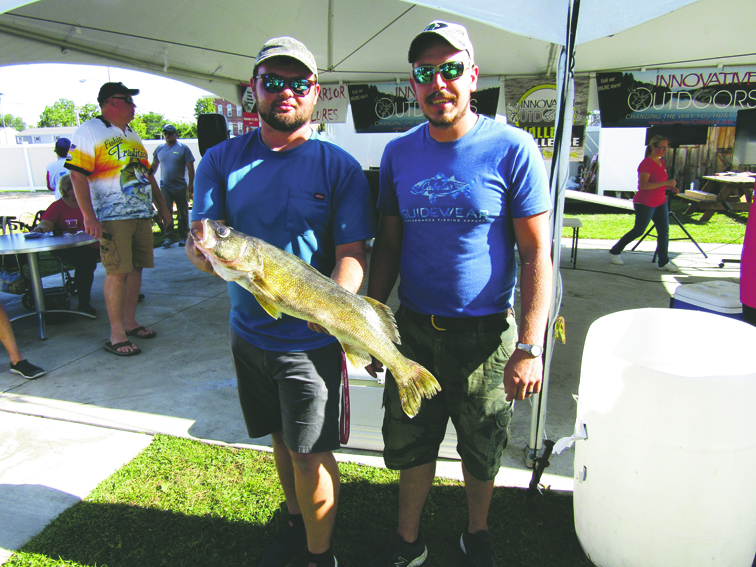