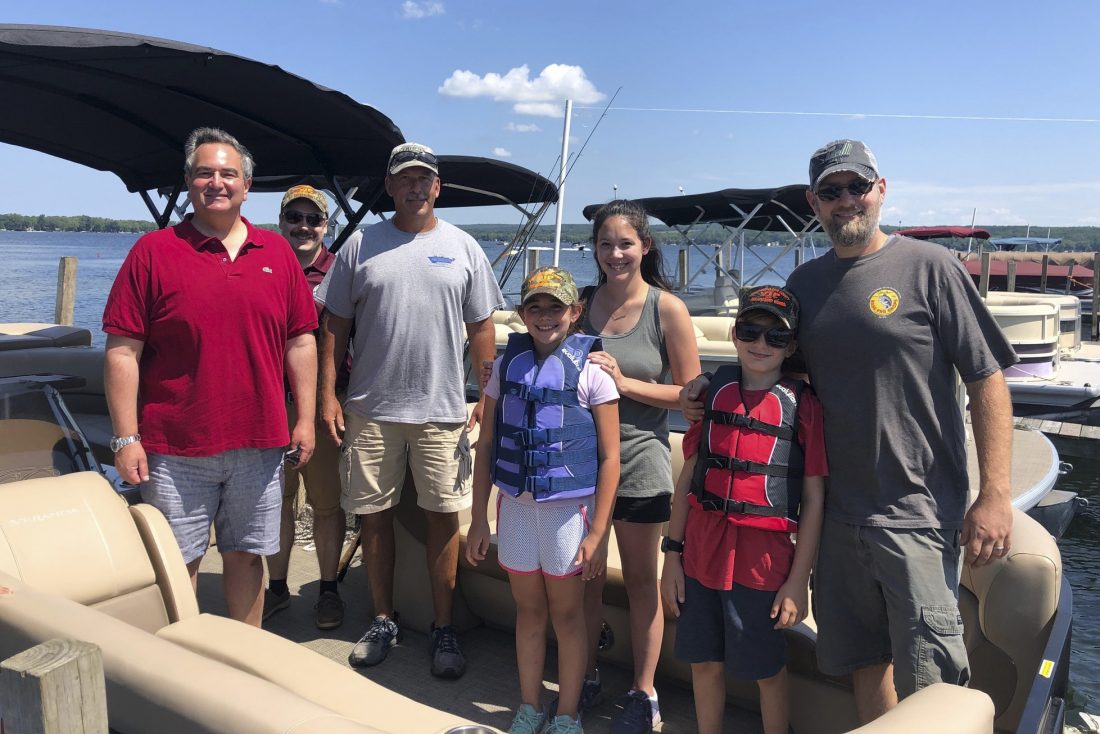 Joining the winners and Borrello on the trip were Aleah Dziduch, Isabella’s mother; Andy Horner, Connor’s father; Dan Heitzenrater, Executive Assistant; and Mike Sperry, Chautauqua County Sports Fishery Advisory Board Member and Owner of Chautauqua Reel Outdoors. Sperry volunteered his professional guide services for the day’s two-hour excursion and Chautauqua Marina contributed to the event by providing a boat for the trip.

The Fishing Essay Contest gave students across Chautauqua County in third through sixth grades the opportunity to write about what they and their classmates could do to help preserve Chautauqua County’s rivers, lakes and ponds for fishing and enjoying nature.

In May and June, the county executive joined Sports Fishery Advisory Board Chairman Zen Olow; sports fishery advisory board members; and county legislators at their local school districts to deliver certificates to students who participated.

“With five lakes, a river and countless creeks and streams, our county is a world-class place to fish,” said Borrello. “Keeping kids active in outdoor recreation like fishing is an important part of maintaining our unique quality of life in Chautauqua County. I truly appreciate everything that the dedicated members of the advisory board do to work with our youth and keep them engaged about protecting and preserving our wonderful natural assets like our water.”

This year the board selected 47 winners who all received fishing poles and certificates. From this group of winners, the county executive then selected the two grand prize winners to go on a fishing trip.

The Chautauqua County Sports Fishery Advisory Board has developed the essay contest to promote awareness of Chautauqua County’s ecology, the factors that influence it, and the role each student plays in maintaining its quality in the future.

This year’s contest was sponsored by the County Executive’s Office, County Legislature, and a majority of the prizes were funded through the support of Cabela’s and the Lake Erie Management Commission.

The contest has been held annually since 1992, with no essay being held in 2000.