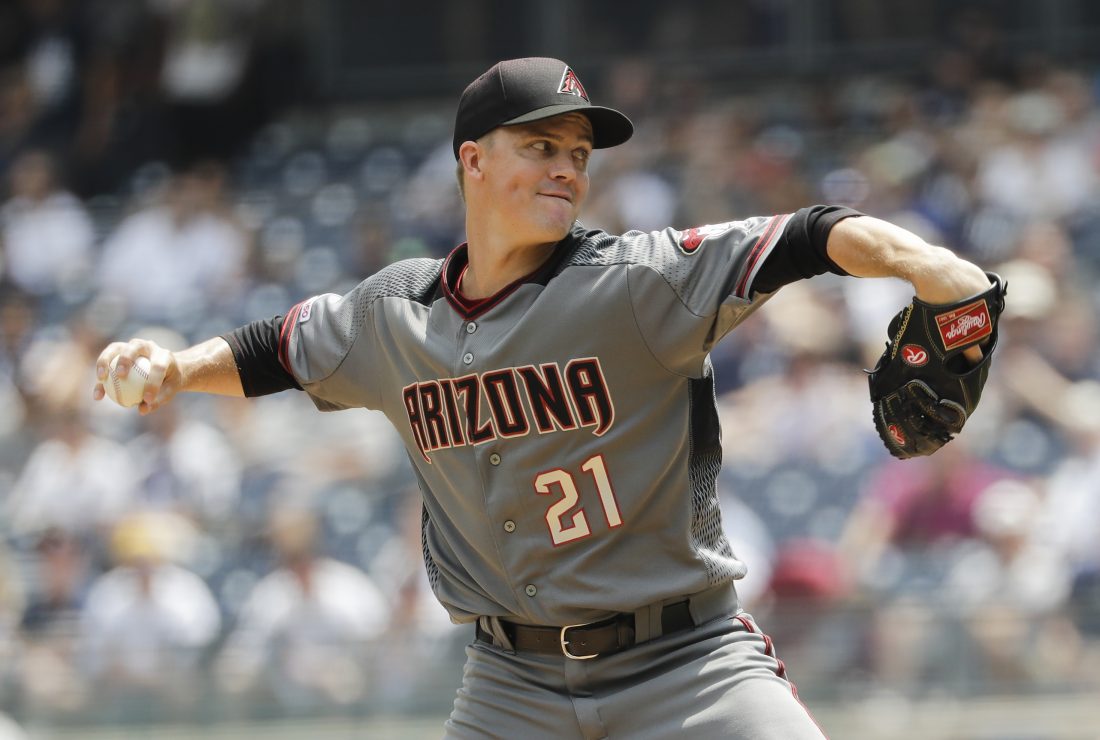 Wednesday was the biggest day of the summer across Major League Baseball, as contending teams had one final chance to improve upon their roster before the stretch run. Some teams made champion-like moves, while others missed the boat completely. Here’s a look at the trade deadline’s biggest standouts.

One of the front runners in the American League may have delivered a knock out blow to the rest of the league. The Houston Astros acquired Zack Greinke from the Arizona Diamondbacks, in an eerily similar deal to two years ago when the Astros got Justin Verlander from the Detroit Tigers. Two years ago, the Astros disregarded the cost and acquired an ace in Verlander that carried the team to a World Series title.

Like Verlander, Greinke’s contract is extremely expensive, with well over $70 million remaining on it through the 2021 season. Not only is he financially expensive, but the prospect cost was extremely high. The Diamondbacks received four prospects in return for Greinke, including three of the top five prospects in Houston’s very highly regarded farm system.

But none of that mattered to Houston. The Astros know that a move like this can win a World Series, because two years ago it did. Now, Houston may have done it again.

The NL East’s top team was the National League’s clear winner of the trade deadline. Atlanta already had a stellar lineup and a great, young starting rotation which was boosted by the mid-season signing of Dallas Keuchel — but still, there was work to be done. Wednesday, Atlanta went all in on its bullpen and acquired the best reliever on the market, Detroit’s All-Star closer Shane Greene. Atlanta needed a closer badly, as Luke Jackson — who had been operating as the team’s closer for most of the year — was on his way to blowing yet another game for the NL pennant hopeful Braves before he was pulled off the mound in the ninth inning on Wednesday. Instead of letting Wednesday become a day where the Braves’ bullpen looked as ominous as ever, Atlanta pounced on Greene, then added former All-Star closer Mark Melancon less than an hour later. The NL East is now Atlanta’s to lose.

One of the clearest needs in any one area for a contending team throughout the MLB was the bullpen of the Washington Nationals. On Wednesday, the Nationals appeared to fix that problem, acquiring three relievers to step in and contribute immediately — Daniel Hudson from the Toronto Blue Jays and both Hunter Strickland and Roenis Elias from the Seattle Mariners. The Nationals found themselves in a market where closers were priced extremely high, but middle-to-later-inning relievers were much more affordable. With Sean Doolittle already firmly entrenched as the Nationals’ closer, Washington spent a much lower price than a top-tier closer would’ve cost and ended up with three players instead of one. With how bad the bullpen in the nation’s capital has been this season, quantity was more important than quality. The Nationals did a very impressive job in filling multiple holes.

The Reds are out of contention this year, which made Tuesday night’s acquisition of Trevor Bauer from the Cleveland Indians appear puzzling from afar. When you look closer, however, the trade seems like a great move for the Reds. Bauer — a bit of an enigma across the league — was one of the best starting pitchers to move at this trade deadline. That fact should have made the price to acquire him much higher than it actually was. The Reds moved Yasiel Puig — an enigmatic figure in his own right — and former top prospect Taylor Trammell, who is having an alarmingly poor season in the minor leagues, and wound up with an ace pitcher with another full season of team control.

The Reds followed up the trade Tuesday night by shipping starting pitcher Tanner Roark to Oakland for outfield prospect Jameson Hannah, the Athletics’ No. 8 prospect, according to MLB.com. Hannah represents a bigger return than Cincinnati paid to acquire Roark from the Nationals during last offseason. Cincinnati was a perfect example of a team making moves for the future, while still providing its fan base with a reason to get excited.

While trading Trevor Bauer in the middle of a playoff race seems like a bad move, the Indians maximized the value on Bauer in a starting pitcher market that had more attention on the guys who didn’t end up moving, rather than who did — at least until the trade of Greinke. Shortly after Marcus Stroman was dealt from the Toronto Blue Jays to the New York Mets for two good-but-not-great prospects in a surprisingly unimpressive deal for Toronto, Bauer netted Cleveland Yasiel Puig and Franmil Reyes, along with three other prospects. Puig and Reyes each have more than 20 home runs this season and can step in to the Indians’ lineup right away to immediately add some much needed punch. While Puig is an impending free agent, Reyes is only 24 years old and under team control through 2024. Through 99 games this season, Reyes already has 27 home runs. Cleveland traded from a position of strength to improve the team’s biggest need, a stronger offense.

While Houston and Atlanta made outstanding moves to solidify themselves as World Series contenders, the New York Yankees and Los Angeles Dodgers sat back and watched. The Boston Red Sox did the same — at least in terms of the Wild Card race — seeming content with an astoundingly poor bullpen. For three big name, big market teams with World Series or bust aspirations every season, Wednesday was a shockingly poor performance by their respective front offices. For those three teams, Wednesday was the kind of day that fans have every reason to complain about.

Comments to this article can be sent to bcarmen@observertoday.com.