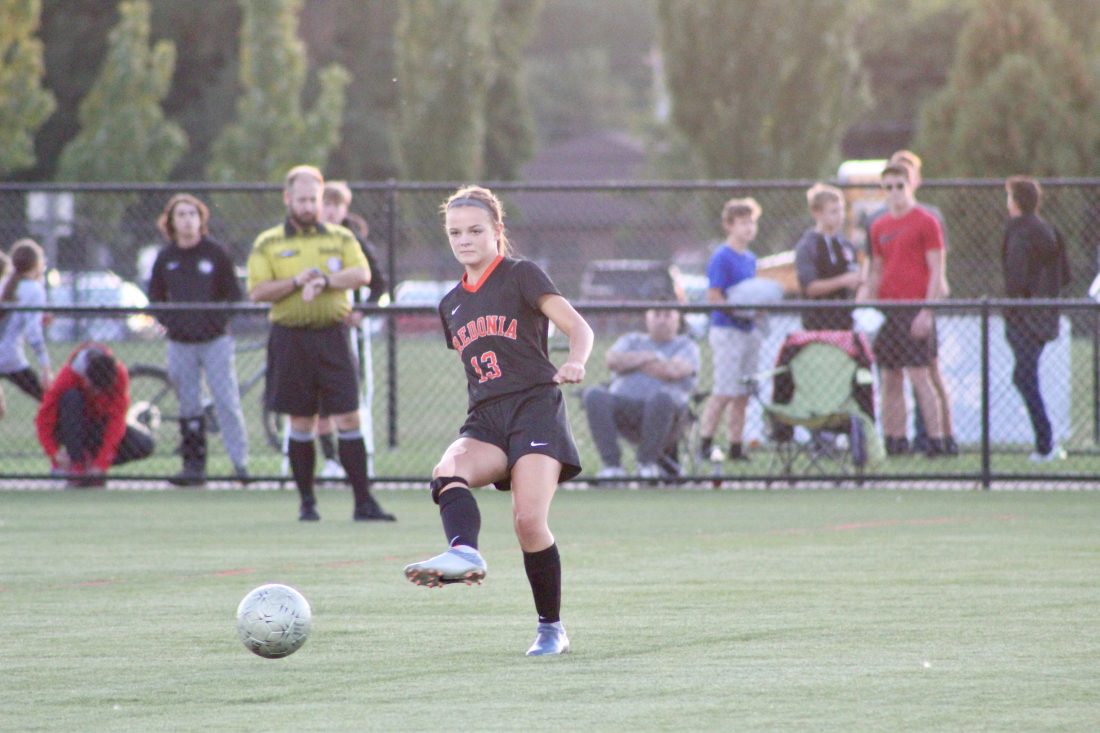 FREDONIA — The Fredonia Lady ‘Billies hosted one of the toughest teams in New York State on Saturday at SUNY Fredonia, as Allegany-Limestone came into town and left with a 5-0 win over Fredonia in a CCAA league soccer contest. The game was a rematch of the Section VI, Class B2 title game a year ago, also won by Allegany-Limestone.

Fredonia held the visitors to just one goal in the first half on Saturday, a tally from Sarah Eddy off an assist by Kaitlyn Higby in the 14th minute. Fredonia also held Allegany-Limestone to just one goal before the break in the previous meeting.

This year, Fredonia fields a team where one third of the roster was not active for the Sectional title game a year ago, while Allegany-Limestone has a senior-heavy team that won the State Championship in 2017 and a Sectional title in 2018.

“We learned a ton,” said Fredonia coach Brett Gould. “I didn’t care what the score was, I just wanted to learn about my team — and I’m proud of what I saw.”

“You’re not going to win every game,” said Gould. “We have to learn how to apply that not just in a game, but in life. I thought we started to put that together today. We won the process today.”

Fredonia goalkeeper Kelly Gullo was credited with 12 saves on the day.

The Lady ‘Billies are back at SUNY Fredonia on Tuesday night against Olean in another league contest.

OLEAN — The Olean Lady Huskies came away with a 4-0 win over the Dunkirk Lady Marauders in Olean on Saturday in CCAA league play.

All four Olean goals came in the first half, beginning with Allie Stayer’s strike in the seventh minute. Lydia Hendrix scored in the 13th minute, then Marina Miketish found the back of the net two minutes later. Addie Peer added an unassisted goal in the 37th minute.

Dunkirk falls to 0-10 on the season and plays Falconer/Cassadaga Valley on the road on Thursday.

SILVER CREEK — The Frewsburg Lady Bears came away with a 4-0 win over Silver Creek/Forestville on Saturday in Silver Creek in league play.

Frewsburg’s Samantha Annis scored the first goal of the game in the 20th minute on an assist from Peyton Yost. The Lady Bears added three goals in the second half to cap off the victory, with Makenna McBride, Rachel Annis and Nora Edwards finding the back of the net.

Chautauqua Lake scored the first goal of the game in the 13th minute on an Isabella Gilmore tally from Calla Zarpentine. The two linked up again in the 27th minute switching roles, with Zarpentine scoring the game’s second goal. Alexis Jacobson and Emma Lindsey scored in the second half for the Lady Thunderbirds.

Chautauqua Lake (4-3) is back in action Tuesday at North Collins, while Pine Valley (0-7) plays Cattaraugus/Little Valley on Monday in South Dayton.