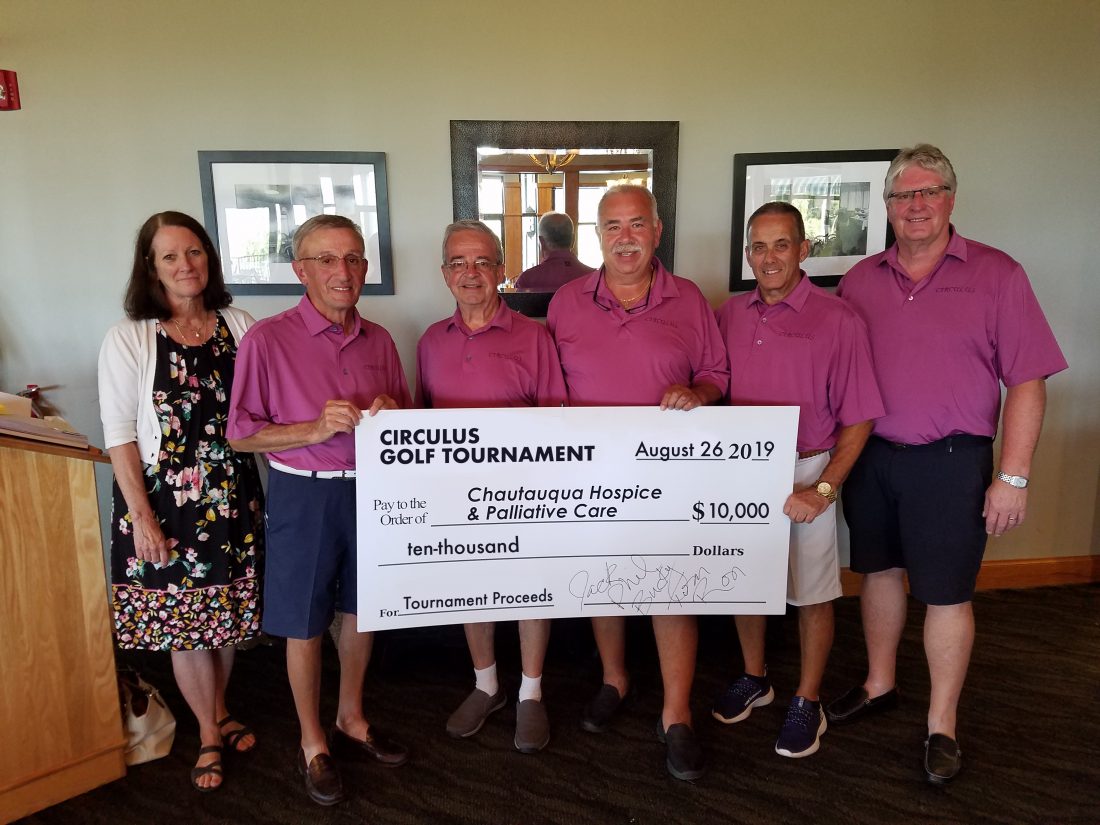 For the 12th year the Circulus Golf Tournament has supported the mission of Chautauqua Hospice & Palliative Care. The scramble tournament, which took place at Moon Brook Country Club on August 26, raised $10,000 bringing the 12-year total to over $82,000.

CHPC thanks Circulus for their continued support, as well as the many golfers, sponsors and donors who made the event a success.