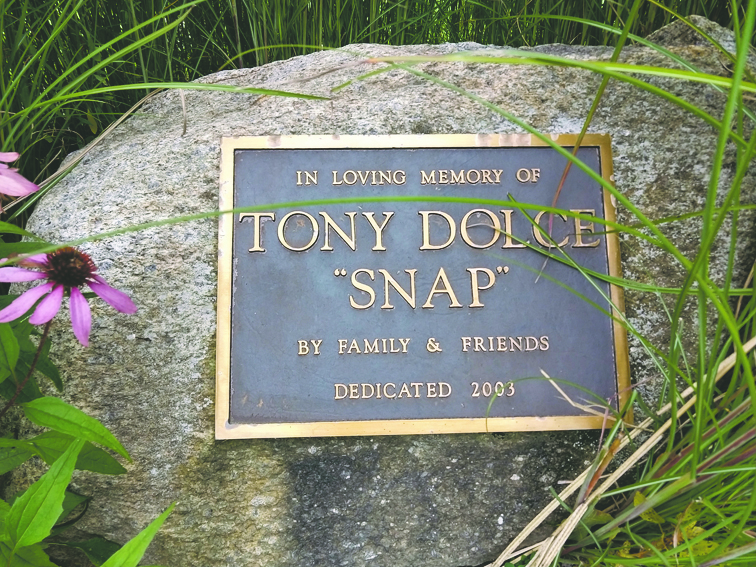 Twice already this year, I’ve written about what a treat it is to play at Tri-County Country Club in Forestville. It is, quite possibly, my favorite course that I’ve ever played.

Back in June, I played at TCCC in a tournament to benefit Northern Chautauqua Catholic School with a former NCCS teacher and classmate of mine. That was pretty special. Then about a month ago, I took my brother-in-law from North Carolina up there to show off the jewel of Chautauqua County. We had an absolute blast and he adored the course.

But the story doesn’t end there.

After the article I wrote about the round with my BIL, I was contacted by the sweetest lady on the planet. Mrs. Dolce had been a member at TCCC from 1951 until just last year (she’s 92 years old now and unfortunately can’t golf like she used to). She wanted to personally thank me for writing about not just the course she loves, but specifically about hole No. 4. What’s so special about hole No. 4, you ask? Well, not only did Mrs. Dolce help build the hole when it was redone many years ago, but it’s dedicated to her late husband. Very cool.

It was truly a pleasure to talk to this wonderful woman, but then to top it off she sent me two passes to go back and play TCCC again. I told this story to my cousin Nick, who now resides in Washington, D.C. He asked if he came home, could he use one of the passes. My response? Absolutely! Nick in one of my favorite people in the world with whom to golf. I imagine he set a new course record for farthest drive to play TCCC.

The first few holes at TCCC are some of my favorite of any course. They’re extremely difficult holes in my experience, but they’re just dripping with character. A fun, unique hole always beats a boring, flat, straight hole, right? So as excited as Nick and I were to start playing, the results left something to be desired. I opened with double-bogey, bogey, double-bogey. Ouch.

Then I got to No. 4, which you’ll recall is the hole dedicated to Mrs. Dolce’s husband, Tony. I’m thoroughly embarrassed to admit that I played some of my worst golf of all time on this hole. My iron shot off the tee actually hit bridge and caromed into the creek. My second (third with penalty) shot hit a tree and also rolled into the water. Thankfully I took a deep breath and hit a dandy of a chip to within feet of the pin, but the damage had been done. I really wanted to be able to write about how I birdied this special hole, but alas, maybe next time.

The next three holes, however, were some of the best golf I’ve ever played with some monster drives, great long irons, reaching greens in regulation and pars. I really had it all working for a stretch there. And really, for the rest of the entire round I played some pretty good golf. I was reaching some long par 4’s in two shots, which takes not just length, but accuracy. I made exactly zero of my birdie putts, but I had several tap-in pars, so I was feeling good.

Nick, meanwhile, struggled to shake off some rust. It wasn’t until the final two or three shots of the front nine that he started to string together some success. It was uncharacteristic mistakes, too. He’s never been a “slicer” but was sending some drives way off to the right. He was chunking irons left and right. It was honestly hard to watch. I felt really bad for him because he drove all this way to play this beautiful course that he loves so much and he just couldn’t hit the ball.

Nick’s actual scores didn’t improve a ton on the back nine, but I think he was having a lot more fun because he was hitting the ball so much better. The scores didn’t improve much because TCCC is just a tough place to putt. I imagine if you played the course often, you’d get to know the difficult greens and be able to navigate them with more success.

On that note, I thought I was going to have a dynamite putting day. We had to wait about half an hour to tee off while a tournament wrapped up, so we were able to hit many practice putts and really get a feel for speeds. I was dropping putts from every conceivable distance. I was as confident in reading breaks as I’ve ever been. Then I got to the real thing and I just couldn’t put the ball in the hole. Like I mentioned above, I gave myself probably seven or eight chances for birdies and made zero of them.

I need to quickly return the favor and use my forum here to personally thank Mrs. Dolce. Nick and I had an amazing time at a simply magnificent venue for golf. Thank you for making that possible.

As always folks, golf is great. Go get some.

Stefan Gestwicki is an OBSERVER contributing writer. Comments on this article can be sent to golfersdiary@gmail.com