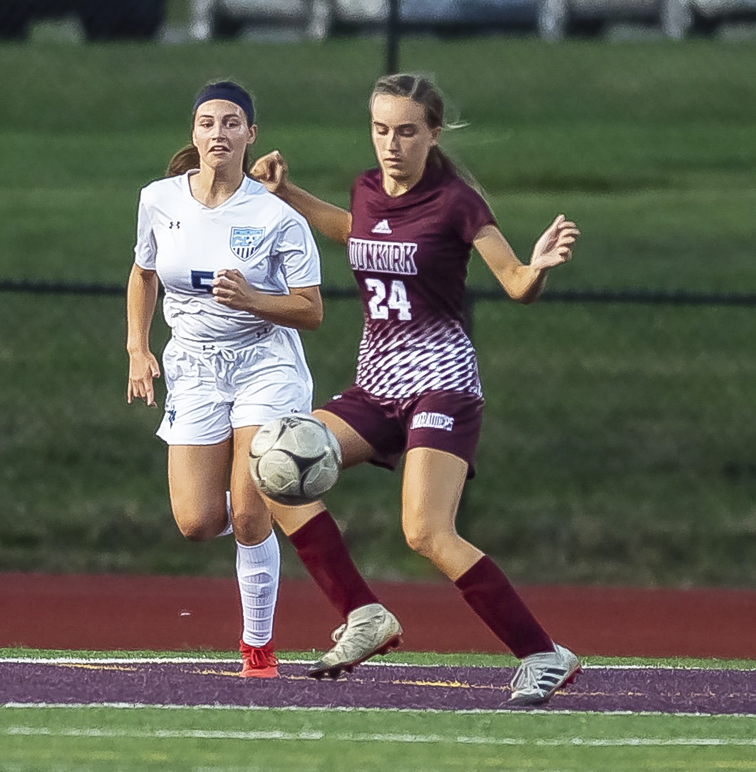 Off to a slow start to the season, the Dunkirk Lady Marauders looked to get their first victory on the season against Catt./Little Valley.

Despite a strong effort, they fell just short.

The Lady Timberwolves downed Dunkirk, 1-0, in what was a tight, back and forth contest at Karl Hoeppner Field on Tuesday night.

The Lady Marauders (0-6) were dominating the ball in the first half, putting significant pressure on Lady Timberwolves goalkeeper Izzy Deliman, who made an outstanding 16 saves in her shutout victory, including three consecutive stops in the seventh minute to set the tone early.

The first half came to an end with some late life from the Lady Marauders, putting one just over the net with 30 seconds remaining in the half, sending Dunkirk into halftime with some optimism.

The second half was off to an equally quick start as the first half, with Dunkirk forcing Deliman to make another save just two minutes in.

Finally, it was Alex Minnekine, a third year sophomore, who gave the Lady Timberwolves the edge in the 50th minute, finishing on a cross from Morganne Chapman, and putting her team up 1-0.

“That goal took the wind out of our sails. Our intensity level dropped, and theirs rose,” Piede said.

Down the stretch, Skelly kept the Lady Marauders in the game, making a big save just a minute after allowing the goal, with a plethora of other stops coming in the remaining 30 minutes, including a save on a penalty kick with just three minutes to go in the game to keep her team around.

Kaitlyn Davis was an offensive force for the Lady Marauders, demanding constant attention and having four solid looks at the net in the second half. But she, like the rest of her team, just couldn’t quite get over the hump.

Fortunately for Piede’s Lady Marauders, their next game is Saturday, in Catt./Little Valley. Piede hopes his team can get a few of the bounces they didn’t get today.

“I’m really pleased with the way the team has progressed through the year. It’s a work in progress, it’s all about making those runs and putting the work in. I’m hoping to be the successful ones on Saturday,” Piede said. 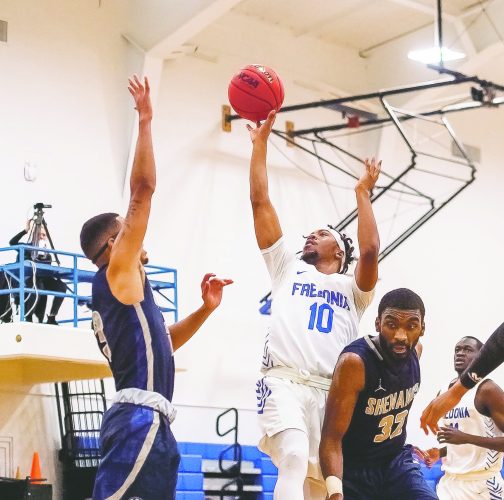