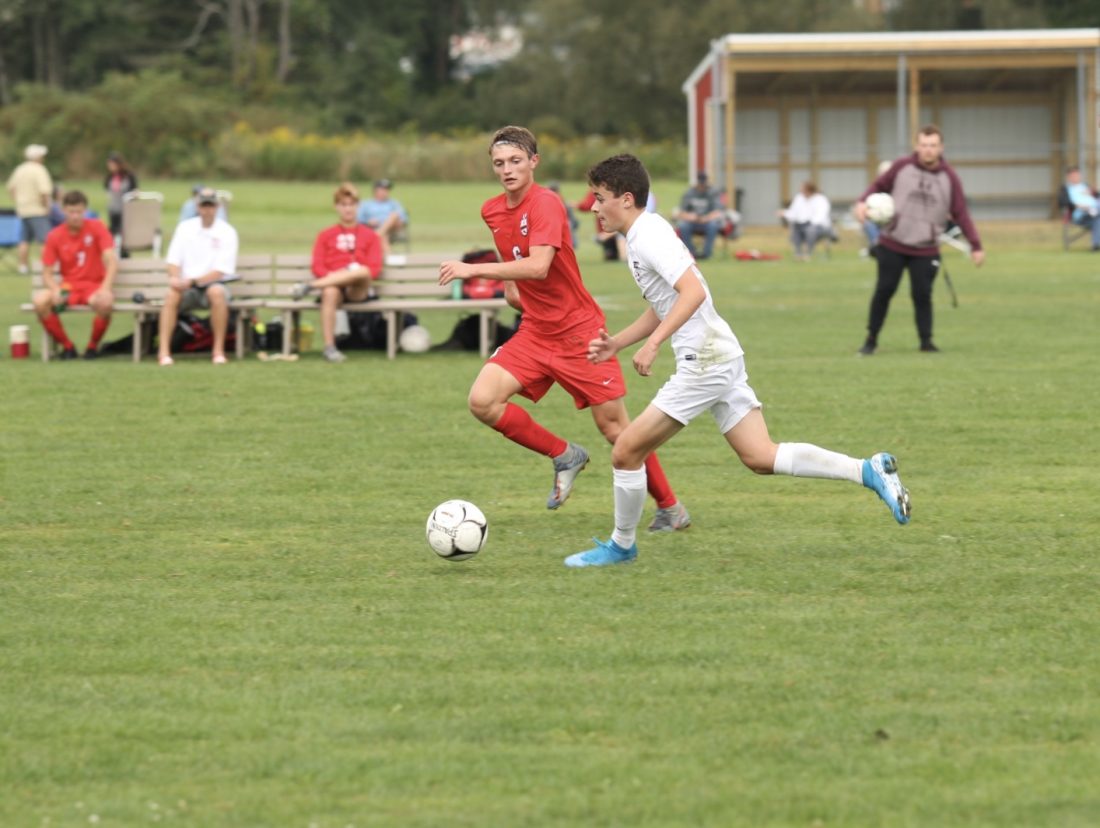 Fredonia’s Alex Rush (in white) moves the ball upfield during Saturday’s game between Fredonia and Randolph. Photo by Mike Reynolds.

RANDOLPH — Randolph’s Marcus Evans’ goal in the 72nd minute was the difference in the Cardinals 3-2 victory over the Fredonia Hillbillies in non-league boys soccer at Weeden Park.

It was the season-opening game for the Hillbillies, who fell to 0-1-0 on the season. Randolph improved to 1-2-0.

Fredonia got on the board in the first two minutes of the second half. Juan Matias scored from just outside the penalty area for his first goal of the season. The Hillbillies second goal came in the 56th minute. Dawson Bird scored off the pass from Matias. Tyler Rosen and Trevor Persch split the goalkeeping duties for Fredonia. They combined for seven saves.

“It was good to get the season underway,” Fredonia coach Jim Rush said. “The players battled the whole game and were excited to get things going. While things didn’t end the way we would have hoped, there were extended periods of good play throughout the eighty minutes. There are some things we have to work on but overall, I’m pleased with the way we battled back from the early deficit.”

Fredonia is back in action Monday night at Maple Grove in another non-league game.