Still plenty of activity for anglers out on Lake Erie 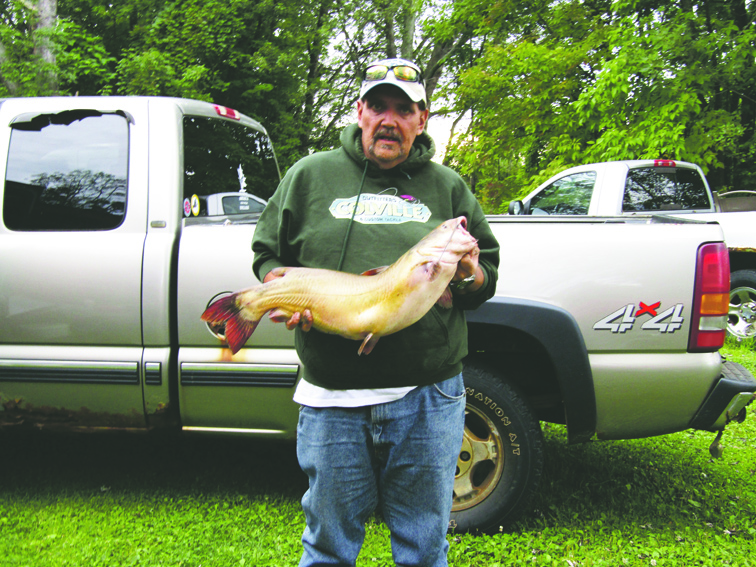 Fishing prospects remain good, even though Labor Day has come and gone. Rick Miller in Irving reports that there were close to 200 boats launched out of the mouth of Cattaraugus Creek last Sunday, with numerous limit catches of walleye reported. Lots of boat traffic reported in that area on Tuesday, too.

The yellow perch bite has also improved out of the “Cat” with 60 feet becoming the best starting point. For walleye action, consider 45 to 65 feet.

The walleye bite continues to be strong out of Dunkirk. Several anglers reported limit catches out of Dunkirk last Sunday, with 74 feet just west of Dunkirk as the hot spot. This angler tried his luck launching late Sunday afternoon and I had to settle for seven walleye, but we did have a lot of excitement when we moved east to about 66 feet of water. Popping the downrigger with a small spoon on the business end provided a yellow perch and shortly afterwards the dipsey diver rod almost pulled out of the rod holder. Fortunately, the crew was quick enough to grab it and start a tug of war with finned fury. The mystery fish stayed deep the whole time and gave a sneak peak about 20 yards behind the boat. Light brown on top and a white belly kept us hoping for a walleye surprise, but the tell tale whiskers revealed the fish’s true nature. That catfish had the last word as he chomped down on a pink worm harness and would not release his hold. The cat weighed in at 12 pounds, 2 ounces and ended up in the smoker.

Rick Miller has had a lot of experience with smoking cat fish and reports for best results, gut the fish, remove the head and tail and cut the rest into four inch steaks and brine. After smoking the results are “better than smoked trout!” The yellow perch bite has been slow in deep water out of Dunkirk lately, but one angler reported getting several dozen 10 inch perch off the City of Dunkirk pier early in the week using live minnows for bait. My crew marked suspected perch in 66 feet of water out a ways between NRG and the High Rise.

Skip Bianco at Hogan’s Hut/Stow reports the walleye bite has moved into shallow water. Bass anglers and dock fishermen have been hooking up with good number of walleye in 4 to 5 feet of water inside the weed beds. Target the little open pockets with a jig tipped with a leech or half a crawler. Probing the deeper pools has been ineffective lately.

Calendar: The Northern Chautauqua Conservation Club has resumed their FREE Monday night fly-tying instruction/program, from 6 p.m. until 7:30 p.m. No sign-up necessary, just show up. All materials and tools provided for free. The Con Club is located on Mullet Street in Dunkirk. Turn towards the lake at the Country Fair store.

There will be a pistol permit course at the Northern Chautauqua Conservation Club on Sunday, Sept. 15 from 2:30 p.m. until 7:30 p.m. There is a fee for attending this course. For details and registration contact Gary Dudek at 366-3397