Lady ‘Billies lose 4-0 on the road 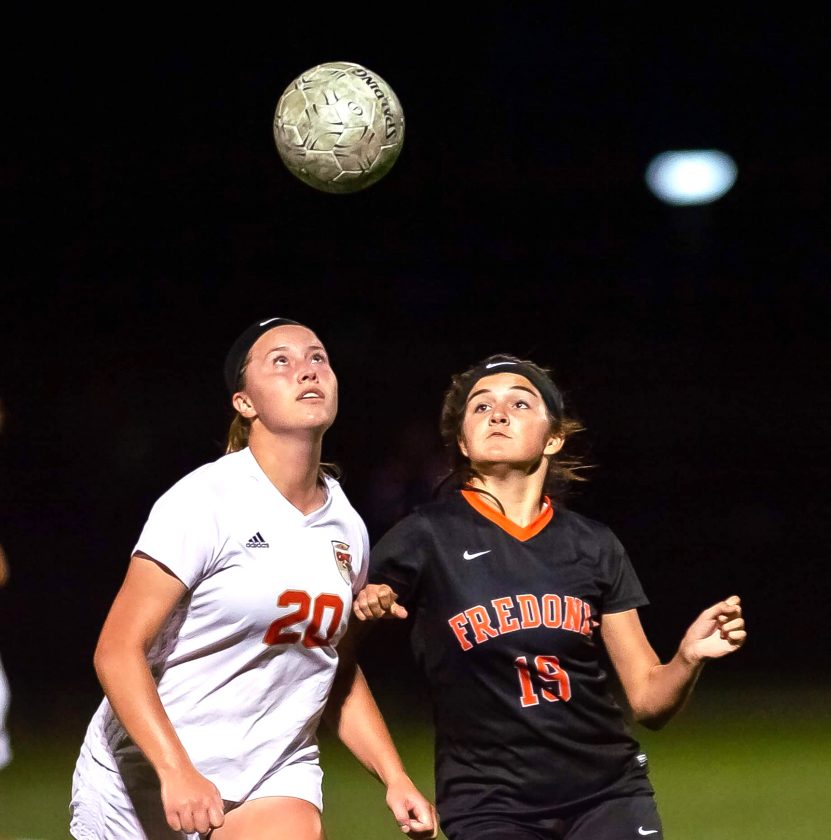 ALLEGANY — The Fredonia Lady ‘Billies allowed a pair of goals in each half to defending Sectional Champion Allegany-Limestone in a 4-0 Fredonia road loss on Tuesday in CCAA West girls soccer action.

In the 10th minute, Allegany-Limestone found the back of the net, as Alyssa Spring scored on an assist by Molly McClelland. Julianna Giannicci scored the game’s second goal in the 36th minute, assisted by Sofia Fortuna. McClelland scored eight minutes into the second half to extend the Allegany-Limestone lead, then Abbey Gardiner scored in the 70th minute on an assist by Shilpa Thandla to finish the scoring in the contest.

Allegany-Limestone improves to 12-1 on the season and 8-0 in CCAA West contests. The reigning Sectional Champions host Rocky River in a non-league game at St. Bonaventure on Saturday, before closing out the regular season next week with a pair of league games. Fredonia (3-6-2, 2-4-2) travels to Olean on Thursday in another CCAA West contest.

SOUTH DAYTON — The Chautauqua Lake Lady Thunderbirds came away with a 4-0 win over Pine Valley in a CCAA Central girls soccer game at Pine Valley High School on Tuesday.

Chautauqua Lake’s Mercedez Obert scored the first goal of the game in the 21st minute, assisted by Calla Zarpentine. Seven minutes later, Zarpentine scored one for herself, without an assist needed. Eight minutes into the second half, Megan Fischer scored the third goal of the day for Chautauqua Lake, also unassisted. Then, with less than two minutes remaining in the contest, Erma Wolcott scored an unassisted goal to cap off the victory for the Lady Thunderbirds. Hailey Roush had four saves in the shutout victory.

Chautauqua Lake improves to 6-7 on the year and 4-6 in the division. The Lady Thunderbirds host North Collins — who defeated Maple Grove 1-0 on Tuesday — next on Thursday at 5 p.m. Pine Valley falls to 0-12-1 on the season and will travel to Westfield to take on the undefeated Lady Wolverines on Friday afternoon.

FREWSBURG — The Silver Creek/Forestville Black Knights fell to Frewsburg on Tuesday in a CCAA Central girls soccer matchup by a score of 4-1 in Frewsburg.

Silver Creek/Forestville added its goal late, as Chloe Barrett found the back of the net in the game’s 76th minute. Alina Beadle made two saves on four shots faced through 24 minutes, then she was lifted for Tessa Karcz, who allowed two more goals, but made eight saves over the final 56 minutes of play.