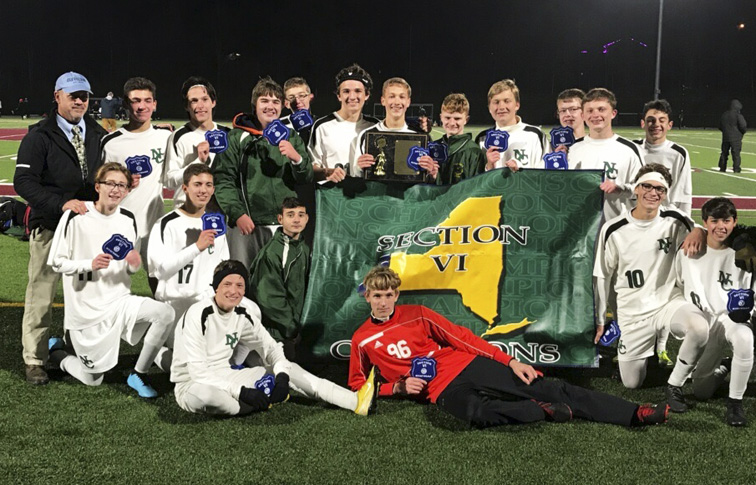 EDEN — Throughout the years, North Collins has been one of the most successful boys’ soccer programs in Section VI. They proved that again on Friday night as the Eagles defeated Riverside 2-0 to claim the Class D crown for the second consecutive year.

“Both years, we had to get through some difficult teams to win the title,” North Collins coach Jay Walters stated. “Both were exciting years, playing quality competition and to do a successful job against them.”

The Eagles controlled possession from the start. They were finally able to break through with a goal in the 15th minute. After being awarded with a corner kick, Mitch Warsaw placed the kick perfectly into the box. AJ Puntillo was able to get a foot on the ball that was saved by the goalie. Wade Richardson was in perfect position to put the ball away for the goal. According to Walters, “AJ has been playing his best as of late. Over the past two weeks, he has been able to take his game to another level.”

The Eagles had another golden opportunity five minutes later with another corner kick. The kick was placed perfectly in the box, but the strike was deflected away by Riverside’s goalie and the team was able to clear. North Collins still was able to keep control of the ball for the remainder of the half, limiting Riverside from any threat.

“We spent a lot of time preparing for them this week,” Walters stated. “We knew that they were a quick team with a lot of ability. We were able to keep the ball outside and away from the middle where their threats were. Overall, I am pleased with the effort and the way we were able to stick with the plan.”

The slight wind was in North Collins favor as the snow began to fall in the second half, and they took full advantage early. In the 45th minute, Puntillo sent up a perfectly placed through ball to Alex Teijiera, who was able to make some space and get off a thorough strike to the opposite side of the net to give the Eagles an insurance goal.

“The second goal gave us another boost moving forward,” Walters added. “Alex is such an explosive person and does a god job of making solid contact with the ball.”

Riverside’s best opportunity came in the 53rd minute, where North Collins goalie, Dominic Fricano, came off the line to retrieve the ball as Riverside’s forward moved in. He was able to get the ball off quickly and North Collins followed on the counterattack as they hit the post seconds later.

The Eagles continued to play aggressive in the second half and sent multiple shots at Riverside. They also withstood the few threats that Riverside had late to secure the victory.

Dominic Fricano finished with three saves for the Eagles.

“Even though Dom did not see a lot in his end, he came through with some big saves,” Walters stated. “He positioned himself well and limited them from getting a higher quality shot.”

The Eagles will play in the Far West Regional against an opponent from Section V yet to be determined, next Saturday at Hilton High School.

“I could not have imagined that we would have been able to get through the section and get that far,” Walters added. “I will have a few opportunities moving forward to see those teams in Section V, and will start doing so now. We have quite a young team and am pleased with what we have accomplished this year.” 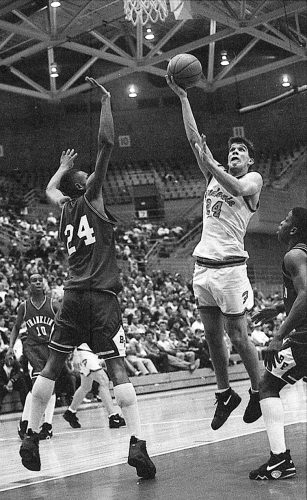 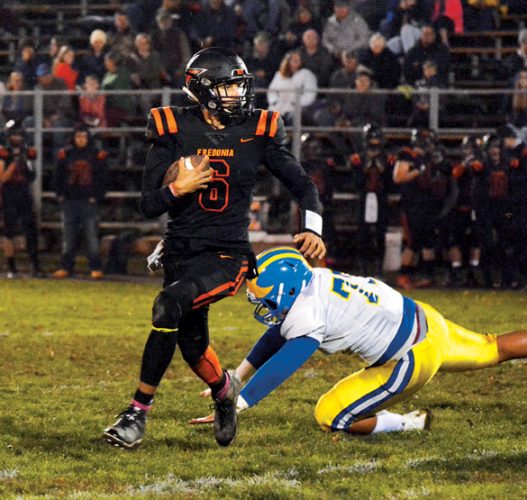 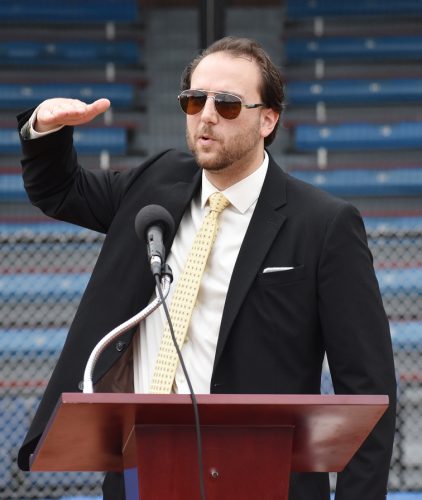 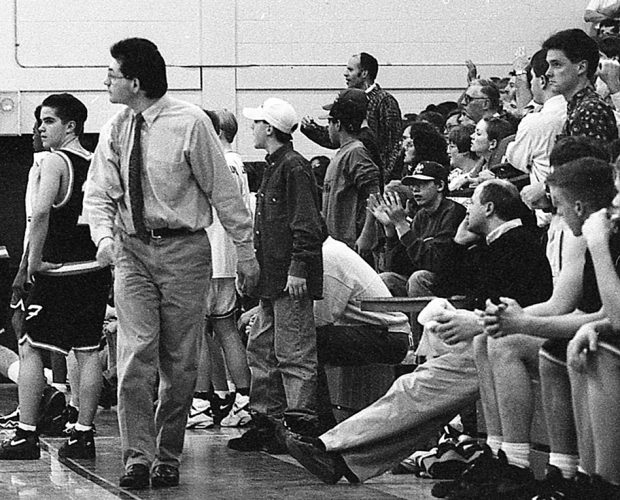