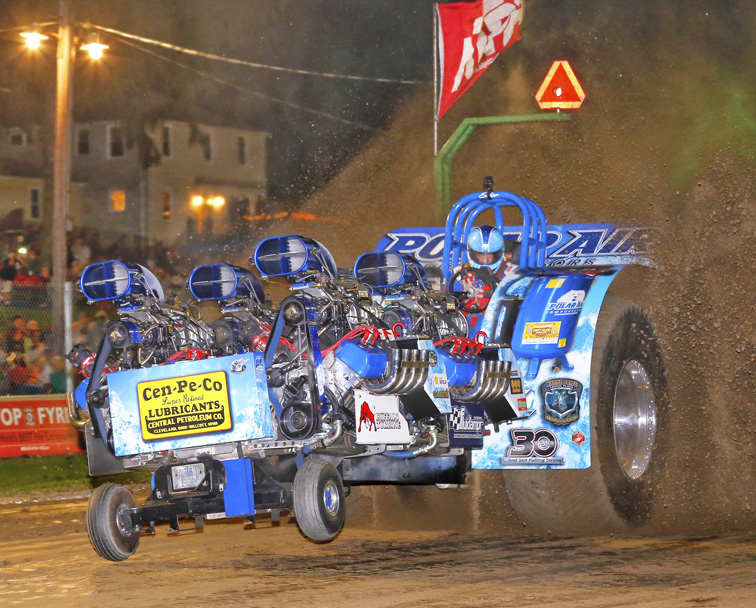 The Eder Motorsports Pulling Team started to 2019 NTPA season by competing with both the Polar Air Unlimited and Mini Modified Tractors at the Ahoy Arena in Rotterdam, Netherlands in March. Ahoy is the largest indoor pull in Europe and the American Team was a huge favorite of the fans. North Collins native Joe Eder and his crew were accompanied by his sponsor Matt Cain of Polar Air, family and friends.

After the trip abroad, the Tractors were readied for the NTPA Grand National Circuit which kicked off in Benson, NC in May. The series took the team over 15,000 miles to events in WI, MN, TN, OH, IA and in Langford, NY for the NE Nationals, just one mile from Eder’s shop.

Eder and his crew captured nine first place finishes and led in points most of the season. He still holds the record of 21 consecutive wins and set the record in 2019 for the longest pull ever at the NTPA Enderle Pull off in Urbana, OH with a distance of 395.885 feet.

Eder’s 2019 GN Unlimited Modified Point Title is his sixth National Championship of his pulling career. He also finished second in the GN Mini-Modified division, which is a feat considering the schedules of pulling two divisions simultaneously. This would have not been possible with the help of his amazing crew and sponsors: Polar Air, Native Pride, Cenpeco Oil, Fluid Power, Buffalo Turbine, his family, friends and all the great fans.

Eder and his team will be accepting his championship at the NTPA Award Program on Dec. 7 in Columbus, OH. They are already preparing for the 2020 pulling season.