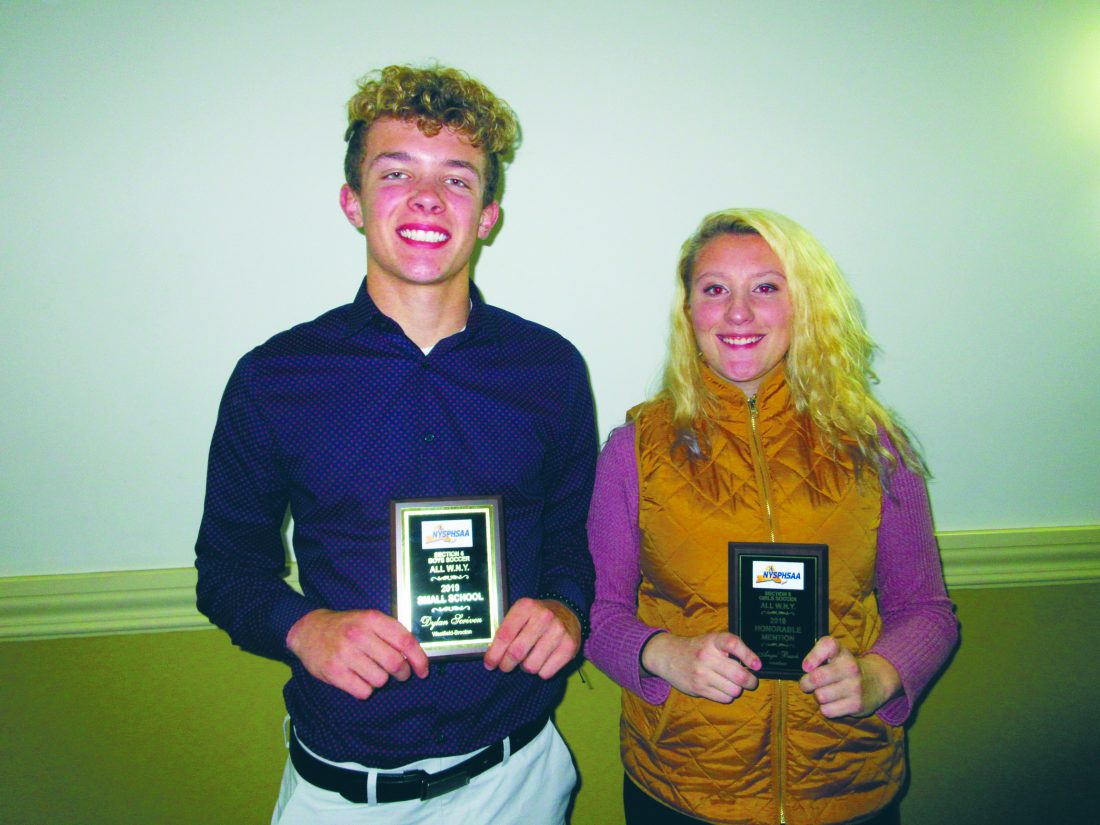 The Westfield/Brocton Wolverines boys and girls soccer teams each captured a CCAA II Central league title this season. Their excellence was recognized all across Western New York, as two Westfield individuals were given All-WNY honors. Wolverines senior defender Dylan Scriven was selected as an All-WNY Small School First Team defender, while Lady Wolverines goalkeeper Angel Busch was given All-WNY Small School Honorable Mention. The two were recognized on Tuesday, Nov. 26 at Antonio’s Restaurant, Banquet and Conference Center in Niagara Falls.

Scriven was previously selected as Defensive Player of the Year in CCAA II Central. He was the anchor to the league’s best defense. As a senior captain, Scriven led the back line to a perfect 16-0-0 record in the regular season, highlighted by 13 shutouts. The team only allowed three goals in the regular season, but saw its season end in the Section VI semifinals with a 3-2 loss to eventual Section VI champion Maple Grove.

Busch was named a CCAA II Central Second Team All-Star, inexplicably snubbed from First Team honors. She led her team to a division title with a record of 13-2-0 overall in the regular season and 10-2-0 in the league. Busch set the Westfield program single season record with 12 shutouts on the year, including two shutouts in the Section VI playoffs to earn a spot in the Class C Sectional title game. The Lady Wolverines were crowned Section VI co-champions, along with Frewsburg, after Busch held Frewsburg scoreless through 110 minutes of play, including four overtime periods, before the game was decided on penalty kicks. Frewsburg advanced on its 10th penalty kick, while Busch even scored a goal in the first round of penalty shooters.