Fredonia Hillbillies set sights on another run to Buffalo State

Poised for another deep run 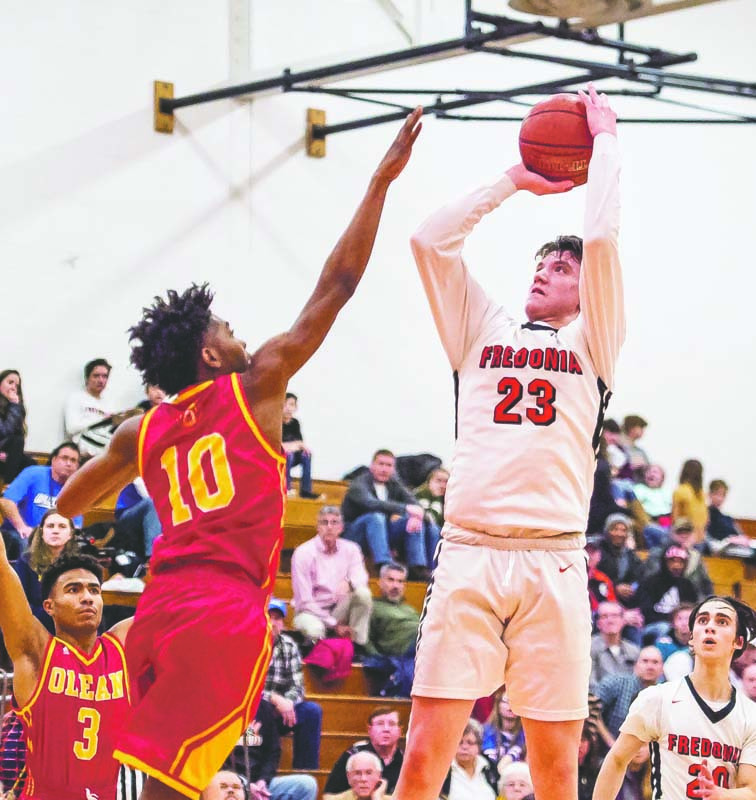 Last year, the Fredonia Hillbillies boys basketball team had one of the biggest statement wins all across Section VI when the No. 9 Hillbillies traveled nearly two hours to face No. 1 Medina on the road in the Sectional quarterfinals and came out with a dominant 59-40 win. The hostile Medina crowd — which deemed it acceptable behavior of a fan to shove Fredonia player Keith Piper in the back during the game — was quickly put in its place by a Hillbillies team that was the better team on the court from start to finish, leaving no doubt that the Hillbillies deserved the trip to Buffalo State College they earned with the victory.

In the Class B1 Sectional semifinals, Fredonia fell just short of City Honors, who advanced to the Class B1 final against Olean with a 53-46 win. Fredonia had chances to win the game, but they just slipped away near the end.

This year, though a lot of the rotation from a year ago graduated in the spring of 2019, Fredonia brings back a core of four players — Tyler Putney, Kaleb Rybij, Alec Schrader and Nick Whitfield — who look to build upon the trip to Buff. State.

“It’s the same expectation as last year to make it there, but this year we want to win,” said Whitfield. “We want to make it through the playoffs and to win the league too.”

Whitfield, a sophomore, enters his second year on the varsity program, as does both Rybij and Schrader. Seniors Colton Kuzdzal and Patrick Reading both enter their second year of varsity as well, and both hope to be part of the rotation this season. 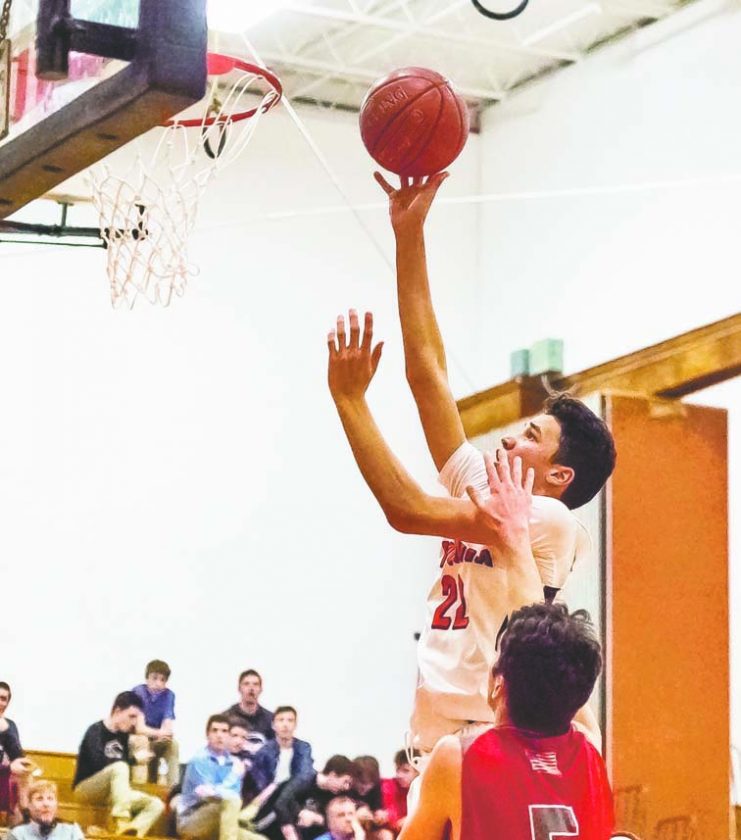 Fredonia’s Nick Whitfield soars over a defender for a layup during a game at Fredonia High School last season. OBSERVER Photo by Ron Szot.

The most experienced player of this year’s team is Tyler Putney, a junior who enters his third full year on the varsity program. Both Putney and Whitfield share the belief that leadership is a key to success for the Hillbillies.

“My freshman year (2017-18) we didn’t have as much leadership. Last year we did, and that really helped,” said Putney. “This year, I feel our leadership is really good. Hopefully, we can have a better year than last year and make it even further.”

Whitfield hopes his experience on the football field as Fredonia’s starting quarterback has set him up to be more of a vocal leader on the basketball court this year.

“That definitely helped a lot. That’s the biggest role in football, you’ve got to be a natural leader,” said Whitfield. “Now I’ll just transition that into basketball. It’s really no different, it’s still just a team where no one gets down on each other. We’re just one big team.”

As the veteran of the bunch, Putney hopes that he can be another vocal leader of the program this year. 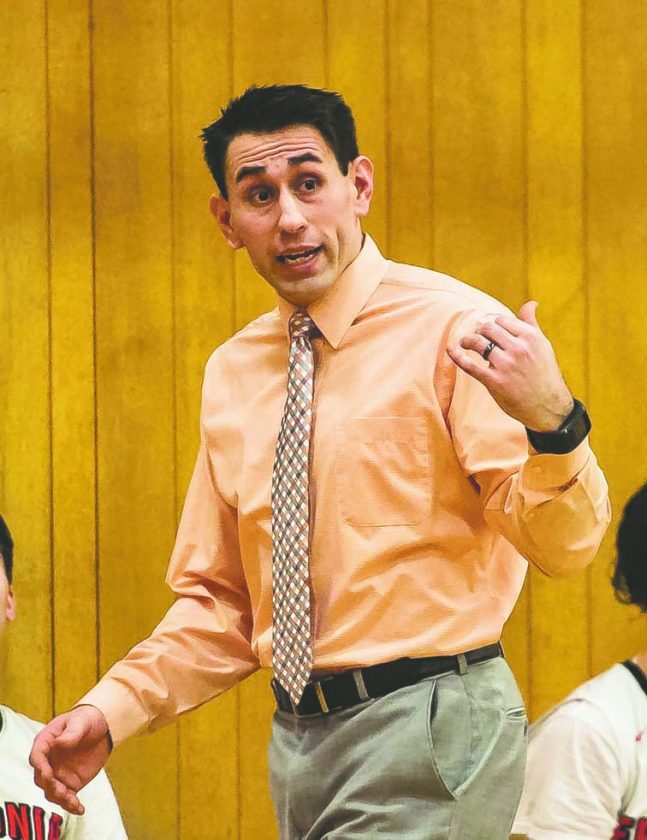 Fredonia coach Nick Bertrando (above) looks to lead his team to another deep playoff run after a successful first season as Fredonia varsity head coach. OBSERVER Photo by Ron Szot.

“The leadership the last few years has made me a better leader,” said Putney. “It’s just a game. We need to play our game and have fun with it.”

Putney started his varsity career as a freshman under former head coach Greg Lauer. While he began as a young sharpshooter, Putney’s talents have evolved over the years. Now he hopes to show more elements to his game this season.

“I can shoot it, but this year I’m looking to drive a little more,” said Putney. “Making people open is a big thing. We’ve got to have good spacing and communication on offense and defense.”

Like Putney, Whitfield believes after a year to grow in the offseason, he’s more prepared to make a difference on the court this season.

“Last year, I wasn’t really used to the speed of the game, since I was a freshman,” said Whitfield. “In the offseason, everything goes game speed, so when we get into games, it’s like second nature.”

Both players also agree that an area for the team to improve on this year is the offense in transition.

“We need to get transition buckets. Last year, we weren’t really good in transition, but this year, we’re doing things to get better at that,” said Whitfield.

“We need to transition a lot better,” added Putney. “Last year, we didn’t have a lot of shooting, and this year we have a lot of guys who can shoot. I feel like our shooting is going to be good, and I think our inside game will be good, too, but we’ve got to rebound.”

Entering the program’s second year under head coach Nick Bertrando, Fredonia hopes to prove that the culture that Bertrando — the former JV coach before taking the varsity position last year — has built upon after Lauer’s tenure will result in continued success. The little things Fredonia does outside of game nights usually results in success under the bright lights.

“All of us have been playing for (Bertrando) for years now. He’s a great coach,” said Putney. “We perfect our drills and in the games, it comes naturally.”

Fredonia’s season begins on Wednesday, with a game against CSAT at Fredonia High School at 7:30 p.m.