Hillbillies travel to PA again, but fall to Harborcreek 59-38 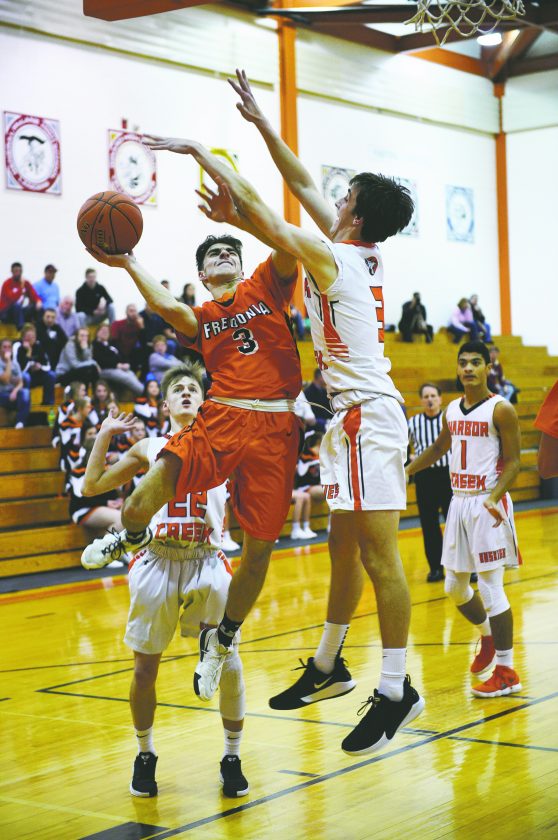 HARBORCREEK, Pa. — The Fredonia Hillbillies traveled across state lines for the second time in four days to face Harborcreek in a non-league boys basketball game at Harborcreek High School. Sadly for the Hillbillies, this time the result was not as favorable. Fredonia fell to Harborcreek by a score of 59-38.

“They played extremely hard,” said Fredonia coach Nick Bertrando. “My aspirations are for us to play that hard for 32 minutes.”

Harborcreek built a big lead of around 20 points, before Fredonia cut the deficit to six points in the third quarter. From then on, Harborcreek regained form and put the Hillbillies away. 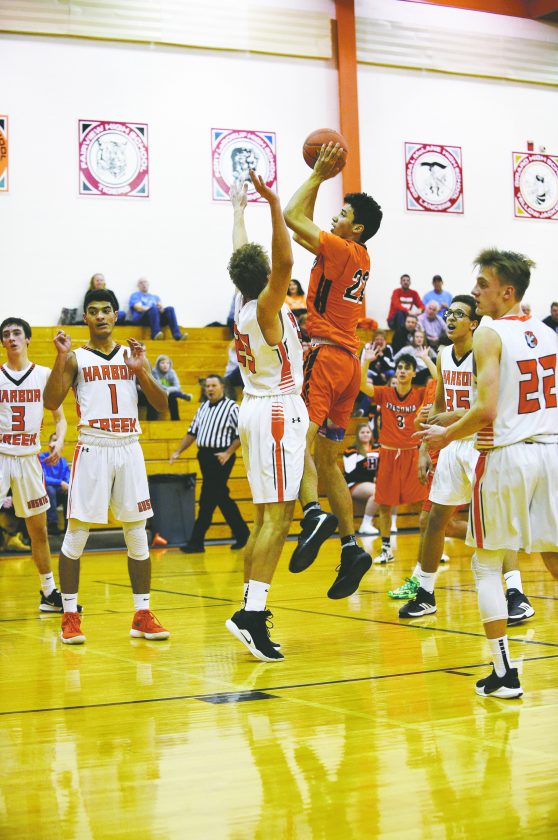 Fredonia had 30 rebounds as a team, split evenly between the offensive and defensive boards. Whitfield had 10 rebounds (5 offensive) and Dom Gullo had six rebounds (4 offensive) along with three assists and three steals, which both led the team. Whitfield also had all five blocks for Fredonia on Tuesday.

Fredonia’s Tyler Putney (5) drives the ball into the lane during Tuesday’s game in Harborcreek, Pa. OBSERVER Photo by Roger Coda. 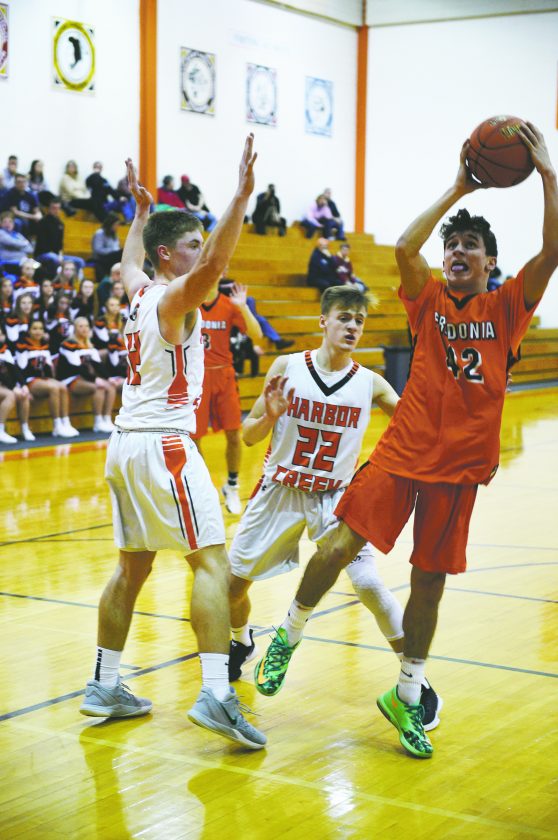 Fredonia’s Dom Gullo (42) shoots a contested shot in the lane during Fredonia’s game on Tuesday at Harborcreek, Pa. OBSERVER Photo by Roger Coda.