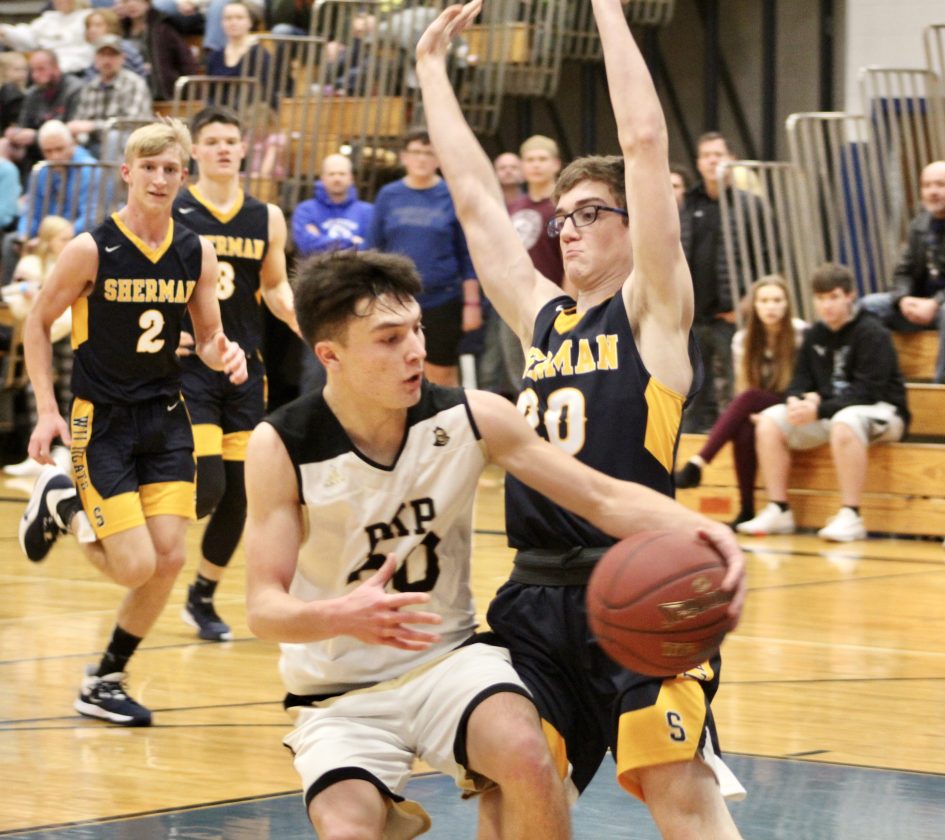 WESTFIELD – The Silver Creek Black Knights relied on their veteran leader on the court to shoulder most of the scoring load on Saturday and it paid off in a big way. Silver Creek’s Dominic Jamison scored a tournament-high 31 points on Saturday evening to propel the Black Knights to a 62-41 victory over the Sherman Wildcats in the third place game at the Westfield Winter Classic annual boys basketball tournament at Westfield Academy.

“I know he’s capable of that. He had a couple of rough shooting nights our last two games, but he found it tonight,” said an impressed Silver Creek coach Ralph Jackson of Jamison’s big night.

“He was just hitting shots,” said Sherman coach Cory Emory. “Last night, we kind of worked on stopping one person, and when that didn’t work out, we went away from that tonight. He’s obviously the one that hurt us, and he just had a great game.”

Sherman scored the game’s first six points on a pair of 3-pointers, but Silver Creek came back with the next seven points to take the lead. The Black Knights only built upon the lead from there, as the advantage grew to 16-11 after the first quarter. Silver Creek led 20-11 in the second quarter after a Spencer Harford 3-pointer and increased the lead to 26-13 on a 3-pointer by Darren Jimenez with 4:16 remaining in the first half.

“We’re not really ready to make adjustments yet. With only four days of practice, we got ourselves prepared as well as we could for the basic things, but the in-game situations that needed big changes, we weren’t ready for that yet,” said Emory. “They outplayed us, played with more energy than us, and just hit more shots. They played really well tonight and we did not.” 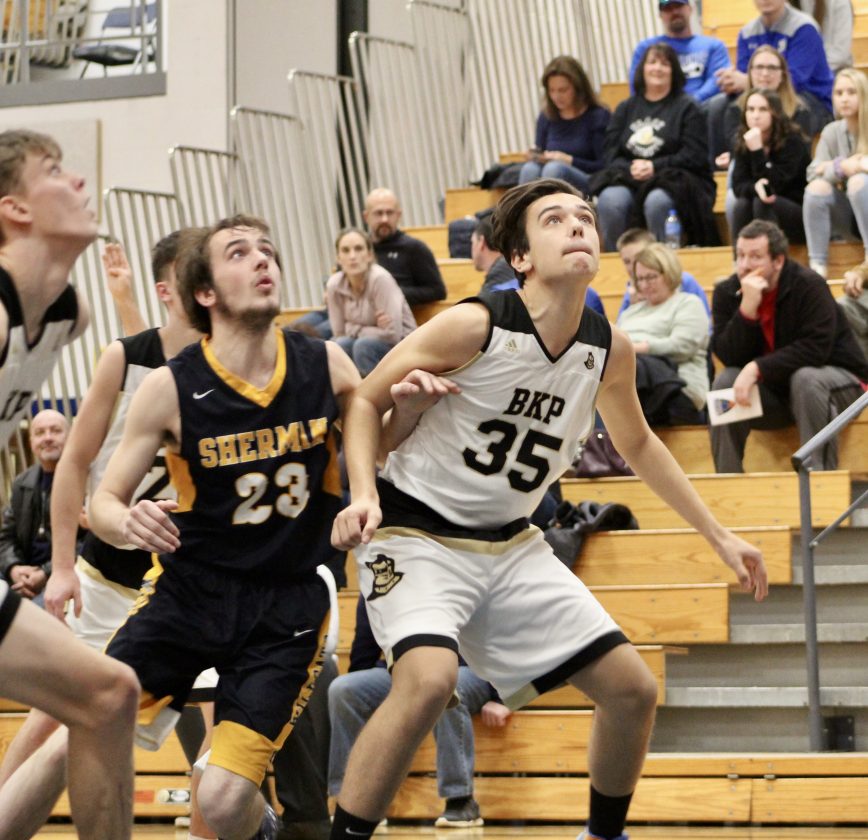 Silver Creek held a 32-16 lead at halftime after a Jamison 3-pointer in the final seconds of the first half. Jamison had 11 points in the first half and followed with 20 points in the second half, including an and-one layup and a 3-pointer early in the third quarter to extend the lead. He then had the same sequence in the fourth quarter, just as Sherman appeared to be showing signs of a turnaround. Jamison had six 3-pointers on the night, four of which came in the second half.

His performance was a welcomed sight for Coach Jackson after a pair of losses began his first season as Silver Creek’s head coach.

“They didn’t hang their heads after last night. They came back to work and they competed,” said Jackson of his team after a 20-point loss to Westfield a night prior to Saturday’s contest. “It’s a good thing that we had a quick turnaround after (Friday’s) game. … I thought we came out with good energy tonight.”

A third place finish might not be what Silver Creek had hoped for coming into the tournament, but the Black Knights played their best game of the season on Saturday and the result reflected it.

“I’ve been coaching in this tournament for a long time. It’s a great atmosphere here, I love coming over here. It’s just always a good time when we’re playing here,” said Jackson, who was previously Forestville’s head coach, which had been in the Westfield Winter Classic in many previous seasons. 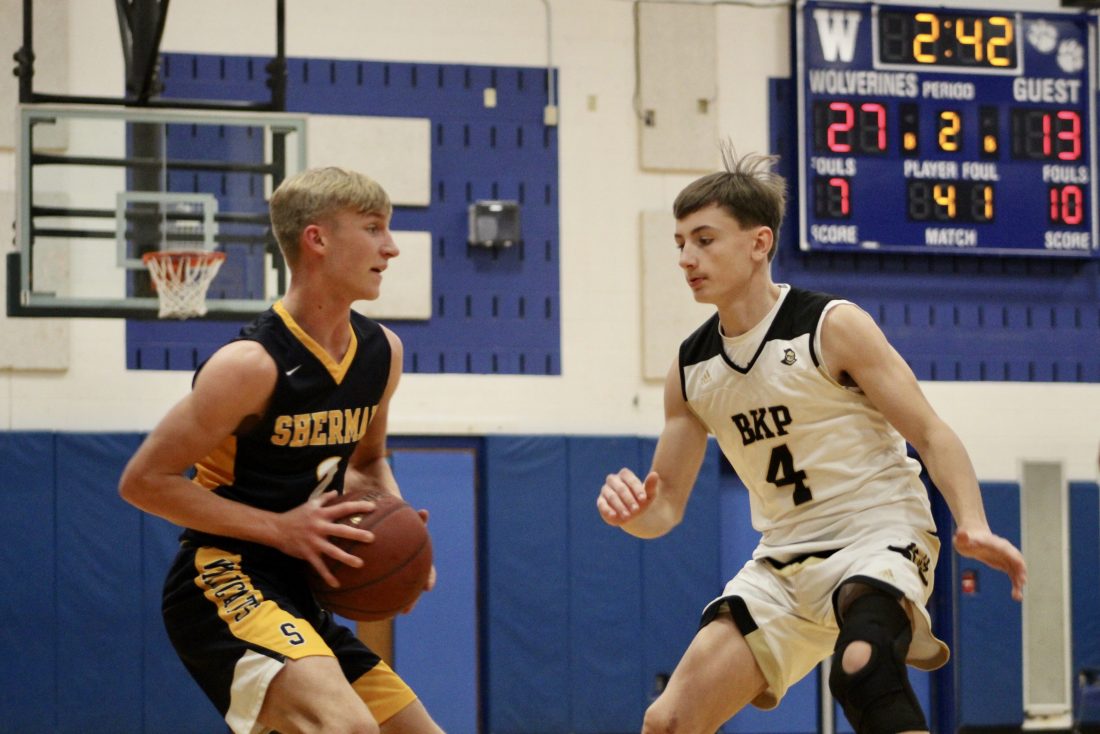 Next up, Silver Creek (1-2) will have a rematch on the road with Ellicottville on Wednesday, after a loss to start the season. Sherman (0-2) has two weeks to practice as a team before its next game, which is a luxury the Wildcats did not have coming into the tournament, with the CSP Wolfpack’s State title run going into basketball season.

“I liked that in the locker room, we still had a positive attitude,” said Emory. “We’re on day six and game two, but we’re more concerned with the middle of February.”