UPDATED: Senior Night on the mats 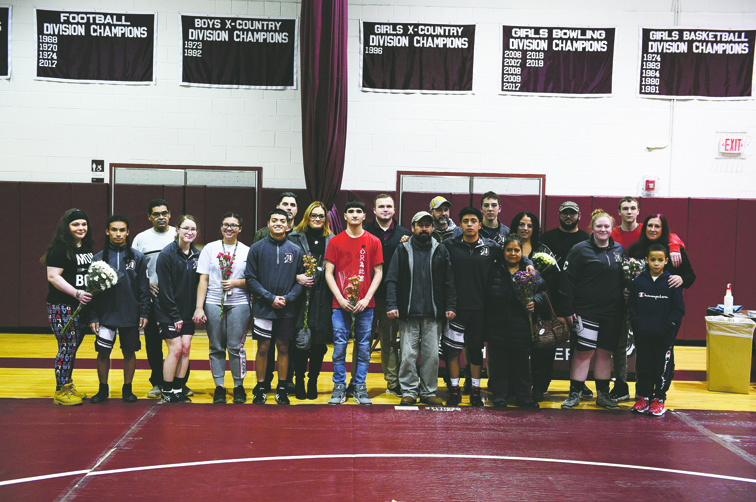 DUNKIRK — The Chautauqua Lake Thunderbirds came out on top of Wednesday’s wrestling duals match against the Dunkirk Marauders by a score of 54-26 at Dunkirk High School. It was Dunkirk’s final home match of the season.

The match started in Dunkirk’s favor, as the Marauders earned forfeit wins at 182, 220 and 285, while Jimmy Bautista earned a 19-3 technical fall victory for the Marauders at 195 over Gavin Segovia.

Chautauqua Lake answered with a forfeit win at 99 and a pinfall victory by Martin Ohlsson over Carlos Rosario in 3:37 at 106.

Dunkirk earned another win at 113, as Gilberto Casablanca defeated Jayden Malecki by a 23-16 decision. 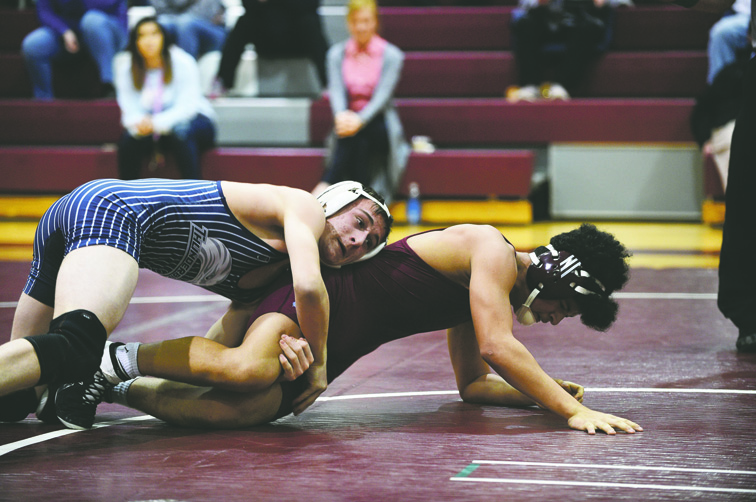 From there, the Thunderbirds swept the rest of the night. Trent Burchanowski pinned Bryan Montalban in 30 seconds at 120, then Hunter Harris followed with a pin of Alegria Solares in just 26 seconds at 126. Next at 132, Bradley Smith pinned Jayden Rodriguez in 2:32 to mark three straight Thunderbirds pins.

Chautauqua Lake then had Brendon Rowe beat Adam Sanchez by a 4-0 decision at 138, while 145 and 160 resulted in forfeit wins for the Thunderbirds. Chautauqua Lake’s John Watson won by an 8-4 decision over Edwin Sanchez at 152, while Zachary Wolcott closed the night with a pin of Scott Korzenski in 2:49 at 170 pounds.

In addition to the match, the Marauders honored their seniors at their final home match on Wednesday. Dunkirk’s seniors honored in order of announcement were: Carlos Rosario, Alegria Solares, Bryan Montalban, Adrian Santa, Adam Sanchez, Bradley Jones and Aubrey DeLeon.

Results were not made available to The OBSERVER until Thursday. 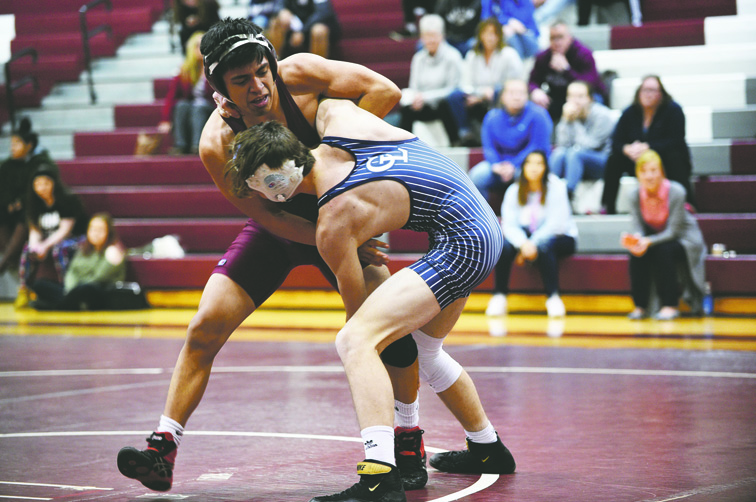 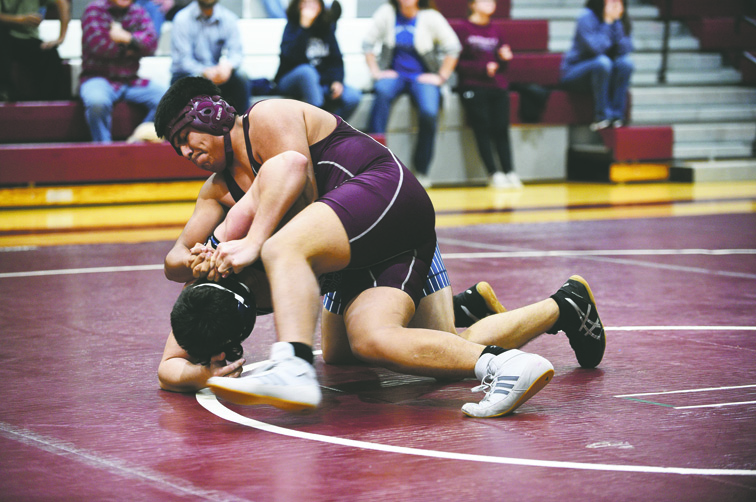 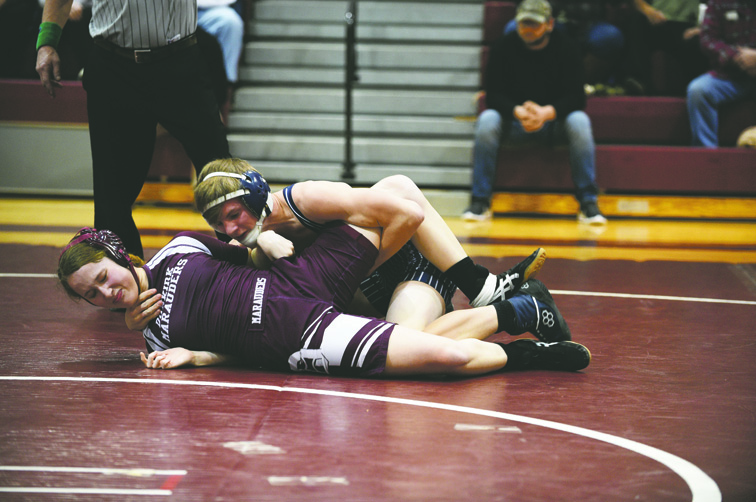 Dunkirk's Alegria Solares (in maroon) tries to escape the grasp of Chautauqua Lake's Hunter Harris during a wrestling match on Wednesday at Dunkirk High School. OBSERVER Photo by Roger Coda.