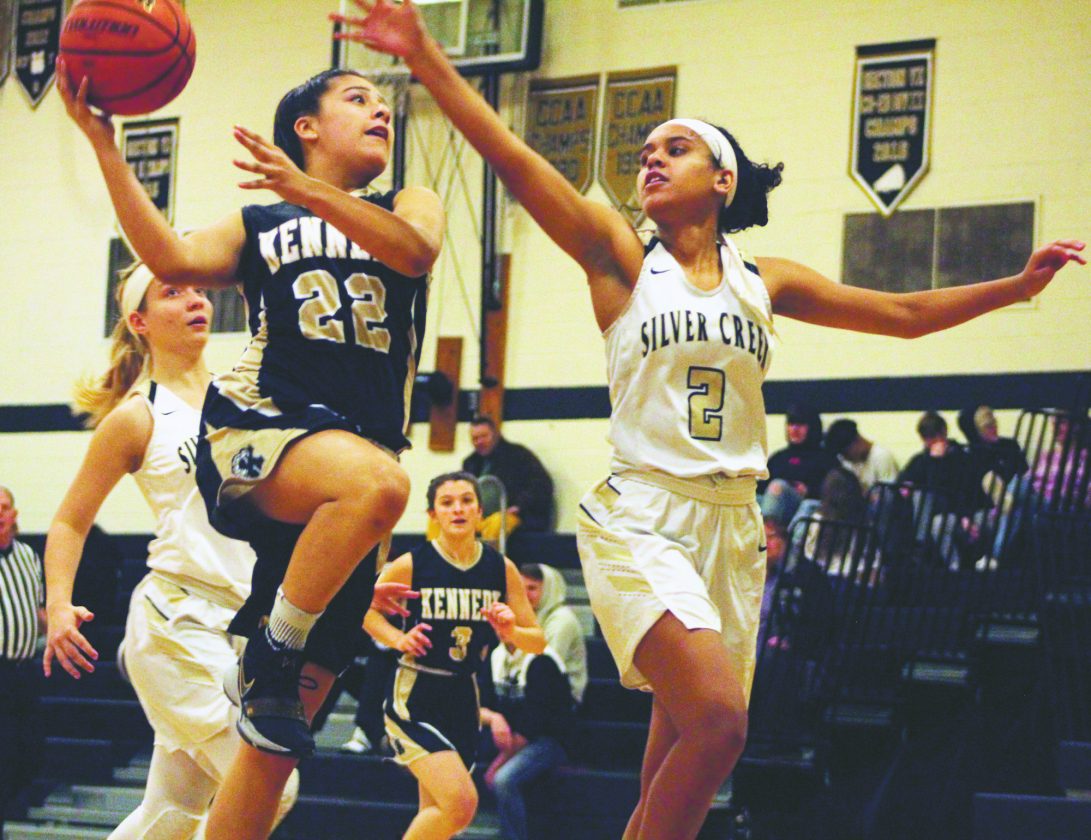 SILVER CREEK — The Silver Creek Black Knights girls basketball team had high expectations this season, but so far, those expectations haven’t resulted in as many bright spots as the team would have hoped. Tuesday, on a night where the Silver Creek and Forestville seniors were honored before the game, the final score would have been hard to complain about.

Silver Creek defeated the John F. Kennedy Bears by a score of 61-15 in a non-league girls basketball game on Tuesday night at Silver Creek High School.

Silver Creek (8-6) didn’t hesitate to jump out in front. The Black Knights, who began the game with five seniors on the floor, started with 10 straight points over the first six minutes of play. That run stretched out to 16-0 until JFK (1-9) converted a free-throw in the final second of the period. The Black Knights led 16-1 after the first quarter.

“I actually didn’t even like the way we started,” said Silver Creek coach Tammy Rice. “We looked unsettled. … I think there is a lot of pressure we put on ourselves on Senior Night. … I wasn’t really happy until the second half.” 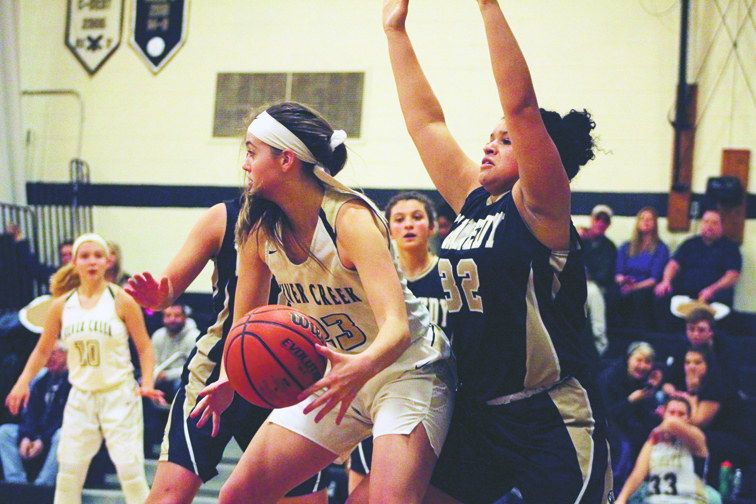 “Kiera has been extremely strong this year,” said Tammy Rice. “She was finishing early on. She did a great job, working extremely hard and finding those pockets in the defense with ease.”

The second half produced a very similar outcome as the first half did. Silver Creek had the first 13 points of the third quarter, then after a JFK 3-pointer, Silver Creek ended with the final seven points of the period. Phoebe Kingsfield, of Forestville, drilled a 3-pointer to cap off a 20-3 third quarter for the Black Knights. The fourth quarter resulted in an 11-6 advantage for Silver Creek. Abby Rice drilled a 3-pointer to finish off the scoring in the game.

Abby Rice finished with 13 points, eight rebounds and six assists to lead Silver Creek in all three categories. Brennan’s 11 points in the first half were the bulk of her 12 points in the game, along with three rebounds. Senior Jaylah Cossin added 10 points and four steals, while Jade Bouvier had six points, five steals, four assists and three rebounds.

Silver Creek hopes to carry the momentum of Tuesday’s victory into the team’s next game, Friday, at Portville.

“There have been some losses for us that the team has been on a high about. … Then, there have been some wins that haven’t felt good enough,” said Tammy Rice. “On Senior Night, there was a lot to feel good about, but there were also moments of disappointment in our play.

… But overall, I’m proud of all the girls. We have a few girls from Forestville with us this year, and it’s been one of the most enjoyable teams to coach in terms of team spirit. The girls are nice and kind, practices are good, but we’re still working on coming together. We’re getting there,” she added.