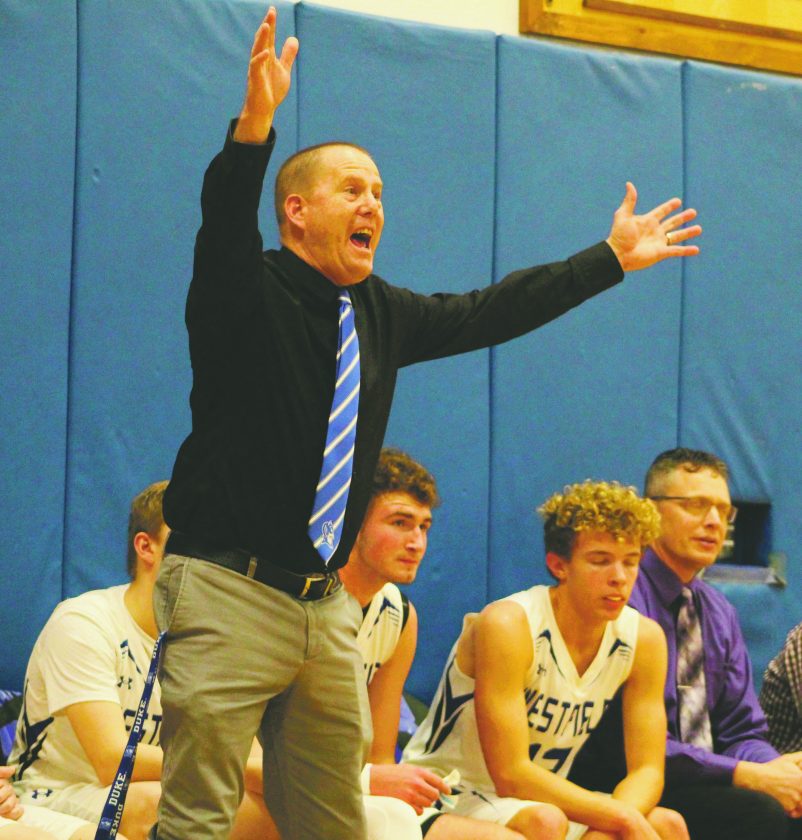 WESTFIELD — Prior to Tuesday’s CCAA Division 2 West boys basketball contest between the Westfield Wolverines and the Brocton Bulldogs, only two coaches in Chautauqua County history had reached 400 career victories. The Wolverines made sure their coach, Bob North, became the third.

North earned his 400th career victory for the Westfield Wolverines with a 69-25 win over Brocton on Tuesday at Westfield Academy.

“It’s just a testament to the kids I’ve had come through here … and that I’m old,” joked North after the game. “I’ve been around for a while and we’ve had a pretty good program around here. We’ve had some really good teams, and we’ve had some teams where we really had to work hard for some wins, so I’ve seen both sides of it. … The fun part is, this year is a really good group, so that makes this a little more special.”

Westfield (10-0, 6-0) didn’t wait long to take the suspense out of the moment. The Wolverines outscored Brocton (3-8, 1-5) by a score of 21-5 in the first quarter after scoring the first nine points of the game. By halftime, the Wolverines led 48-12, while seniors Mike Johnson and Ryan Jafarjian were both in double figures scoring in the first half. Seven Wolverines scored in the first half, including at least six points from all five senior starters and returning sixth man Darien Swanson.

“The continuity with that group of five seniors, they just have very high basketball IQ, one through five,” said Brocton coach Collin Mulcahy. “They play so well together … and they truly play as a team. … I only hope we can have a group of five play as well as that someday.” 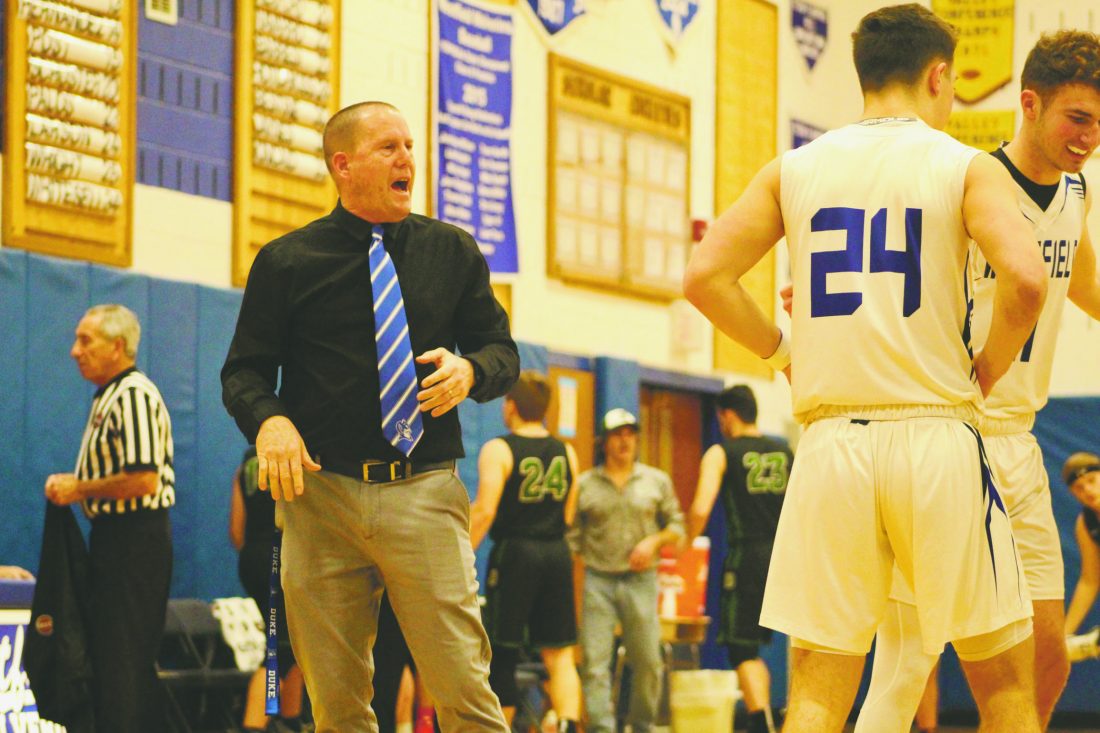 The Wolverines just added on from there. After a 13-6 third quarter, Westfield led 61-18. The Wolverines even outscored Brocton 8-7 in the fourth quarter, despite resting most of their key players for the majority of the period.

“We got after them in the press, which I thought we did a good job of, but we also moved the ball really well,” said North. “When the ball moves that quickly for us, we’re tough to defend.”

Westfield, who has only been truly challenged this year by Panama — the top ranked Class D team in NY State — last Friday, didn’t need any added motivation to take care of business on its home floor.

Add in the fact that the team, known for its unselfish play, had a chance to share the spotlight with its coach, and you get a result where the Wolverines look as dominant as ever. Had it not been for a joke North told early Tuesday morning, many of his players may not have even known the achievement was approaching.

“I don’t think too many people knew until this morning, when I was having fun with the custodial staff. I joked ‘You guys are putting up new rims for my 400th win’,” said North with a smile. “Then all of a sudden, it went through the whole school. Some of the kids saw me through the day at school and they were excited about it. That was neat.”

“They played phenomenal from start to finish. … Everything seemed to work for them,” said Mulcahy. “Congratulations to Coach North. I, as a player, would have loved to play for him.”

One former player who has followed in North’s footsteps is Fredonia Hillbillies head coach Nick Bertrando, who took note of North’s achievement on Tuesday night after his own victory at Chautauqua Lake.

“He’s been a huge staple of that program for so long. I’m proud to say I came through it,” said Bertrando. “In the past 30-plus years, Westfield basketball has been defined by what Coach North has taught. … It’s also a testament of longevity. For him to adapt and be successful in teaching and building young men, it’s very successful.”

North looks back on his time as coach and thinks of how fortunate he was to live a dream he and his late father, Bob Sr., shared of being a basketball coach.

“It was my dad that encouraged me to become a coach. Back in the day, when I had a summer job, he took me to Sterlingworth, a furniture factory out in Falconer — and he gave me the worst jobs possible,” said North. “He told me ‘If you don’t continue your education, this is what you’ll do the rest of your life.’ … He, as a basketball player, was unbelievable. He wanted me to become a coach just as much as he wanted to do it when he was growing up. He met my mom and tried to coach, but unfortunately, things didn’t happen that way for him, but it did for me. I’m really grateful it did.”

North also credited both his mother and his high school coach at Forestville, Tom Herring, for being there for him when North’s father passed away. “When I lost my dad, Mr. Herring did a nice job of encouraging me to still work to be where I am today.

… But the one that’s been a rock for me has been my mom. Here she is, pushing 80 years old, and she comes to every single game. She’s my biggest fan, and I think that’s kind of neat, too,” he said.

His mother, Carol, was in attendance Tuesday — as she always is — with a hug after the game. This time, though, the balloons that said ‘Congratulations’ added another nice touch.