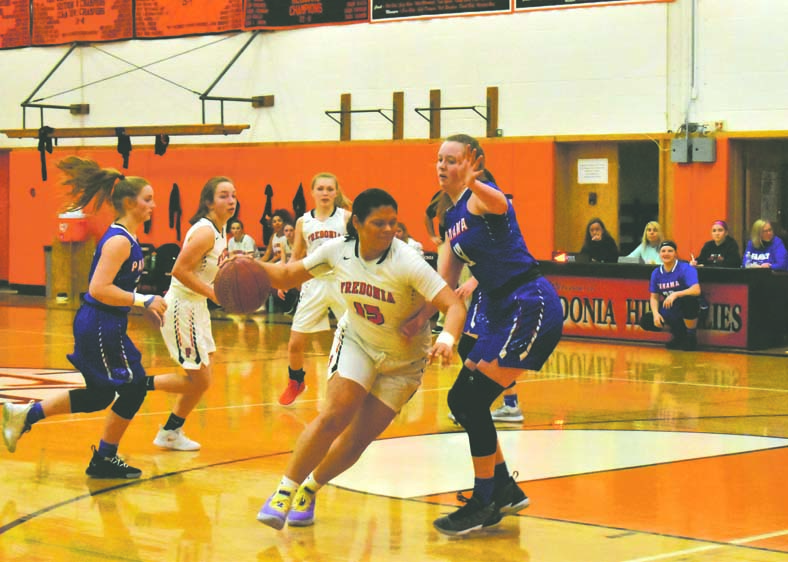 The Section VI class playoffs kick off today with three Dunkirk and Fredonia games on the schedule.

Despite being the Class B2 10-seed, Fredonia (11-9) has earned a home playoff game against 7-seed Health Science (6-3) who does not have a home gym and plays of their games on the road. Both teams are coming in on different streaks, Health Science has won two in a row and Fredonia is on a three game losing streak.

However, if you look at the quality of wins and losses, Fredonia should be heavily favored to win the game. One of Health Science’s worst losses is against Buffalo Seminary, 28-20, and Buffalo Seminary is the quality of competition who has lost to Class D North Collins this year, 28-27. Putting that in perspective, when Fredonia played North Collins they won by 28 points then by 34 points. Tip off for the game will be at 5:30 p.m. tonight at Fredonia High School and the winner punches its ticket to a game at 2-seed Eden (15-5) on Friday.

The other home game on schedule belongs to the 5-seed Dunkirk Lady Marauders (19-1) against the Olean Lady Huskies (3-17) tonight at 7 p.m. at Dunkirk High School. Both are familiar opponents from the CCAA Division 1 West, where the Lady Marauders were undisputed league champions. Dunkirk beat Olean both times with ease 84-48 then 73-54.

It’s always difficult to beat a team three times in one season, but this Dunkirk squad will have no issue with it especially with the extra incentive that Olean knocked them out of the playoffs last year and now they’ll be able to return the favor.

The only boys team in action tonight is 14-seed Dunkirk (5-15) on the road against 11-seed Maryvale (7-13) at Maryvale High School at 7 p.m. The winner of that game will play 6-seed Albion on Wednesday.

Dunkirk is headed into tonight’s game on a four game slide, with the last victory coming all the way back on Feb. 1 against Silver Creek. Maryvale has been in a similar slump, however, all of their recent losses have been by six points or less, while Dunkirk has lost by double-digits.

The Marauders have shown flashes of improvement this season, but the boys season will be over rather quickly if they mirror recent performances.