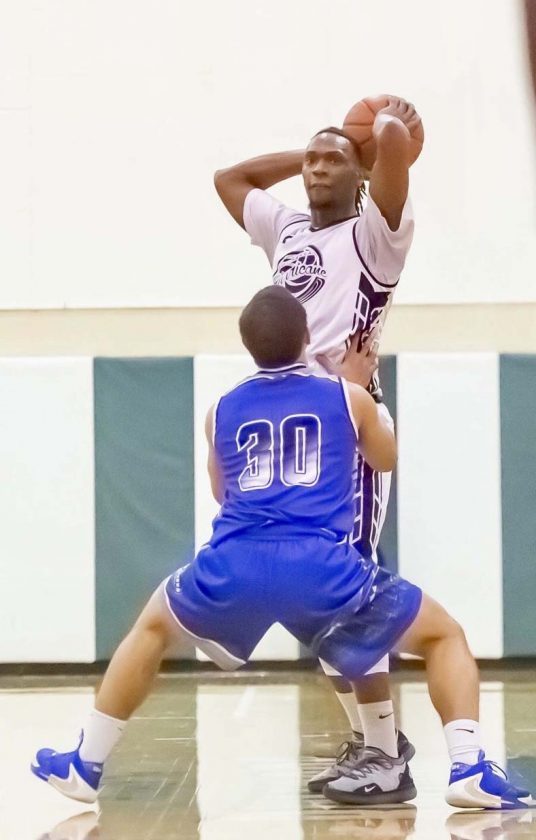 BROCTON — The Chautauqua Hurricane (7-3) continued its hot streak with two big PBL wins against the Rochester Razorsharks this past weekend at the Brocton Central School gym. On Saturday, the Hurricane won a close game 103-97, then on Sunday the Hurricane won again, 100-85.

In the first game the Hurricane got a late run that sealed the deal for them, Sheldon Zablotny went off for 33 points and four assists, Ramoane Eager had 21 points and Kofi Mills had a double-double with 19 points and 15 rebounds.

During the second game the Hurricane were pretty much in control throughout, leading to their double-digit victory. The Hurricane had three players get a double-double, Eager had 10 points and 10 rebounds, Mills had 17 points and 16 rebounds and Nate Hill had 27 points and 13 rebounds. AJ Gore added 23 points and Larry Rivers had 15 points and four rebounds in the victory as well.

The Hurricane will look to continue their winning ways this weekend when they travel to the Dubois Dream for games this Saturday and Sunday.