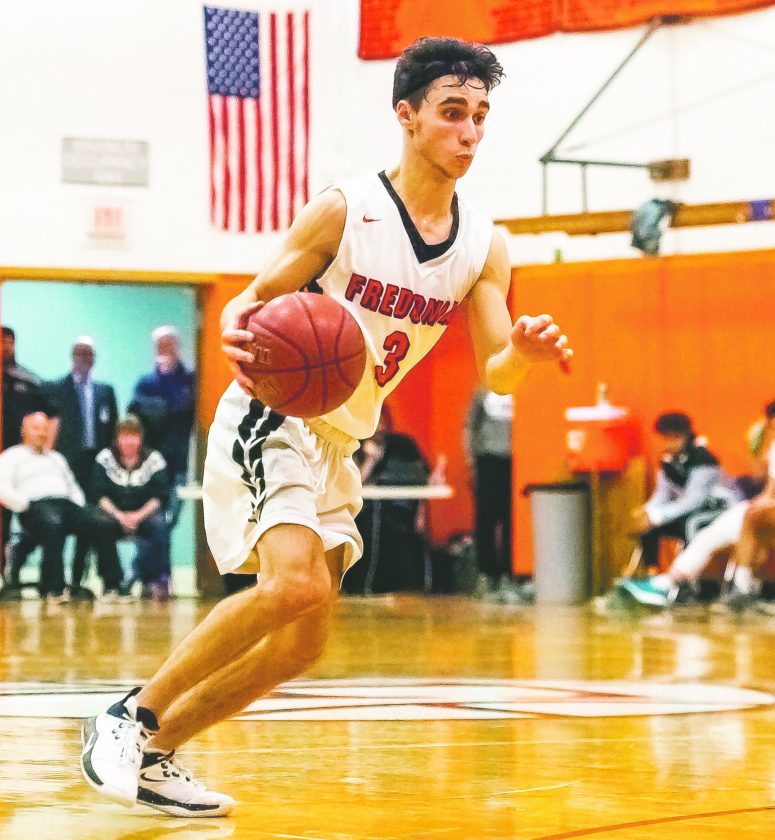 Every season, it seems like Fredonia always runs away with the Scholar Athlete honors when NY State releases the teams that meet the criteria for high school sports’ highest academic honor. On Monday, it was Fredonia once again who brought home plenty of credit for its students’ hard work in the classroom, when the All-WNY Scholar Athletes were first revealed. One local student-athlete stood out among the best of the best, not just in our area, but across all of Western New York.

Fredonia’s Alec Schrader was selected as an All-WNY Senior Scholar Athlete award winner for the winter sports season. Schrader was the point guard of the Fredonia Hillbillies boys basketball team.

Schrader’s accomplishment was revealed by FHS Athletics on Twitter. In the post, Fredonia said, “Congratulations to Fredonia basketball player Alec Schrader who was selected as an All-WNY senior scholar athlete award winner for the Winter Sports season! We appreciate all of your hard work both on the court and in the classroom.”

The annual NYSPHSAA Scholar Athlete Teams will be announced at a later date.