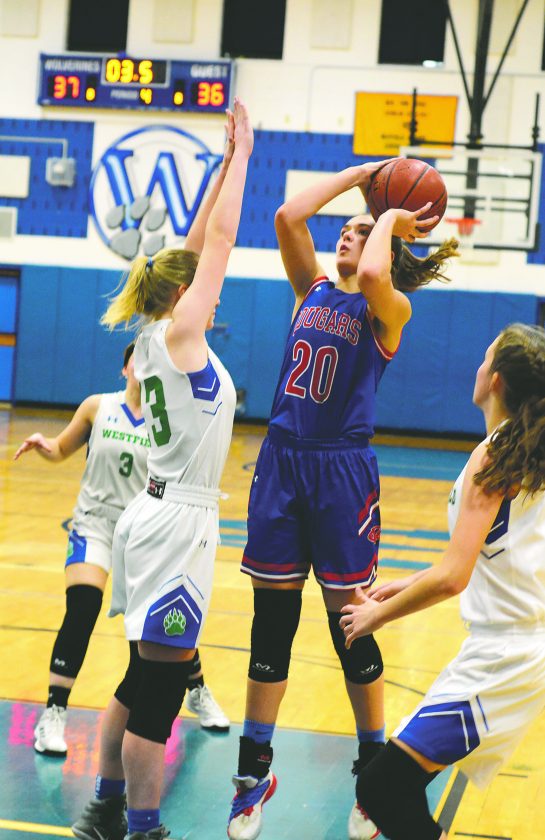 Cassadaga Valley’s Kaylee Pattyson (20) shoots a game-winning shot against Westfield/Brocton during a game in Westfield earlier this year. OBSERVER Photo by Justin Goetz.

Angeletti’s Panama Panthers’ teammates Kylie Schnars and Mandy Brink are joined on the First Team by MacKenzie Gratto and Carrie Sands of Sherman; and Kaylee Pattyson of Cassadaga Valley.

Emily Eckwahl of Sherman and Todd Fryberger of Cassadaga Valley are the Co-Coaches of the Year.

Ruiz, LeBaron, Angeletti, Gratto and Sam Nyweide of Clymer are members of the All-Sportsmanship Team. Clymer is the recipient of the Team Sportsmanship Award.