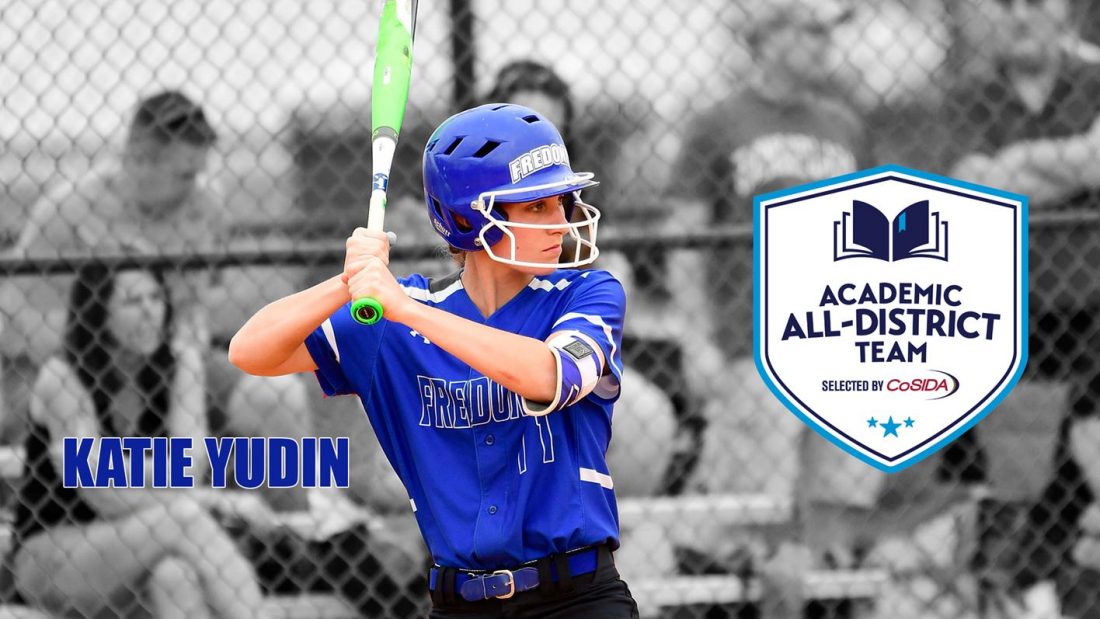 Fredonia State senior Katie Yudin has been chosen as an Academic All-District recipient for her time as a Blue Devils softball player. Photo courtesy of Fredonia Blue Devils Athletics.

Yudin, a four-year starter of the Blue Devil softball team, was recognized as the top NCAA Division III designated player in District 3, which is comprised of colleges and universities in New York State. She is automatically eligible for the CoSIDA Academic All-America team, which will be announced next month.

A Childhood Inclusive Education major, Yudin attained a 3.50 grade-point average through seven semesters (2020 spring semester grades were not available at the time of her nomination). On the field, she pitched and played the outfield — enabling her to be considered in the designated player category — for Head Coach Tony Ciccarello.

Because the COVID-19 pandemic put an end to college sports in mid-March, CoSIDA altered its rules to allow career statistics and achievements to be used for nomination consideration. Yudin has batted .312 in her collegiate career, currently No. 17 on the Fredonia State team list. She’s also No. 13 in home runs, and No. 14 in doubles and total bases. In the circle, she won 18 games with a 3.61 earned run average. She is No. 2 in starts, No. 3 in innings pitched, and No. 10 in lowest batting average by opponent hitters. She also pitched four shutouts.

Due to the NCAA’s blanket waiver which grants 2020 spring student-athletes an extra year of eligibility, Yudin has indicated that she plans on returning to Fredonia State when classes resume to pursue a master’s degree and to play for the Blue Devils in 2021. She is the daughter of Donna and Tom Yudin of Liverpool, N.Y.

Yudin was nominated by Fredonia State Sports Information Director Jerry Reilly, a current CoSIDA member and past member of the Academic All-America committee.