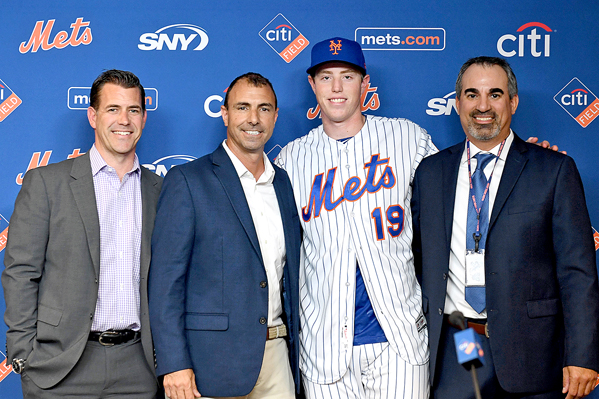 And whether it was former Mets scout Les Wagner who “discovered” Alonso at Henry B. Plant High School in South Tampa, Florida, or area scout Jon Updike who confirmed what everybody noticed as a Gator for three seasons at the University of Florida in Gainesville, or the national crosschecker who gave then-General Manager Sandy Alderson the thumbs-up to take Alonso with the 64th pick in the 2016 draft, the opinion of Alonso was shared by dozens.

“As a rookie, the spotlight was on him after he hit all those home runs early,” Tramuta said late last week from his Fredonia home. “Now you’re talking about breaking Mets records and leading the entire Major Leagues in home runs. It was just an amazing thing to watch. Every home run, no matter where we were, we’d text each other: ‘Did you see that one?'”

Alonso was a win for the front office. 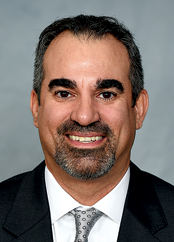 He has only reaffirmed that opinion since.

“The big thing for him is the makeup. We knew it was good, but I don’t think we knew it was going to be this good,” Tramuta said. “He, for a rookie, commanded the clubhouse last year. He’s kind of been the face of the team going forward.”

“I can’t speak more highly of him as a person.”

And they love it.

In today’s world of hot takes across social media platforms, fans dwell on failures much more than they celebrate successes.

Scouts can’t worry about that. If they miss on one draft pick, they hope to hit on one a round later, or a year later or a decade later.

For every Noah Syndergaard, Marcus Stroman and Aaron Sanchez success Tramuta was linked to during the second stop in his professional career in Toronto, he also has been part of several late-round picks who didn’t amount to anything.

Heck, during his first year as an area scout with the Baltimore Orioles, the front office didn’t draft anybody he had scouted the entire year.

“My first draft was 1997. The area scout before me had retired and gave me his follow list. … I didn’t have any history with the players,” Tramuta said. “It was just a big-time learning experience. I got one player in the draft and he didn’t sign. … I didn’t know anybody.

“There was another year in my 11 years as an area scout. You don’t get mad, but you spent the last 12 months working on an area and you don’t get anybody,” Tramuta added. “You can only take one player per round and you understand you are part of the staff. It’s not all about you. It’s about the organization and the team drafting what’s best for them.”

Tramuta has obviously been doing something right throughout his career.

After seven years in Baltimore, the 1988 Fredonia High School graduate moved on to the Blue Jays for nine years.

“Toronto’s assistant general manager Tony LaCava and I were friends,” Tramuta said. “Baltimore in 2003 was going through a little bit of a transition. Toronto had an opening in the Carolinas and Georgia for an area scout. … I wanted a new challenge. … I moved laterally … but the chance to hook up with Tony in Toronto, who’s been a mentor since I started, was too good to pass up.”

Tommy Tanous, who was a national crosschecker in Toronto and had gone to the Mets to be the scouting director, called the Blue Jays in 2012 for permission to talk to Tramuta. A month later, the son of Joey and Janice Tramuta was on his way to the Big Apple.

Ironically, in December of that year, the Mets were working out a trade with the Blue Jays to send pitcher R.A. Dickey to Toronto and asked Tramuta, then the assistant scouting director, his opinion on a couple of pieces that New York was looking at in return.

Should they ask for Sanchez or Syndergaard back in the deal?

Syndergaard seemed like the right answer and by 2015 he was helping the Mets reach their first Fall Classic since the Subway Series in 2000.

“One thing that’s difficult for me and a lot of scouts is that you never really get to sit back and enjoy the work you’ve done,” Tramuta said. “It’s a lot of ‘What have you done for me lately?’ 2015 was one of the first times we sat back and said ‘Wow, we’ve done a good job.'”

It’s a lot harder to hide a prospect or uncover a high school gem in 2020 than it was when Tramuta first got into the business back in the late 1990s.

But hard work can still be rewarding.

“In 2010, Noah (Syndergaard) had pitched the previous summer in the Texas Scouts Association,” Tramuta recalled last week. “The best players in Texas play in this event and he was throwing 87-90 mph.”

The velocity raised eyebrows of almost every team’s area scout at the event, but not enough to consider Syndergaard a future ace at the Major League level.

“He comes out the next year and he’s doing the same thing. … At that time in Toronto, we had expanded our staff to about 25 area scouts,” Tramuta said. “Steve Miller, the signing scout for Syndergaard, kept going back to see him. Other scouts kind of passed, but Steve kept going back and about the fifth time he saw him, ‘Hey, this guy’s velocity is 93, 94, 95.’

“So a bunch of us ran in there in May and we took him right after the first round,” Tramuta continued. “It turned out to be a steal. … Because Steve kept going back and stayed with it, he did a great job with Syndergaard.”

Now firmly entrenched with the Mets, Tramuta can point to Jeff McNeil, Michael Conforto and Alonso as more recent successes.

He is proud of the way he and his staff have adapted to a changing baseball landscape that values launch angle, exit velocity, extension and spin rate.

“When guys go through their high school seasons, rarely do you see them face 90-95 mph with breaking balls. That’s why it’s so important to understand swing patterns,” Tramuta said. “You are trying to match as many movement patterns as you can to big leaguers. … You are not just going in there to see if a guy goes 2 for 4 or 3 for 4. What does their swing look like? You are projecting if he can make this tweak or two.”

When Tramuta was drafted out of St. Bonaventure University in the summer of 1991, he had hopes of making it to the big leagues.

After one season in Yakima, Washington, Tramuta didn’t know much about swing patterns — just that his wasn’t good enough to cover up for the fact that he only 6 feet tall and weighed 165 pounds on a good day.

He finished the 1991 season with a .242 average, a double and nine RBIs in 32 games for the Bears — the Northwest League affiliate of the Los Angeles Dodgers.

He was released following the season and eventually spent a spring training with the Houston Astros, who recognized his arm strength as a shortstop and tried to turn him into a pitcher.

That didn’t work and Tramuta realized if he wanted to stay in the game of baseball, he would need to find another avenue.

Tramuta returned to Western New York in 1994 after his former Bonnies coach Larry Sudbrook offered him a position as an assistant coach. As the director of recruiting, Tramuta also immersed himself into talent evaluation, while completing his degree in communications.

“When I came back it got me into the recruiting aspect, evaluating players, getting into homes and talking to parents,” Tramuta said. “(Sudbrook) was a big influence on my baseball career.”

In the summer of 1995, Tramuta served as an assistant coach for Frank Corsoro, who led the Chautauqua County host team at the Babe Ruth World Series in Jamestown.

That team won a pair of games — the first host team in Jamestown to ever even win one game — and Tramuta was a big part of it.

“We went 2-2 and it was like 3,000 to 4,000 people in the stands. It was one of the more exciting times I’ve ever had in baseball, coaching that team for the month that we had them,” Tramuta said. “When we first got them they were like deer in the headlights, but we started to practice and started to pump them up. We got them to actually believe. I remember jumping out of the dugout for some situations that were just unbelievable.

After 24 years in Major League positions, Tramuta still calls that summer one of his top-five baseball moments.

Like at any job, changes in management affect employees and Tramuta admits he gets a little nervous whenever a general manager is relieved of his duties.

“Any time there’s a change at the top, depending on what position you are in, there’s always nervousness,” Tramuta said. “Some GMs come in and make wholesale changes. Some give the current staff the chance to work and prove themselves.”

When the Mets moved on from Sandy Alderson in 2018, they hired Brodie Van Wagenen whose background was actually as an agent with Creative Artists Agency. But Tramuta pressed on in his role as director of amateur scouting that he was promoted to in November 2016.

“I couldn’t be more thrilled right now. I didn’t know Brodie. I knew some of the guys who worked for CAA, but I didn’t know him,” Tramuta said. “It’s been a great relationship so far to this point.”

The Mets have yet to win a World Series during his time in Flushing, but their Fall Classic loss to the Kansas City Royals in 2015 gave Tramuta a taste of what he might feel if his team ever does win a ring.

“There are just very few times you can sit back and relax because you are always looking toward the next year,” Tramuta said. “2015 was a thrill for me because it was only the second time I had ever had a team in the playoffs. Unfortunately we had some leads in those games late and we blew the leads.”

Even if the Mets do win a title, you probably won’t hear Joe Buck mention “Marc Tramuta” from the podium on the Fox Sports postgame show when he hands the Commissioner’s Trophy to Fred Wilpon.

Tramuta wouldn’t have it any other way.