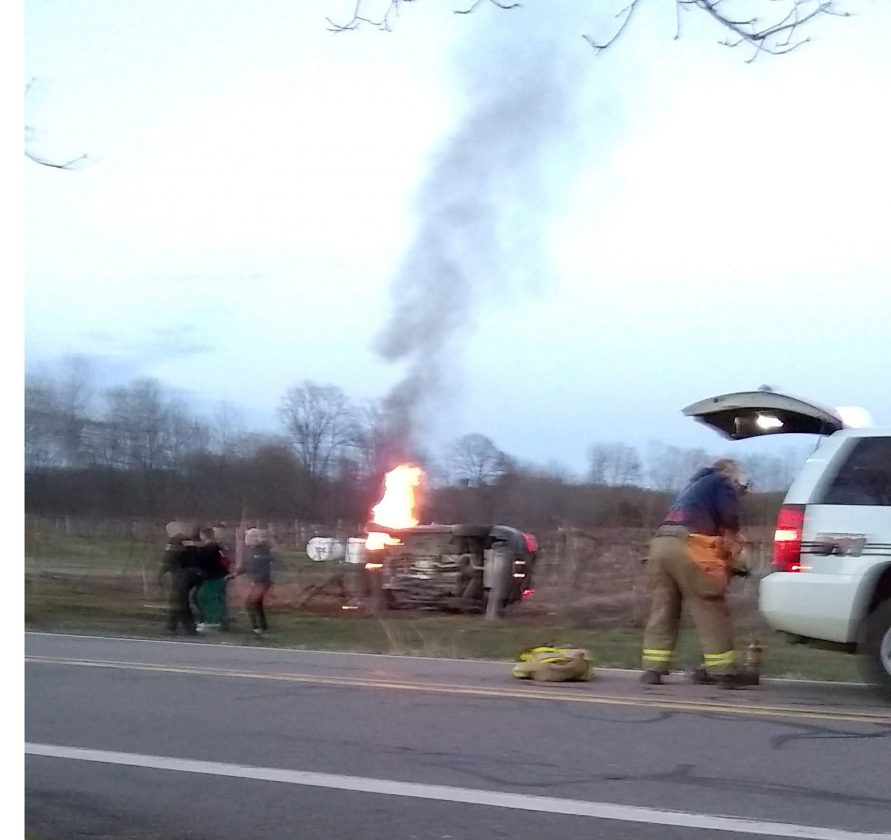 HANOVER — Chautauqua County Sheriff deputies were called to an accident Monday night which was believed to have been caused by drinking and driving.

Shortly after 8 p.m. deputies responded to a crash on Dennison Road in the town of Hanover. Upon arrival, deputies learned that the operator had lost control of the vehicle and left the roadway. The vehicle entered the ditch, struck a culvert and turned over.

According to Linda Kingsley, a witness on the scene, the car also took down multiple grape posts before coming to a rest. The vehicle caught on fire and the driver was removed with the help of a Good Samaritan. The Hanover Fire Department and New York State Police also responded to the scene, according to Kingsley. No injuries were reported.

Hilary A. Villafranca, 49, of Forestville was identified as the operator of the vehicle. It is alleged that Villafranca was intoxicated; she was issued traffic tickets for driving while intoxicated, moved from lane unsafely, fail to keep right and speed unreasonable.