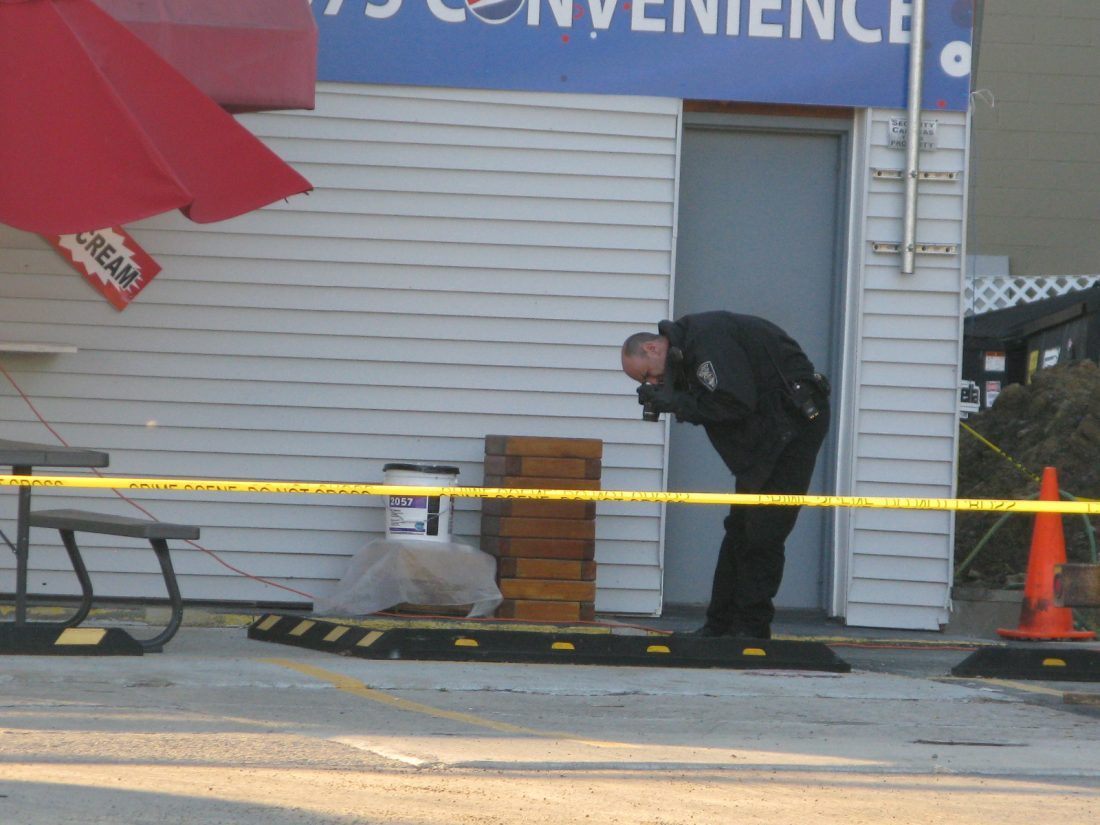 WEST ELLICOTT — Police are investigating the armed robbery of a West Ellicott convenience store this morning.

The two suspects, described as Hispanic men, reportedly parked in a dark-colored sedan behind the Salvation Army on Howard Avenue and walked into the store.

According to Sgt. Matt Kubinski of the Ellicott Police Department, a weapon was involved in the robbery and money was taken though the total amount was unknown.

“Thankfully no one was injured,” Kubinski said.

Afterward, the suspects left in the sedan heading westbound on Fairmount Avenue in the direction of Lakewood, police informed county dispatch after reviewing video surveillance.

Right after the robbery, police were told one of the suspects was wearing a red hooded sweatshirt. A similar piece of clothing was found by Jamestown police lying in the middle of the road on Todd Avenue.

A K-9 unit from the Chautauqua County Sheriff’s Office was brought to the scene and later Todd Avenue. Lakewood-Busti and Jamestown police are also assisting.

More information will be released when it becomes available.