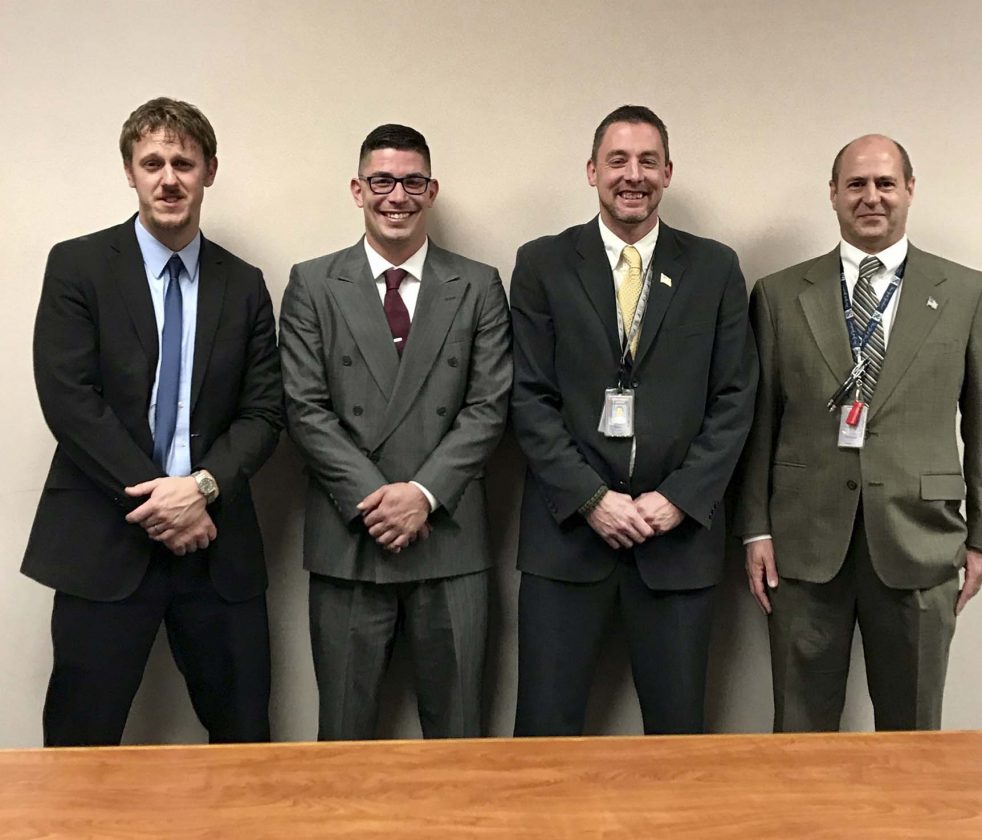 LITTLE VALLEY — After a three-day jury trial in Cattaraugus County Court, Damien Marvin 26, of Salamanca, was acquitted of a felony assault charge stemming from a shooting incident, in Ellicottvile, in December of 2018.

The trial was presided over by the Honorable Ronald D. Ploetz, Cattaraugus County Judge. Marvin was acquitted of a felony assault charge. The jury deliberated for 45 minutes before finding Marvin not guilty of the charge in the indictment. First Assistant Public Defender Benjamin Smith tried the case for the defense, assisted by Public Defender investigators Mark Cunningham and Phillipe Yates.

The prosecution called 15 witnesses consisting of the accuser, the accuser’s brother, civilian witnesses as well as a doctor and law enforcement personnel.

The defense called three witnesses consisting of the defendant’s fiancee and well as two coworkers.

During the evening hour of Dec. 1, 2018, police were called to the Villagio Restaurant in Ellicottville for a report of a shooting which occurred outside the restaurant. Marvin stated to police investigators that he shot Brandon Janesz because he was being attacked outside the bar, by Janesz and his brother, and feared for his safety.

Marvin was involved in a physical altercation inside the restaurant with Janesz and his brother. After the fight was broken up by bar staff, all three men were told to leave. When Marvin got outside, he walked from the Villagio to the intersection of Monroe and Main Street, a distance of 58 yards, but was then chased down by the Janesz brothers, and another fight ensued. It was during this altercation outside, Marvin drew his lawfully possessed and concealed pistol and shot Janesz once in the abdomen.

Smith said he is appreciative of the jurors taking a hard look at all of the evidence presented in reaching the proper conclusion that the government had not disproven Marvin’s self defense claim. Smith said “While there are no winners in a case like this, Mr. Marvin is thankful for jurors fulfilling their civic duty. Marvin is happy to move on with his life and focus his attention on his fiancee and their three children.”