Turning to our memories during trying times 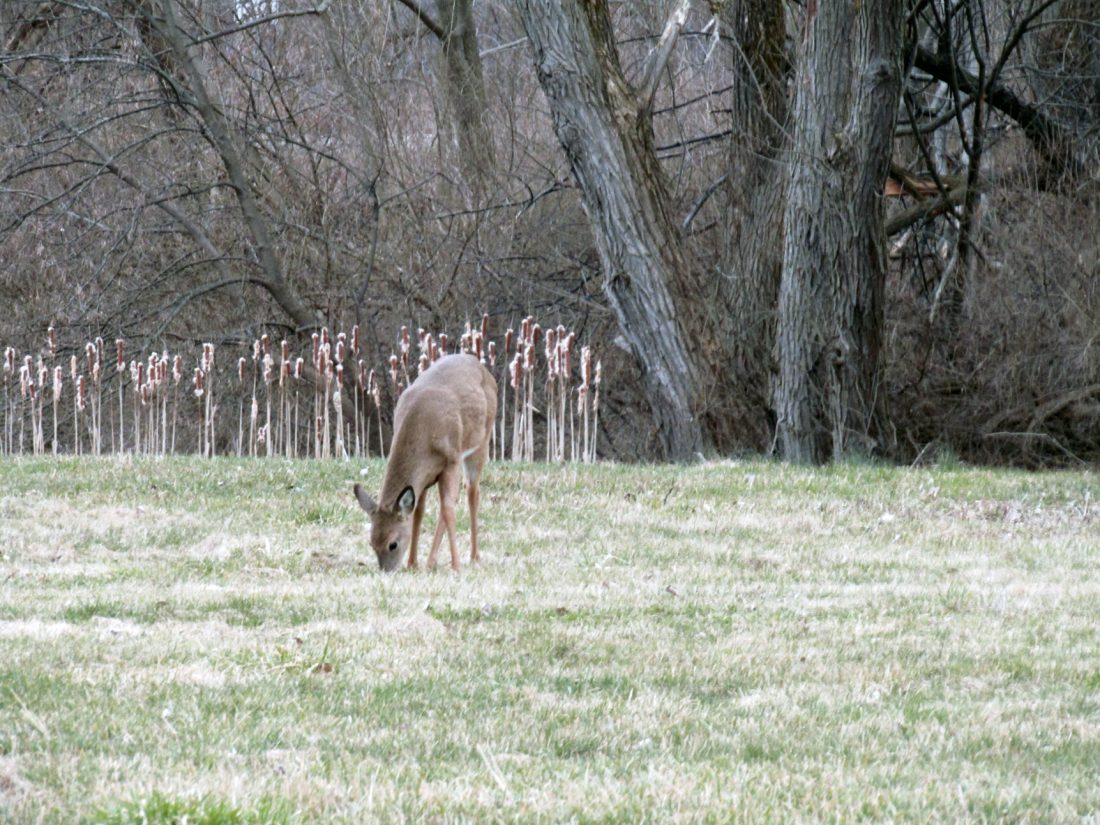 OBSERVER Photo by Gene Pauszek At least the deer population had an easy winter this year.

The novel coronavirus is having a huge impact on all of us. Every day is an adjustment.

Locally it appears to be all about prevention, Thank God! The closing of our local clubs had a sobering effect on the public, no pun intended. I have a friend in a nursing home I have not had the time to visit, due to my health (knees), and my fathers death. Now, even immediate family members are being excluded from visiting.

A few days after my dad Ray passed away, we learned our neighbor across the street (Martin Street) Ed “Cherry “ Wisniewski also passed. Small world. Ed and Ray were both at Mackowiaks funeral parlor at the same time. Neighbors till the end. When I read the obituary on Mr. Cherry, I was surprised they did not mention Ed’s passion for deer hunting. Later I caught up with his three sons Dave, Greg, and Mark and recalled how Ed would be dressed head to toe in “hunter orange,” as well as his boys.

Mr. Cherry seldom would “post” or stand still. He preferred to walk or drive deer towards other hunters that were strategically placed to intercept the deer. Sometimes it even worked, especially if the guys on post could shoot straight.

Mr. Wisniewski would usually whistle while he walked. Always off key. The boys commented that their father, along with his father, built the South Shore Rod & Gun Club building. They also got involved with raising and releasing pheasants.

At one time they even owned a beagle named Skippy, that seemed to bark and poop a lot. All the boys tagged a trophy buck at one point, but it was Dave the oldest son who was the tracker. Dave would pick up the track of a deer and follow it all day if necessary, before shooting it. He could do the same thing with rabbits. He would pick up a track and follow it to it’s hiding spot, picking them off with a 22.

Anyway, the neighborhood, and the families were able to get together to share our memories, and our grief. A short time later, the Obituary revealed Tom Kelly also passed away. I met Kelly through the Friends of the NRA banquet. What a human dynamo Kelly was. All the men who attended were “brothers” and Tom treated you like one. He also was actively involved with the Boy Scouts, especially with shooting sports. He helped the “Con Club” secure a grant for the pistol range, and helped most of the area hook and bullet clubs, with their shooting programs in connection with the NRA.

We liked Tom and will miss him. Not even a month later, due to the virus , public gatherings are not allowed. There is still Social media and Memories. This virus won’t last forever. Memories of the good times and good people will last longer.

Calendar: Anglers note that walleye season is closed and will re-open on the first Saturday of May (May 2).

Due to the novel coronavirus, in the best interest of the public, all unnecessary gatherings and meetings have been put on hold. Local clubs and restaurants have closed. Public services like barbershops, beauty salons etc.. have also been put on hold. How long you might ask? As long as necessary. The Sportsmans Journal is going down to one column per week.It will appear on Saturday .Let’s face it, they shut down Major League sports for the time being. Hunter Safety Training courses are on hold, as well as Pistol permit courses,to name a few. Heck, us old people cannot even get together anymore to play pinochle, or Bingo, because we are the most at risk age group. But it could be worse, and we will get through this. Hang in there!