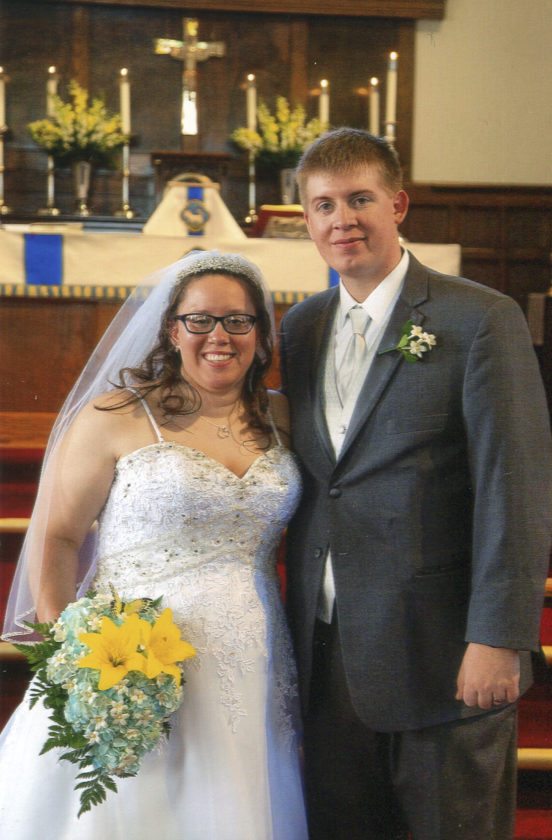 The bride is the daughter of William and Wende Adamczak of Dunkirk.

The groom is the son of Robert McDonald and Suzanne Leven of Wayland, New York.

The bride was escorted by her father. Lucy Hurley of Fredonia was the organist.

The bride chose a traditional bridal gown of white organza over satin designed with a strapless sweetheart neckline, corset back and empire waistline encrusted with crystals and rhinestones above an A-line skirt adorned with silk venise lace cascading to a chapel length train.

Her tiara of rhinestones and crystals along with her single tier fingertip veil of bridal illusion edged with pearls, crystals and bugle beads completed her ensemble.

Her bouquet was fashioned of a cascade of white hydrangeas tinted ice blue with white stephanotis with yellow pearls in the center, and two yellow Oriental lilies.

A reception was held at the Clarion Hotel Marina and Conference Center on Lake Shore Drive East in Dunkirk.

The bride is a graduate of Genesee Community College and Alfred State College. She works for the Livonia Central School District.

The groom is a graduate of Genesee Community College and Alfred State College. He is systems administrator for the Roman Catholic Diocese of Rochester.

The couple honeymooned at Walt Disney World in Orlando, Florida. 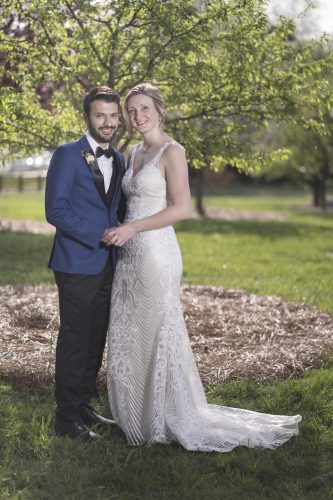