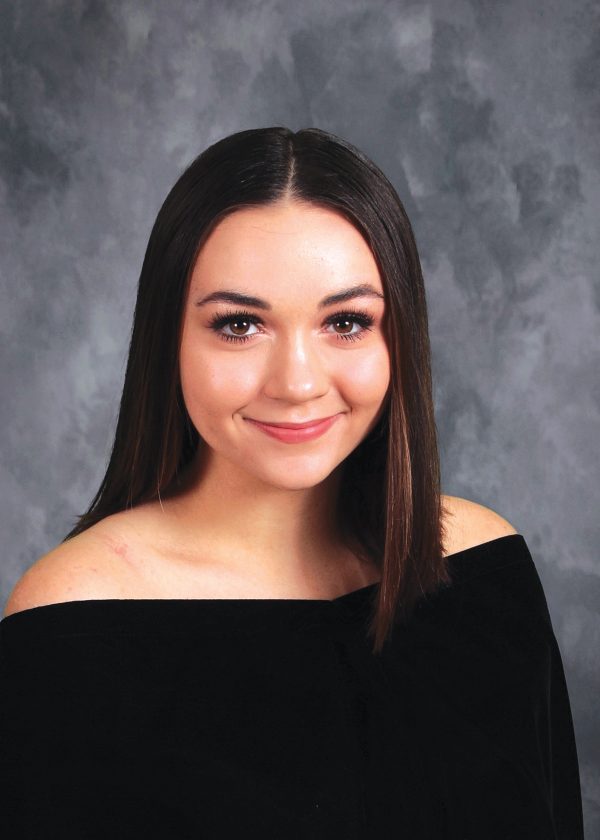 Mackenzie Quinn was selected as Fredonia Rotary Student of the Month for the month of April. She is the daughter of Mr. Jim Quinn and Dr. Susan Johnson of Fredonia. She is a senior at Fredonia High School and will be graduating this June.

Mackenzie is someone who loves to learn, as is reflected in her accelerated coursework. She was able to skip sophomore year of high school after having taken multiple high school classes in 8th grade. During her junior and senior years, Mackenzie elected to take six Advanced Placement (AP) courses, one JCC course and numerous advanced courses. This not only allowed her to rise to the top five in the 2019 class, but, more importantly, she quickly learned the importance of intrinsic motivation, hard work and a good attitude in being successful. Mackenzie is a current member of the National Honor Society, and has received the Principal’s Award for Academic Excellence from 2015 to the present. Recently, Mackenzie was named Fredonia High School’s Student of the Month in English. She tries to further enrich her high school experience by also participating in clubs and activities. During Mackenzie’s junior and senior years, she has been an editor for The Spectator student newspaper. She is currently the managing editor, and is often tasked with copy editing, taking pictures and writing editorial pieces. Mackenzie is a member of Model UN, and was a co-leader of Fredonia’s Kuwait delegation in 2018. She was previously a member of the team that was awarded “Best Paper” in the 2017 competition as well.

Throughout her years at Fredonia High School, Mackenzie has been actively involved in swimming, and her participation has allowed her to develop a strong work ethic and foster lifelong friendships. Mackenzie is a five-time Varsity letter winner in girl’s swimming. She began swimming competitively at age eight and started on the Fredonia High School girls’ swimming team in 7th grade. Mackenzie earned the Coaches Award for three consecutive seasons and the Most Improved Swimmer award in 2016. She was a three-time New York State Section VI Girls Swimming qualifier and finalist, and has earned nine Section VI top-four patches throughout her career. Mackenzie earned a bid to the New York State NYSPHSAA Girls swim championships in 2015, 2016, and 2017, and was a finalist every year. Her senior year season, she was a captain and earned the Most Valuable Player award.

In addition to academics, service to her community and school is also very important to Mackenzie. She has participated in several outreach opportunities, volunteering to work with a multitude of individuals with diverse backgrounds. Mackenzie has been an active volunteer for the Erie City Special Olympics since 2013, where she assists and provides peer support to athletes with disabilities. Outside of school, she enjoys exercising, reading, and spending time with friends and family. She is passionate about politics and civil rights, and is a staunch proponent of equity and tolerance for all citizens.

In the fall, Mackenzie will be attending Syracuse University, double majoring in political science and sociology, with plans of attending law school with specialization in civil rights litigation. 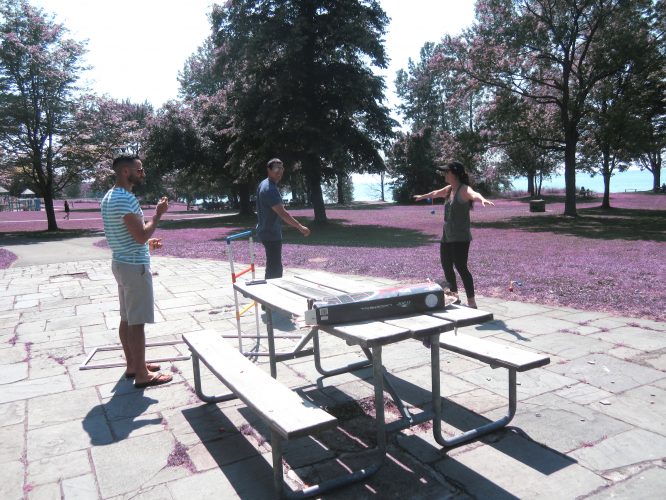