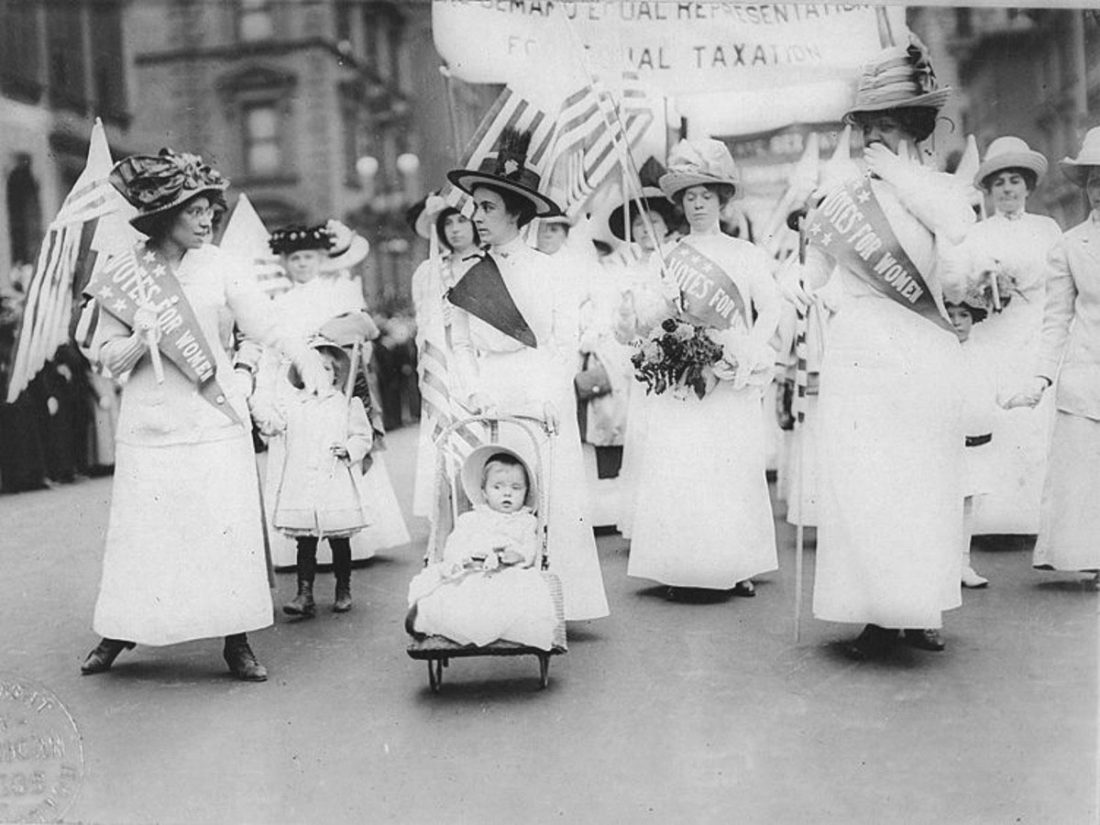 Submitted Photo Pictured are marchers in the feminist suffrage parade in New York City in 1912.

The League of Women Voters of Chautauqua County will read “The Declaration of Sentiments” on July 4 at noon in front of the Fredonia Village Hall and 1 p.m. at the Dunkirk Municipal building.

As we approach the 100th anniversary of the 19th Amendment which granted women the right to vote, the League of Women Voters of Chautauqua has organized this reading to call attention to the rights the suffragists agitated for in the long struggle to win the vote.

“The Declaration of Sentiments” were written by Elizabeth Cady Stanton and Lucretia Mott and presented at the first Women’s Right’s Convention, held in Seneca Falls in 1848. They called for the full rights of citizenship for women, including equal pay and access to all occupations, the right to vote, equality in marriage and divorce, equality in church governance.

Readings of “the Declaration of Sentiments on the steps of the Courthouse in every County in New York State 100 years ago today were a part of the campaign for the 19th Amendment.

Women have yet to win full equality in our country, and continue to call for the passage of the national Equal Rights Amendment. New York’s LWV are calling for an amendment to the NYS Constitution to outlaw discrimination aganinst all classes of individuals protected by the NYS Human Rights Law, including women.

The Chautauqua Center has received $50,000 in emergency grant funding from the medical aid organization Direct ...

Parents and the three- to eight-year-old child(ren) in their life can experience some at-home learning as ...

The Chautauqua Lecture Series will be Father Richard Rohr, OFM, “The Resistance” on Access Chautauqua public ...

JAMESTOWN — The Audubon Community Nature Center is looking for volunteers to help pull water chestnut out of its ...