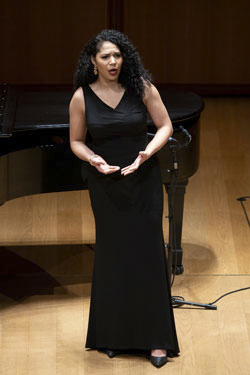 It’s all in the State University of New York at Fredonia family as the Buffalo Philharmonic Orchestra presents “Carmen in Concert” on June 1 and 2 at Kleinhans Music Hall, as part of the M&T Bank Classics Series.

Under the baton of Music Director Joann Falletta, the popular opera by Bizet will include seven alumni in featured roles. In addition, alumna Julie Newell, a SUNY Distinguished Teaching Professor in the Fredonia School of Music, will serve as stage director, and Buffalo Philharmonic Chorus Music Director Adam Luebke, recently named assistant professor of music, teaching voice and choral conducting at Fredonia, will lead the chorus in what is bound to be an exciting performance.

Sharing the stage with mezzo soprano Tamara Gura in the role of Carmen, Fredonia alumnus and tenor Kyle van Schoonhoven will sing the role of Don Jose. Mr. van Schoonhoven, a Lockport native and member of the Fredonia Class of 2011, is a recent graduate of the world-renowned Adler Fellowship at the San Francisco Opera. He made his debut on the San Francisco Opera stage as Young Servant in Strauss’ “Electra.” In 2017, he was a winner of the prestigious Metropolitan Opera National Council Auditions, and in February was one of five winners of the George London Foundation for Singers annual competition. He has received a 2018 Sara Tucker Study Grant, as well as the 2017 Nicolai Gedda Memorial Award from the London Foundation.

Fredonia native and baritone Michael J. Hawk, performing the role of Escamillo, is currently a member of Los Angeles Opera’s Domingo-Colburn-Stein Young Artist Program. He made his LA Opera debut as Prince Arjuna in “Satyagraha” in October 2018. In the 2018-2019 season he sang the title role in the world premiere of Henry Mollicone’s “Moses” under the batron of Maestro James Colon. Next season at LA Opera, he will sing Schaunard in “La Boheme, and Der Sprecher in “Die Zauberflte,” both productions by Barrie Kosky/Komische Oper Berlin, and Sir Walter Raleigh in “Roberto Devereux.” A 2016 graduate and a Fredonia Concerto Competition winner, Mr. Hawk earned his master’s degree in 2018 from Rice University. 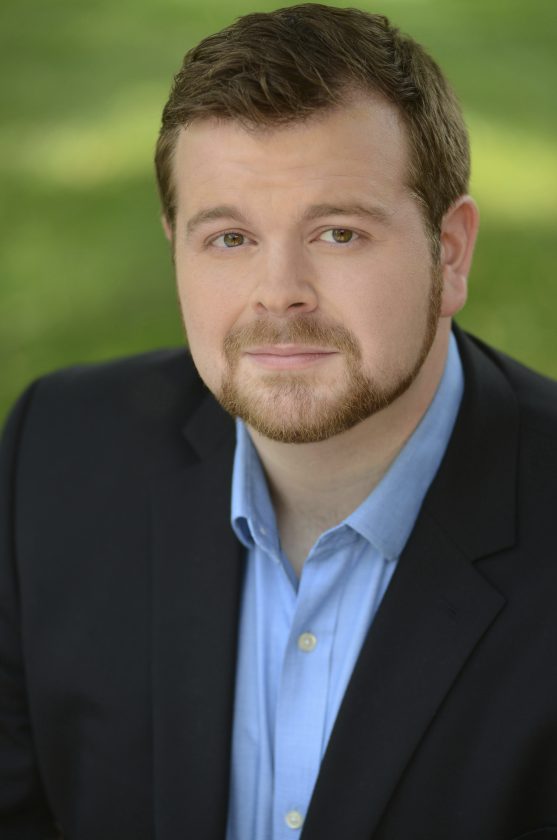 The role of Frasquita will be performed by Lucia Helgren. She earned concurrent degrees in Vocal Performance and Arts Administration as a member of the Fredonia Class of 2017 and was a Concerto Competition winner. Ms. Helgren is currently pursuing a Master of Music in Vocal Performance at the University of Michigan, studying under Dr. Louise Tappin. Recent credits include Cunegonde in the University of Michigan’s production of “Candide, Morgana in its production of “Alcina,” Clorinda in the Brevard Janic Opera Company’s production of “La Cenerentola” and Amy in the Western New York Chamber Orchestra’s production of Mark Adamo’s “Little Women.”

Mezzo soprano Amanda Lynn Bottoms, hailed by the New York Times and Opera News as “commanding with captivating texture” and “a standout,” will sing the role of Mercedes. A graduate of the Fredonia Class of 2014 and a native of Western New York, Ms. Bottoms was a finalist in this year’s George London Foundation for Singers annual competition and received an Encouragement Award. She is also a graduate of the Curtis Institute of Music and The Juilliard School. During the 2019-2020 season, she will make her debut in Opera Philadelphia’s O19 Festival performing Smeraldina in Prokofiev’s “The Love for Three Oranges” and join the Washington National Opera Domingo-Cafritz Young Artists roster.

Tenor James Judd will perform the role of Remendado. He holds a Master of Arts in Vocal Performance from the University of Iowa, and is on the Fredonia School of Music voice faculty. He earned his Fredonia undergraduate degree in 2012 with majors in Vocal Performance and Music Education. Upcoming performances include appearances with the Northwest Indiana Symphony Orchestra in Beethoven’s Ninth Symphony and Orff’s “Carmina Burana.”

The role of Dancairo will be performed by baritone James Wright, who earned bachelor’s and master’s degrees from the Fredonia School of Music. This season, he sang Larry in “Masquerade” with Shreveport Opera, Silvia in “i Pagliacci” with Opera Orlando and Savannah Opera and Figaro in “il Barbiere di Siviglia” with the Gulf Coast Symphony. Recent roles include Richard White in the world premiere of “Alice Ryley” by Michael Ching with Sherrill Milnes.

Recent Fredonia graduate Brandon Mecklenburg, a 2018 winner of the School of Music’s Concerto Competition, will sing the role of Morales. With a major in Vocal Performance, he sang in Hillman Opera productions in the title role in “Don Giovanni” and as King Melchoir in “Amahl and the Night Visitors.” He also sang the role of Dashwood in Mark Adamo’s “Little Women” with the Western New York Chamber Orchestra.

Rounding out the “Carmen in Concert” featured cast are Valerian Ruminski, founder and general director of Buffalo’s Nickel City Opera, in the role of Zuniga; and Alexandra Deshorties, a participant in the Metroplitan Opera’s Lindemann Young Artists Program, in the role of Micaela. Several Fredonia alumni will also perform as members of the Buffalo Philharmonic Chorus.

Tickets are available online at https://bpo.org/events/ or at the Buffalo Philharmonic Orchestra ticket office at Kleinhans Music Hall at 885-5000. 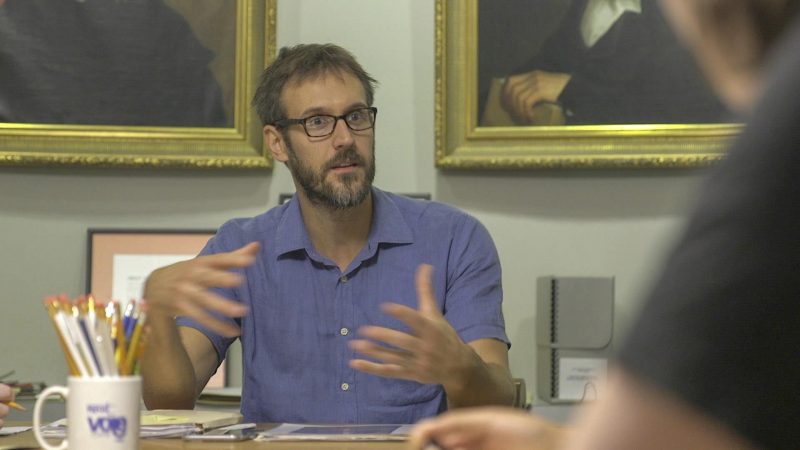 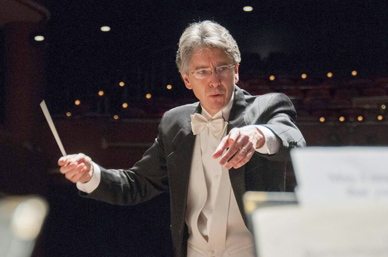 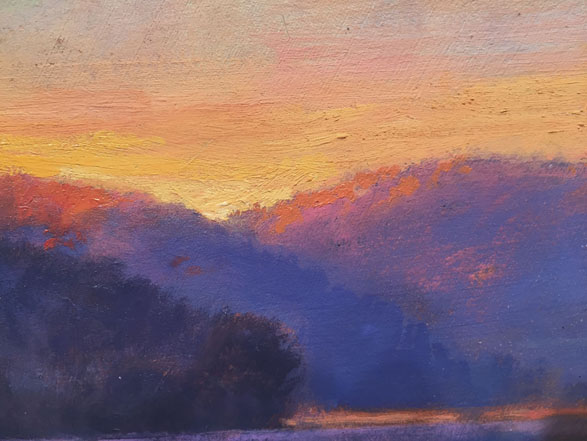