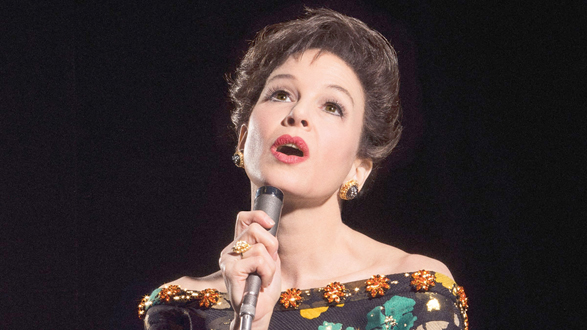 The next feature film in the Opera House Cinema Series is “Judy,” the fall hit movie starring Renee Zellweger as the legendary performer Judy Garland. It will be screened on Saturday, Nov. 16, and Tuesday, Nov. 19, at 7:30 p.m.

It’s winter 1968 and showbiz legend Judy Garland arrives in London to perform a five-week sold-out run at The Talk of the Town. It is 30 years since she shot to global stardom in “The Wizard of Oz,” but if her voice has weakened, its dramatic intensity has only grown. As she prepares for the show, battles with management, charms musicians and reminisces with friends and adoring fans, her wit and warmth shine through. Even her dreams of love seem undimmed as she embarks on a whirlwind romance with Mickey Deans, her soon-to-be fifth husband. Featuring some of her best-known songs, the film celebrates the voice, the capacity for love, and the sheer pizzazz of “the world’s greatest entertainer.”

James Berardinelli, in ReelViews, calls the film “a compelling portrait of the tragic decline of one of America’s 20th century icons.” Adam Graham, in the Detroit News, calls it “a sweet, full-hearted tribute to the beloved screen legend’s final days.” Peter Travers, in Rolling Stone, says “Renee Zellweger performs miracles playing Judy Garland: singing her heart out, baring her bruised soul and acting with a ferocity that ultimately rises to a state of grace.” Rated PG-13 for substance abuse, thematic content, some strong language, and smoking, “Judy” runs one hour, 48 minutes.

The Opera House Cinema Series is sponsored by Lake Shore Savings Bank. Tickets are available at the door for $7 (adults), $6.50 (seniors & Opera House members) and $5 (students) the night of each screening. A book of 10 movie passes is available for $60 at the door or online at www.fredopera.org. For more information, call the Opera House Box Office at 716-679-1891.