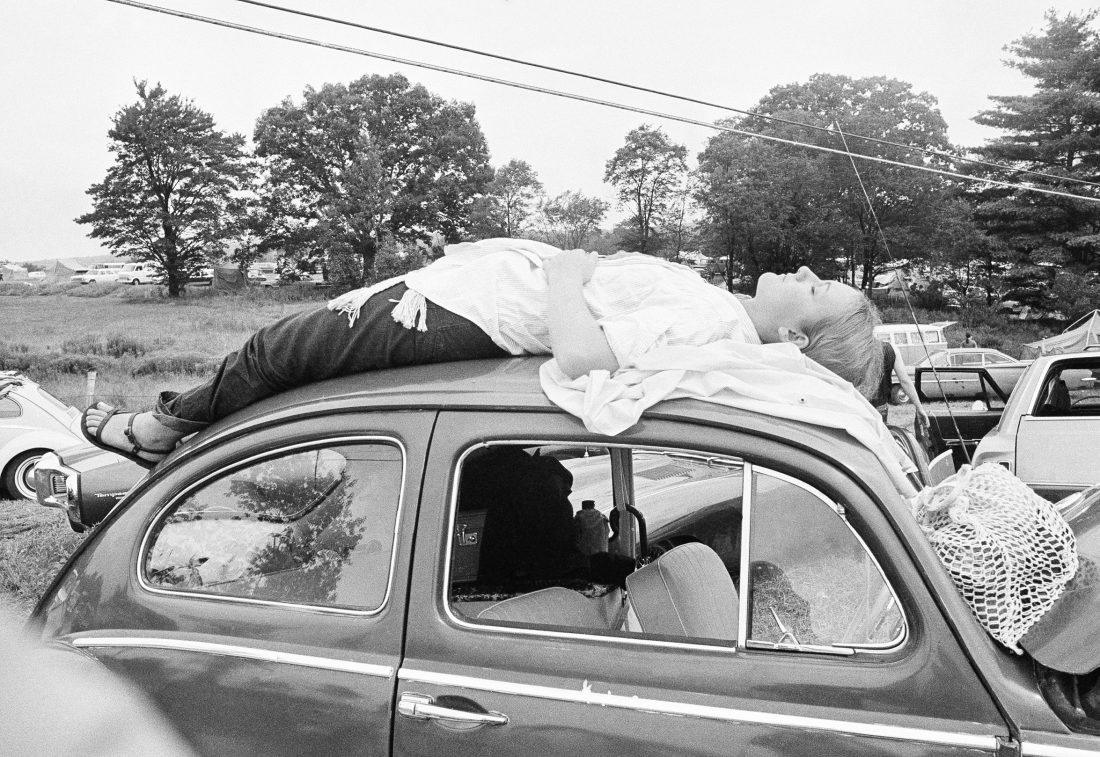 In this Aug. 16, 1969 file photo, a young woman naps on top of her car while trying to reach the Woodstock Music and Art Festival in Bethel, N.Y. Organizers had sold 186,000 tickets; ultimately an estimated 400,000 people showed up for the festival on a 600-acre parcel of farmland. (AP File Photo)

It was 50 years ago. We saw the ad in The New York Times and we knew we had to go.

So it was that I, along with several friends, climbed into my old blue ford and headed down the Thruway from Fredonia to Woodstock. It was Thursday Aug. 14, 1969. I was 18 years old and home from pharmacy college following my freshman year.

We expected to find a small rock festival that would start each day at noon and end each night at 11 p.m. Boy were we in for a surprise.

We got there late Thursday afternoon — the day before the festival started. When we got stuck in the biggest traffic jam ever, I “parked” (ditched?) my car in a farmer’s field and we walked the rest of the way. We were carrying a tent, a small cooler of food and sleeping bags.

After a very long walk in the dark, we finally arrived. We just walked in — no fences and no one to collect the tickets we had bought by mail — $18 for a three-day ticket! They were still building the stage and we heard the sound of hammers all night long. 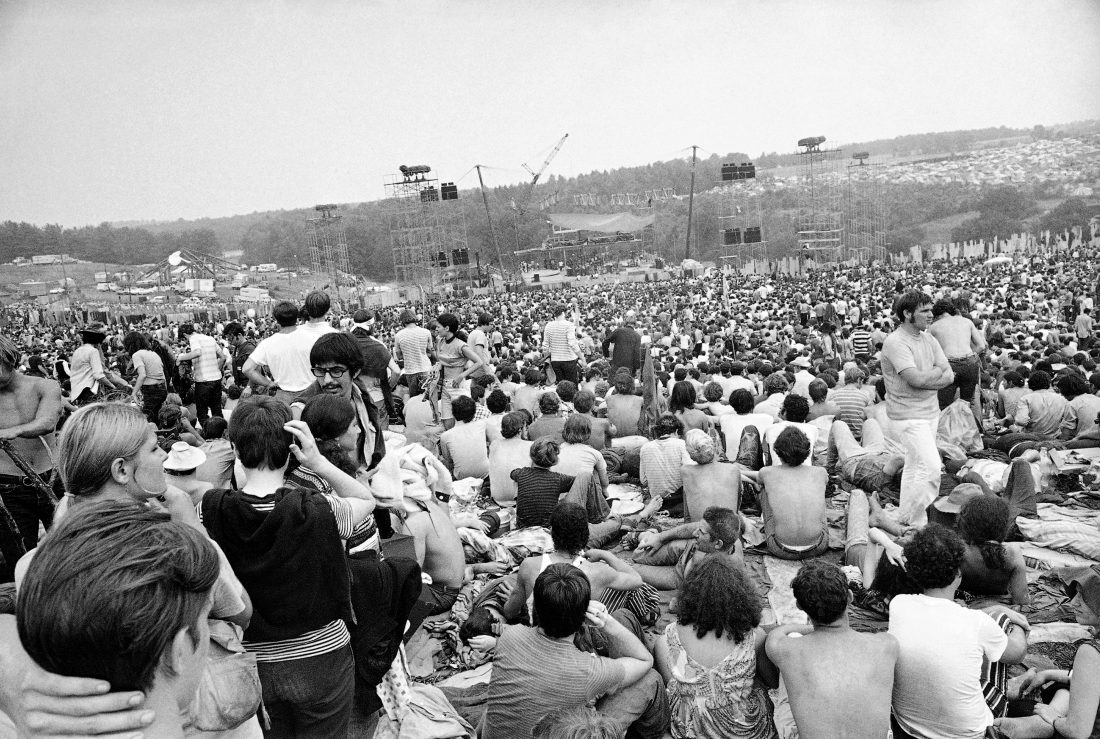 FILE - This Aug. 14, 1969 file photo shows a portion of the 400,000 concert goers who attended the Woodstock Music and Arts Festival held on a 600-acre pasture near Bethel, N.Y. Fifty years at Woodstock, the mystical and messy event that became the father of all musical festivals, the entertainment industry is diluted with festivals and events like it, some genre specific, some extremely diverse and others offering experiences in addition to music, ranging from food to art, in order to appeal to wider audiences. (AP Photo/File)

We met up with two other friends from Fredonia who had driven down in the family Chevy van and we all made our way to the camp area and set up our tent. The next morning we woke up to find that we weren’t alone! It was the biggest crowd we had ever seen … and they were still building and hammering the stage.

The first day’s concert started Friday afternoon with Richie Havens — and we found ourselves at the back of the crowd. Havens looked about 3-inches tall from where we were sitting. We decided that we hadn’t come all this way to be so far away from the music. So we started making our way steadily through the crowd until we were up front and close to the stage. And we stayed there for the whole festival. We literally had front row “seats” for it all.

The first night was all folk music — Arlo Guthrie, Melanie, Tim Hardin, Ravi Shankar, Joan Baez. It rained lightly — but more rain was to come. Baez ended at 2 a.m.; we returned to our tent. I love folk music so I was happy.

On Saturday morning I stood in a very long line to use a pay phone to call my parents to assure them we were OK. My parents were understandably concerned by what they were reading and seeing on TV.

I also found time to wander around the concert site, checking out all the cool booths and exhibits in the woods. 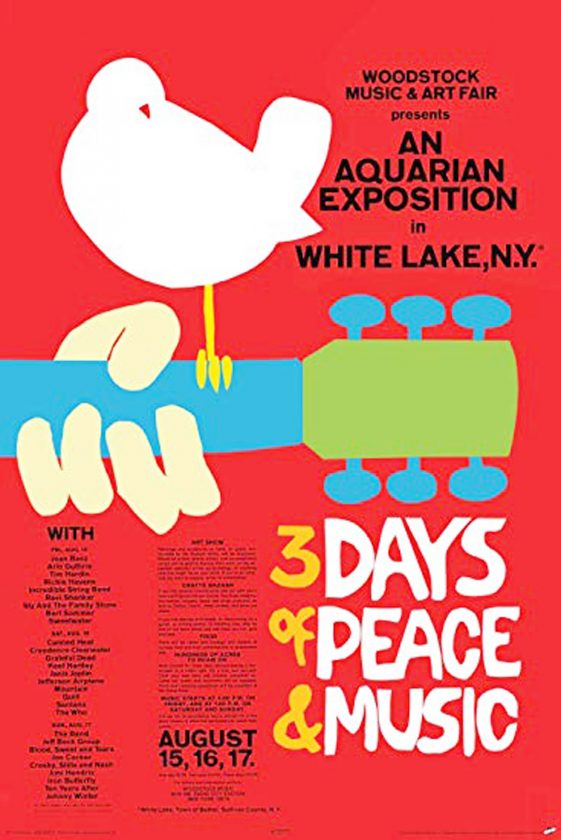 You’ll all be relieved to know that I kept my clothes on at all times. Honest I did!

Saturday’s line-up was all rock ‘n’ roll. It started at noon with Quill (who?), Country Joe McDonald, Santana, John Sebastian, Mountain, Grateful Dead (I fell asleep during their set — even they agree that they were pretty awful that night), CCR, Janis Joplin, Sly & the Family Stone and The Who (A definite highlight for me — they played the entire “Tommy” album and the sun came up during their set).

It was now 6 a.m. and I returned to the tent for a snooze. This caused me to miss the Jefferson Airplane — this was the first performer I had missed so far. Sigh …

One of the most amazing things was the complete lack of violence, crime or bad vibes. In the face of shortages of food, water, shelter, and toilets, nearly 500,000 people hung together and took care of each other.

Try putting that many people in one place today in similar conditions … how long do you think it would take before they start trying to kill each other!

(The only moment of violence was when Abbie Hoffman grabbed Pete Townsend’s microphone to make a political statement and Townsend hit him in the mouth with his guitar, telling him to “get the F*** off my mic.” That was it.) Years later I read one of Abbie’s book in which he denied it ever happened. I saw it with my own eyes — it happened, Abbie.

The Sunday concerts started at about 2 p.m. with Joe Cocker. Then all hell broke loose as the thunderstorm from Hell happened. The site became a giant field of mud. It was pretty crazy. I learned years later that there was a very real concern that we all could have been electrocuted by the underground electrical cables that became exposed by the torrential rain. Whew! Glad I didn’t know.

The concerts picked up again at about 6 p.m. with Country Joe and the fish, The Band, Johnny Winter, 10 Years After, The Band, Blood Sweat & Tears, and CSNY. Not a bad line up. It was now 4 a.m. and I returned to our tent for sleep. As a result I missed Paul Butterfield (a big regret) and Sha Na Na (not a big regret! Ha !)

I was back on duty by 9 a.m. Monday morning when Jimi Hendrix hit the stage to close the festival. Honestly, I was exhausted, muddy and filthy, and I had already seen Hendrix twice before. I wanted to leave for home then and there. Thank God it wasn’t up to me. One of my friends was adamant. He said, “I came here to see Hendrix and I’m not leaving.” I’ll always be grateful to him for that because I got to witness Jimi’s amazing closing set. Most of the crowd had already left.

Who were the crowd favorites? Definitely Santana, Sly & The Family Stone, Joe Cocker and Joan Baez. My favorites? I would add The Who, The Band, Arlo Guthrie, and CCR. I didn’t include Jimi Hendrix because there were only about 15,000 left out of 500,000. Most of the crowd never saw him. Thanks again to my friend for convincing me to stay and see him. He was amazing.

So at 11 a.m. Monday morning — four days after we had arrived — we headed back up that long road to find my car. It was right where I left it, in that farmer’s field. Surprisingly there was no traffic jam (most of the crowd had left the day before). We stopped at a restaurant for lunch (Liberty N.Y. or Monticello N.Y.?) We were tired and muddy and the other customers stared at us with amusement but we didn’t care. We were hungry and exhausted.

As we drove home to Fredonia we talked about what we had experienced over the past four days and it began to sink in just how historic and epic it had all been. Our fatigue and exhaustion soon turned to awe as we rehashed the events of Woodstock.

When I got home my parents were relieved to have me home alive and well. My mother threw my dirty clothes away (she also threw out my unused Woodstock tickets which broke my heart).

I consider myself very fortunate to have been at this once in a lifetime happening. It can never be duplicated. It was truly a time of innocence. It was before big business and corporations took over the music and concert business.

Prior to Woodstock the music industry never dreamed that 500,000 kids would show up for a concert — the cost for a three-day ticket was only $18. When they saw that many kids sitting in that field they heard a loud “Ka Ching” and today we have concert tickets that cost several hundred dollars and corporate rock and roll. I think it’s appropriate that the “Woodstock 50” festival was canceled this year. They could never re-create what happened 50 years ago.

Just imagine 500,000 people in one place. Not enough food and water, not enough toilets, not enough medical services, and throw in a torrential thunderstorm. And yet there was no crime, no greed, and no violence. Everybody looked out for one another.

As the song says, “We’ve got to get ourselves back to the garden.”

They say that if you remember Woodstock, you weren’t there! Well I was there and I remember it clearly!

Michael McEntarfer is a Fredonia resident.

In this Aug. 16, 1969 file photo, a young woman naps on top of her car while trying to reach the Woodstock Music and Art Festival in Bethel, N.Y. Organizers had sold 186,000 tickets; ultimately an estimated 400,000 people showed up for the festival on a 600-acre parcel of farmland. (AP File Photo)

FILE – This Aug. 14, 1969 file photo shows a portion of the 400,000 concert goers who attended the Woodstock Music and Arts Festival held on a 600-acre pasture near Bethel, N.Y. Fifty years at Woodstock, the mystical and messy event that became the father of all musical festivals, the entertainment industry is diluted with festivals and events like it, some genre specific, some extremely diverse and others offering experiences in addition to music, ranging from food to art, in order to appeal to wider audiences. (AP Photo/File) 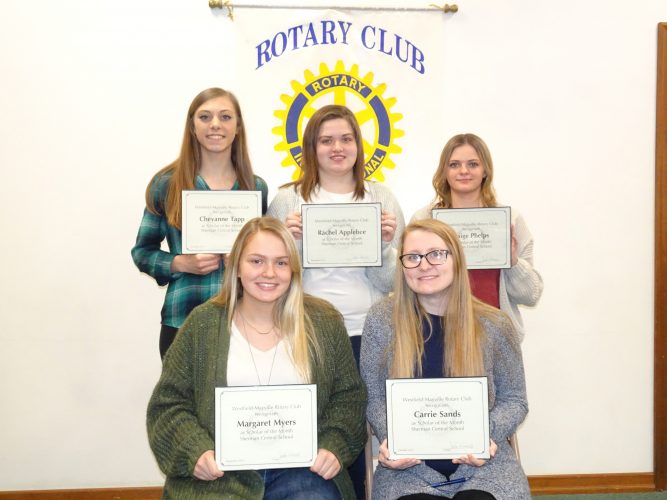 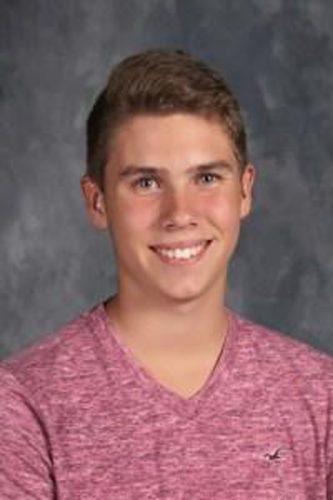